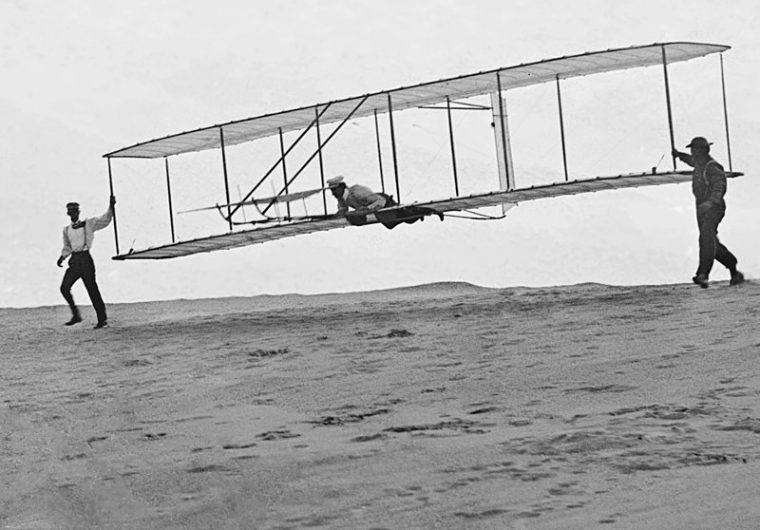 It’s a long-standing rivalry between Ohio and North Carolina: who was first in flight? The Wright brothers — born and raised in Dayton, Ohio — designed the first power and sustained airplane flight, but the flight itself took place on the North Carolina coast in Kitty Hawk.

There are large debates around which state truly has claim over the ancestry of aviation. North Carolina license plates read, “First in Flight,” while license plates throughout the state of Ohio wear the slogan, “Birthplace of Aviation.” According to The Guardian, this step was actually a sort of truce — an attempt to settle the feud once and for all. But tensions are not fully resolved. 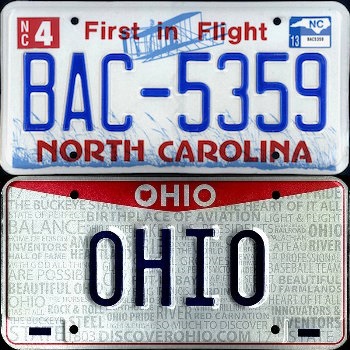 Aviation history runs deep throughout the city of Dayton, Ohio. The local Air Force base — Wright Patterson — got half its name from the familial duo. The city is also home to the Wright brothers’ original cycling company, their gravestones, and the National Museum of the United States Air Force. Kitty Hawk sports its own pride in the Wright brothers’ history with the Wright Brothers National Memorial.

While Wilbur and Orville Wright chose Kitty Hawk for their first flight, the brothers didn’t call North Carolina home. They chose Kitty Hawk based on its strong winds and practical landscape to sustain a flight — merely logistics. The Wright brothers’ planes were invented and built in Dayton. Dayton was their home, and for many prideful Ohioans, this means North Carolina’s standard-issue license plates simply don’t have the right to sport the “First in Flight” slogan.