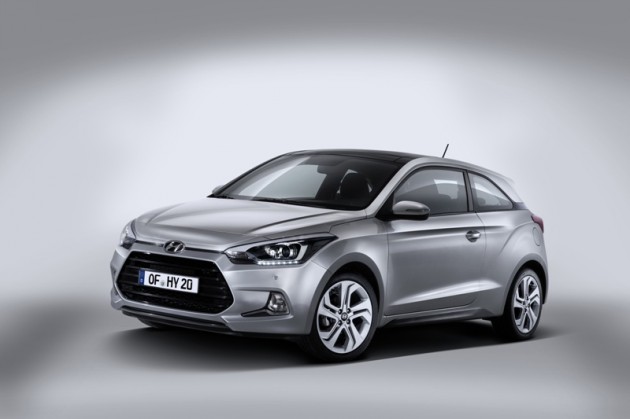 Today, December 10th, is a big day for Hyundai. The European branch of the Korean auto brand staged the world premiere of four brand new (or heavily revised) models which will be on the European market in 2015. The big reveal, broadcast live online at new.livestream.com/HyundaiEurope took place from the automaker’s 2014 Product Momentum Show, where the Hyundai Shell World Rally Team also shared news on the World Rally Championship.

The four-model debut event was part of the aggressive push by Hyundai to launch 22 new models and drastic refreshes by 2017.

The New Hyundai i20 Coupe Improves on an Already Excellent Vehicle 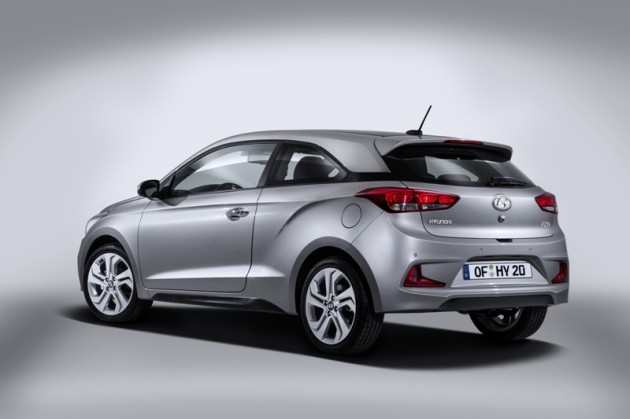 The basic version of the i20, already a hit in European markets after the Paris Motor Show, received a three-door version today from the Korean automaker.

However, the changes aren’t merely a reduction in the number of doors. The vastly-different, new Hyundai i20 Coupe flaunts a much sportier design, boasting dynamic new A, B, and C-pillars. The roof spoiler, alloy wheels, and hexagonal front grille on the aggressive front bumper were perfect aesthetic touches.

Many i20 fans looking for a more exciting vehicle that still retains practical qualities will be pleased to hear the Coupe version hasn’t lost its best-in-class boot space.

Engine choices generally remain the same (between gas and diesel), apart from a new 1.4-liter Kappa gasoline engine and a 1.0-liter turbocharged three-cylinder gasoline engine being phased in later in 2015. Horsepower output for the engine options range between 74 and 98 horsepower, not bad for a B-segment model.

We’re definitely fans of the muscle-toned, flared Coupe based on Hyundai’s i20 hatchback. Perhaps the rumored ‘N’ performance version of the i20 will be even better. 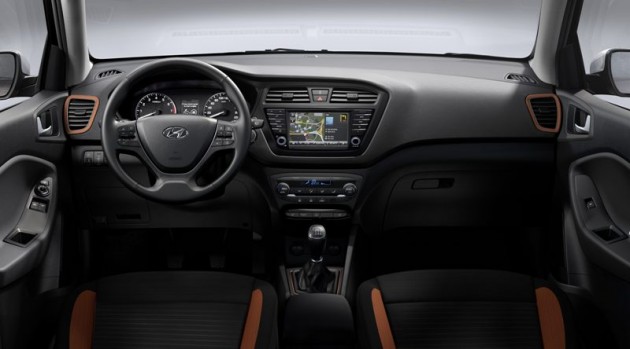