World Series Champ Justin Verlander Got His Ford GT After All 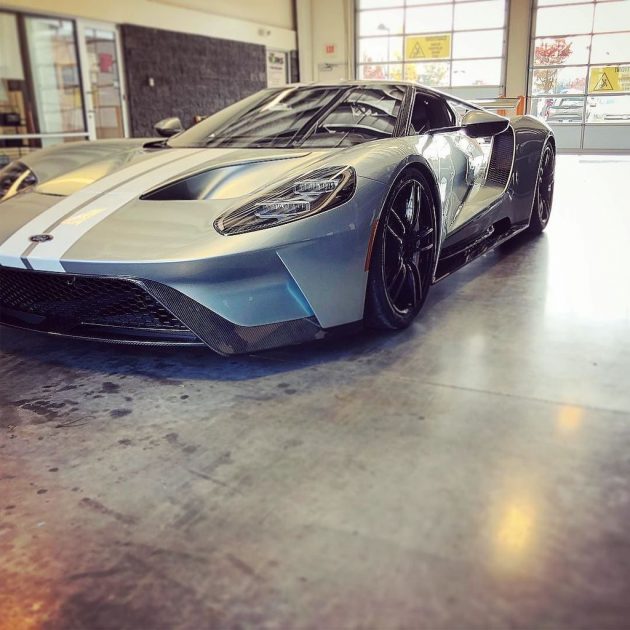 Our reasoning for saying this at the time was the Verlander seemed poised to be among those lucky few to get their hands on a 2017 Ford GT. The ultra-, ultra-rare supercar was to be promised to applicants who checked certain boxes like being “an influencer of public opinion,” which put Verlander high in the running. Still, he made his case with this tweet:

Dear ford… How do I go about getting on the list for one of these beauties?! #Detroit #motorcity… http://t.co/5CyTRLMFdE

That’s the kind of pull Justin Verlander knew he had. Dude didn’t even @ Ford.

Didn’t Get a Ford GT? There are still plenty of other great new Fords out there, like the 2018 Mustang

At the time, we wrote that Verlander would “almost definitely get one (he’ll probably pay straight cash for it).” Welp. Guess what.

Don’t call it prophesy. Though to be fair, it can’t be verified whether he paid for it in cash or not, and it does not appear that he got two. Kind of him to share with the likes of Jay Leno and John Cena.

Because Verlander is also a social media superstar, he not only cross-posted his photo to Instagram, but he made a quick little video.

If we may offer a quick nitpick: Justin Verlander’s Ford GT is clearly Liquid Silver, contrary to his #liquidiceblue hashtag. That’s okay, he was probably too busy, like, counting his stacks or talking to his supermodel wife or polishing the World Series trophy to double check his tags. Happens to the best of us.

You can’t really hear much of what he says in the video, what with the growl of the engine and all, but this face at the end really kind of says it all. 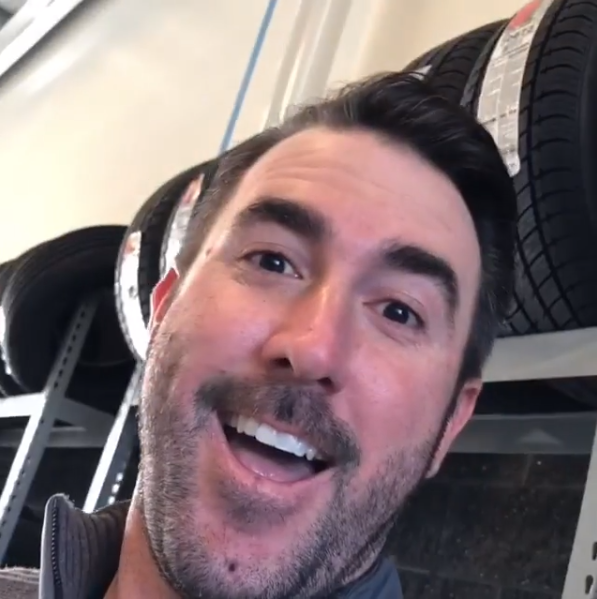 That’s one happy millionaire and world-class athlete right there.

Just a couple days after revealing his baby, Verlander tweeted the following:

Happy thanksgiving to everyone from the Verlander family! A LOT to be thankful for this year. ??

A lot to be thankful for this year? Gee, you don’t say.