It’s not surprising that American audiences think our domestic cinema has a monopoly on high-octane car movies due to hits like The Fast and the Furious. In actuality, nations around the world have produced vehicle-centric films with just as much excitement and drama as those in American theaters. Want some examples? Here are some of the most creative and memorable car-related foreign films you should watch.

Best of the Best: Which car brands are known as the best to buy?

Jackie Chan’s filmography is filled with hits that capture some of the most impressive physical stunts ever put on film. One of his overlooked gems is this 1995 Hong Kong action flick set in the world of auto racing. Thunderbolt (aka Dead Heat)  had a simple plot but a substantial budget—and it shows. The excitement on and off the racetrack is gripping and illustrates Chan’s—and the stunt choreographers’—skills in fresh ways.

Sexy young Spanish stars and sleek sports cars fill the screen in this 2013 Spanish action thriller. Combustion is all about seduction, deception, and illegal street racing. While the plot is generally by-the-numbers and borrows heavily from other street racing flicks before it, Combustion injects a steadily increasing level of tension that results in car chases that actually feel exciting.

Nominated for plenty of Spanish film awards upon its release, this tightly-plotted 2015 Spanish thriller has been in the works as a Hollywood remake starring—who else—Liam Neeson. The non-stop intensity begins inside the car of a bank executive who receives a mysterious call that there’s a bomb rigged under his seat—in the vein of Phone Booth. However, this not only ends in awesome automotive excitement, it also touches on important social issues. 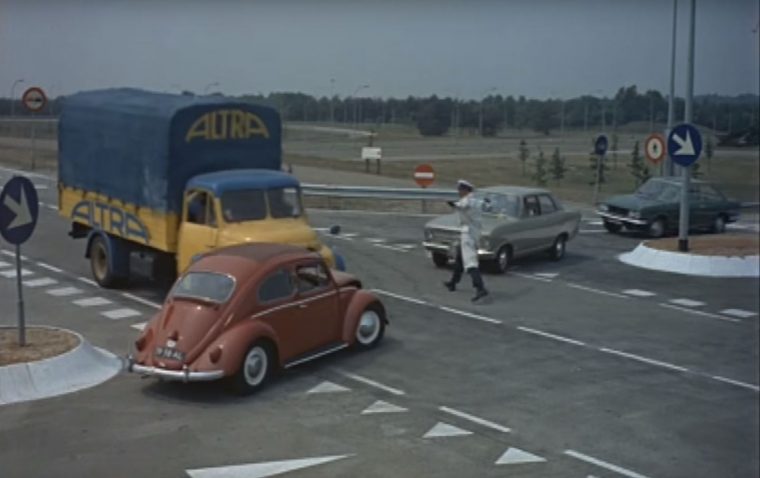 Director Jacques Tati might not be a household name, but this auteur is lauded by some as one of the greatest film directors ever. His recurring comedic character Monsieur Hulot was featured in repeated titles, including 1971’s Trafic. Recognized by the Criterion Collection for its noteworthiness, Trafic follows Hulot—working as an automobile designer—as he encounters obstacle after obstacle trying to drive to an auto show in Amsterdam. The movie offers hilarious insight into the many ways automobiles influence our lives.

Who doesn’t love a feel-good Bollywood drama filled with catchy songs and likable lead characters? Saif Ali Khan and Rani Mukerji star in this 2007 Hindi movie that was one of the highest-grossing films in India that year. Ta Ra Rum Pum is an underdog story about a father who loves car racing but is haunted by a devastating crash and financial burdens; he finds courage to return to the track through his love for his family.

Successful and well-received enough to quickly receive a sequel, 2014’s Børning is a slickly-made Norwegian comedy with feel-good family beats and a plenty of illegal street racing. Roy (Anders Baasmo Christiansen) must race from Oslo to North Cape while taking care of his daughter, who’s come along for the ride.

No, not the inept 2004 remake starring Queen Latifah and Jimmy Fallon. The original 1998 French film was penned by Luc Besson and led to three sequels. It features a cast of interesting, likable characters—including the lead Daniel Morales (Samy Naceri), a skilled taxi driver whose 1997 Peugeot 406 is outfitted with awesome (and illegal) racing enhancements. The highly-successful franchise follows his escapades evading gangs and policemen. 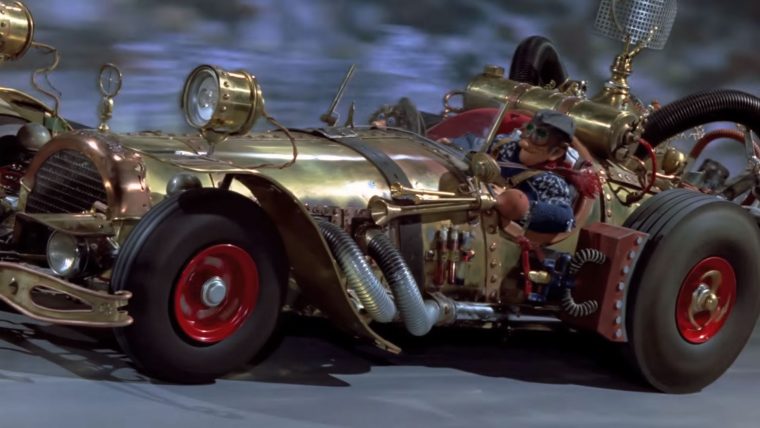 For a change of pace, check out this 1975 stop motion-animated feature from visionary puppeteer Ivo Caprino. His greatest work, The Pinchcliffe Grand Prix is one of the most popular Norwegian films ever; it follows the adventures of a kooky inventor and his animal friends, who discover that a traitor has stolen their work and used it to become a Formula One champion, thus compelling the gang to enter their own car to win. The detail and charm in the race scenes are particularly dazzling.

Everyone knows the name of David Cronenberg, but not everyone is familiar with his 1979 action film that was filmed at Edmonton International Speedway. Fast Company wasn’t written by Cronenberg—and thus is surprisingly mainstream, comparatively—but it still received positive reviews upon its release. It involves some fiery race car explosions, hard-edged characters, and a lot of drama on and off the track.

If you combined Spider-Man with The Love Bug, you’d wind up with something like 2009’s Russian adventure comedy Black Lightning. Produced by Timur Bekmambetov, known by Americans for directing Wanted and Abraham Lincoln: Vampire Hunter. The movie follows a Moscow college student who receives the gift of a super-powered car and decides to fight crime while evading the grasp of a power-hungry megalomaniac who wants to steal the technology. Unfortunately, reviews have been unfairly kind to this enjoyable, fun, and seriously cool take on a superhero epic.

Make It Last: Tips for extending the life of your car