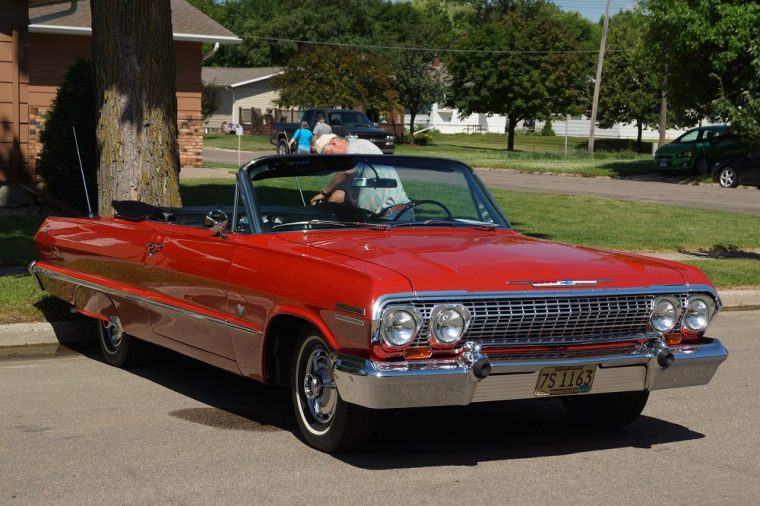 The convertible ’63 variety of the Impala makes a ton of appearances in pop culture
Photo:Greg Gjerdingen

When it comes to popular cars in music videos, not many have the range that the Chevrolet Impala can claim. From rap songs to rock videos to one-hit-wonders, the Impala has been a staple for music videos for quite some time. Check out these 10 artists that included the classic Chevy vehicle in their videos below. 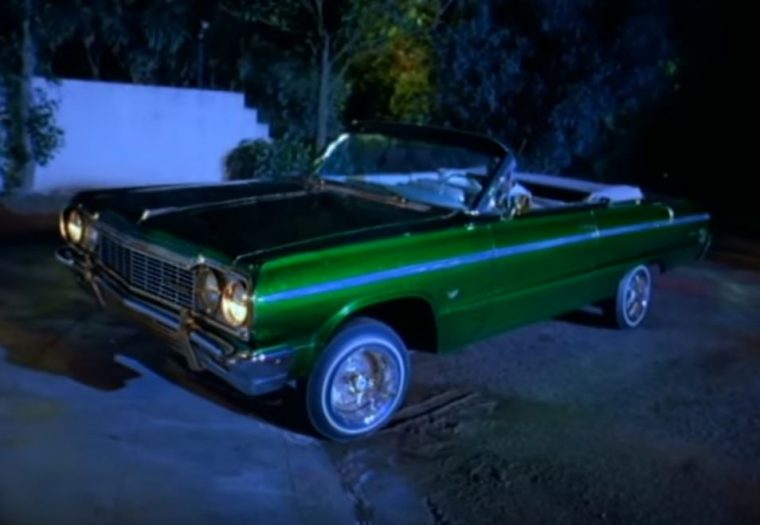 In the video for his 1992 hit, “It Was a Good Day,” rapper Ice Cube is seen cruising the streets in a lime green 1964 Chevrolet Impala Convertible. Cube even states in his song, “I gotta go cause I got me a drop top,” before driving around town, recalling how great his day was. 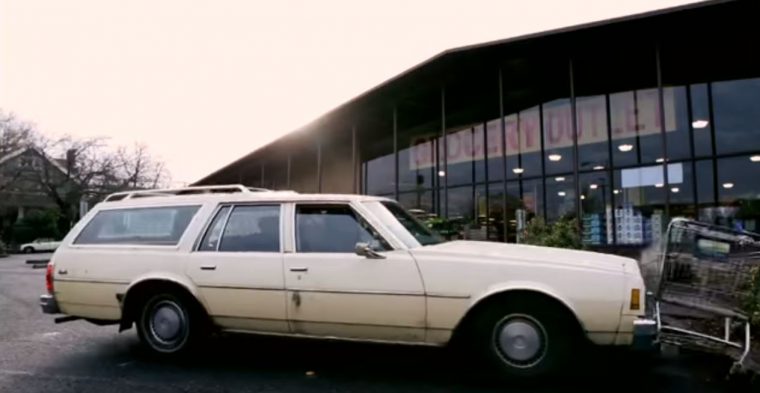 The 2011 music video for “Wires” by stoner metal band Red Fang is all sorts of strange. The video starts with the guys receiving a check for their music video budget, followed quickly with them going to a used car lot to purchase a 1979 Chevy Impala Station Wagon for $685. 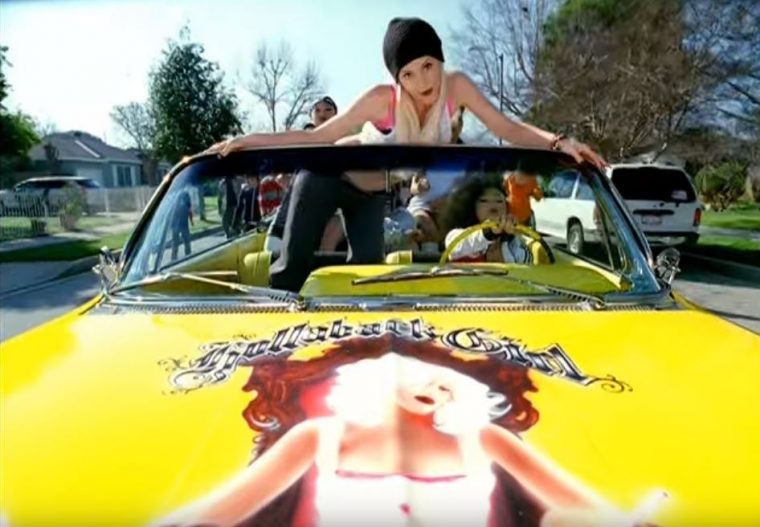 While people weren’t exactly sure what a “hollaback girl” was in 2004, they sure did love Gwen Stefani’s hit song about not being one. The music video was equally as entertaining, featuring Stefani and her Harajuku girls riding around in a custom painted, bright yellow 1961 Chevrolet Impala Convertible. 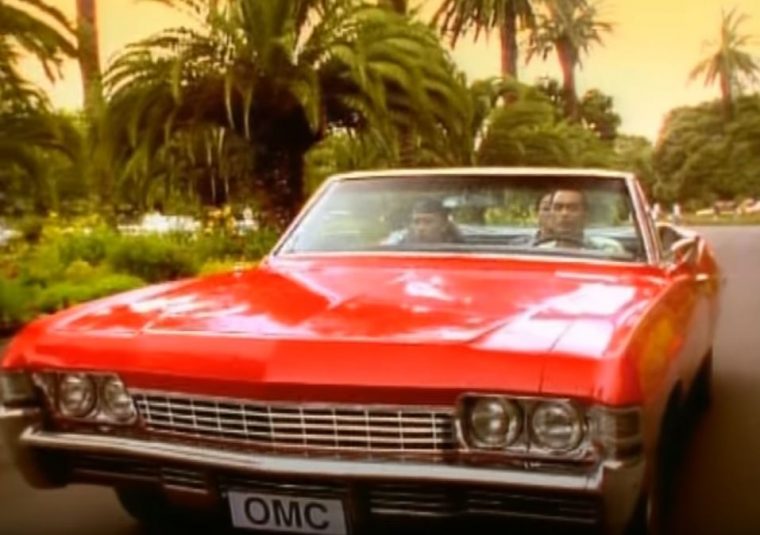 New Zealand band OMC released “How Bizarre” in 1995 and the song seemed to be stuck in everyone’s heads at the time. The music video for this one-hit-wonder band featured a red 1968 Chevrolet Impala Convertible, although the lyrics state, “Policeman taps his shades, is that a Chevy ’69?” How bizarre, indeed!

Wiz Khalifa loves cars and has featured some sweet rides in his videos. In his 2016 video for “Pull Up,” the rapper featured a few Chevy vehicles, including a ’69 Chevelle Malibu, a couple ’62 Impalas, and a beautiful up-close shot of the interior of a maroon 1964 Chevrolet Impala Super Sport. 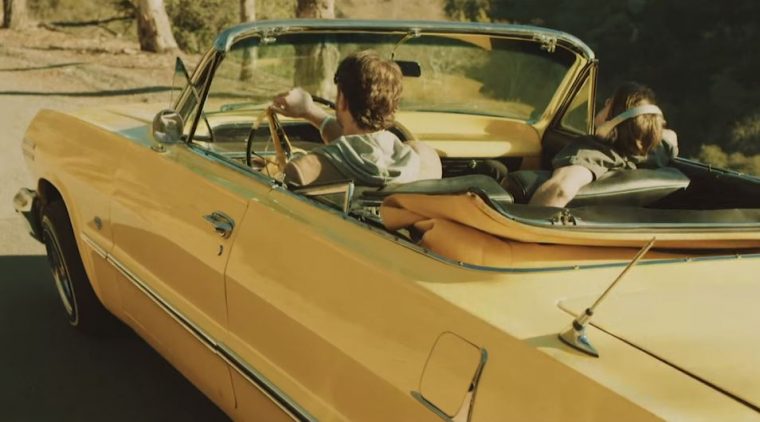 The Chainsmokers – “Don’t Let Me Down“

The very first second of the video for “Don’t Let Me Down” by The Chainsmokers (featuring Daya) includes the duo hopping into a yellow 1963 Chevrolet Impala Convertible. The rest of the video seems to be some sort of dance battle between the Impala and Daya’s crew of badass women. Yeah, I thought it was weird too. 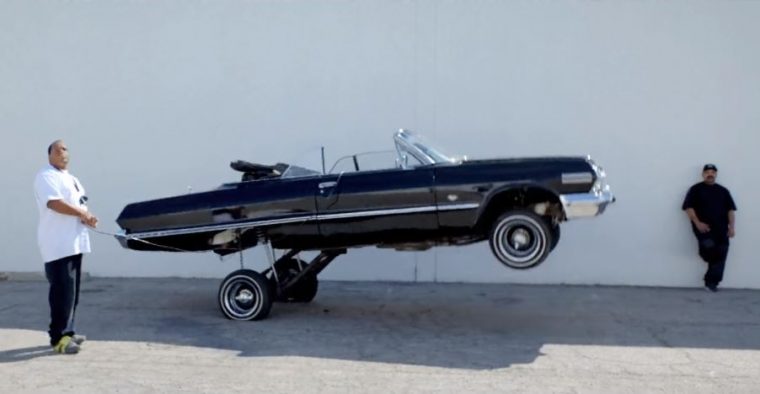 There’s no doubt that Drake’s music video for “Energy” is unlike many other music videos out there. The bizarre video features Drake’s face superimposed on other celebrities in some of their most iconic moments. One of the least surprising scenes was when a black 1963 Chevrolet Impala Convertible was hopping up and down with two men standing by. 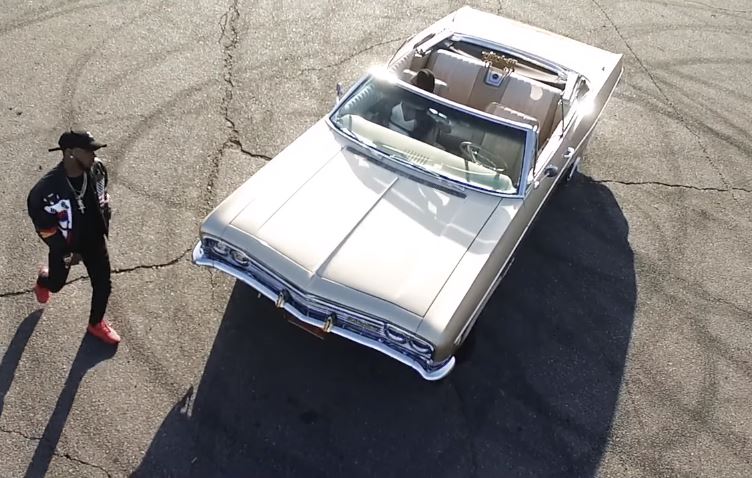 The beginning of the music video for “Luv” by Tory Lanez features a pristine white 1966 Chevrolet Impala Convertible with the Canadian rapper circling around it before getting behind the wheel. Later in the video, Lanez is seen driving the Impala while singing, “Top down on the highway, baby,” with a beautiful girl in the passenger seat. 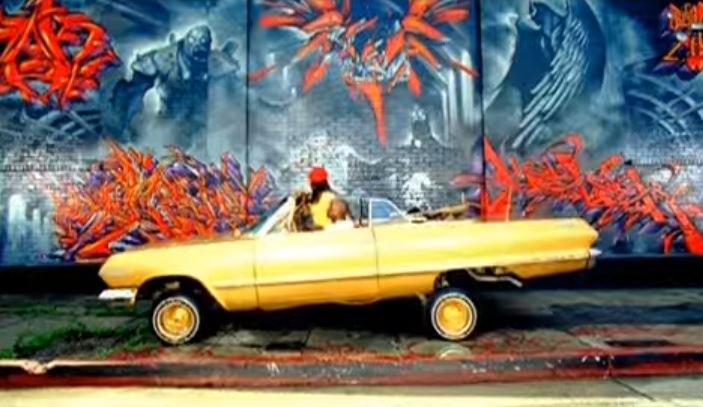 Considering the 2003 song “Act a Fool” by Ludacris was featured on the soundtrack for the 2 Fast 2 Furious film, it only made sense that the music video included some sweet-looking rides. One of the fantastic rides was a completely gold 1963 Chevrolet Impala Convertible with actor Tyrese Gibson in the driver’s seat, testing out the hydraulics. 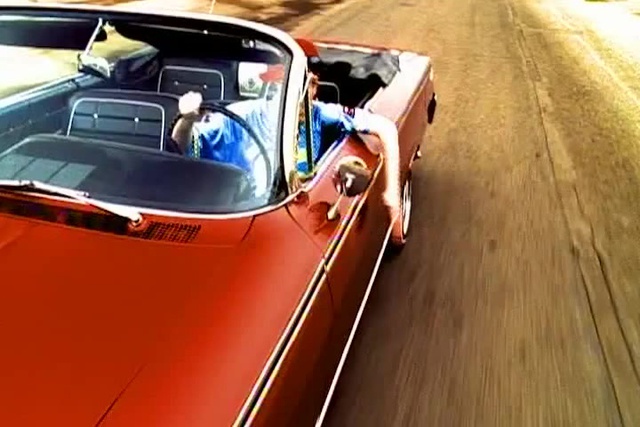 The Offspring – “Pretty Fly (for a White Guy)“

Another song from the ’90s that got stuck in our heads was “Pretty Fly (for a White Guy)” by The Offspring. The music video for the song features a dorky white dude who thinks he’s cool, driving around in a red 1962 Chevrolet Impala Convertible, even though the song’s lyrics clearly state, “Now cruising in his Pinto, he sees homies as he pass.”