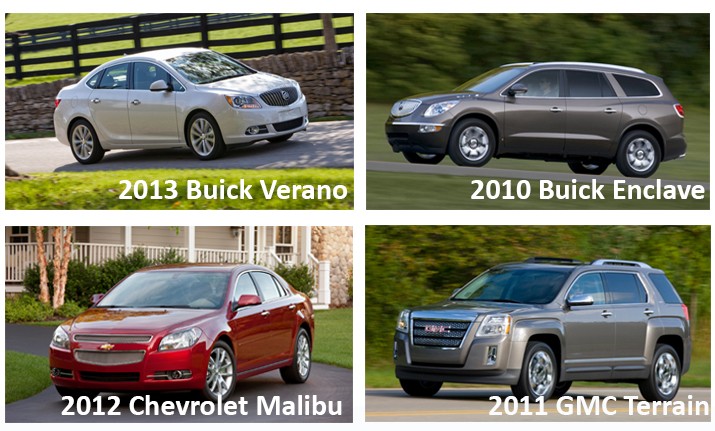 In a time when many question the safety of older GM models, given the recent ignition switch recalls, it is refreshing to report that the Insurance Institute for Highway Safety (IIHS) has placed 12 GM models (ranging from current and defunct brands) on its first-ever list of recommended used vehicles for teen drivers.

“We know many teens are driving the older, smaller vehicles in the family fleet are less likely to afford optimal crash protection,” reported IIHS Senior Vice President for Research, Anne Mccartt. “The vehicles from GM brands on our list provide teens with important safety features across all family budgets.”

More than half of all parents surveyed by IIHS reported that their teens drive models from 2006 or earlier. This means that they do not all possess important features like side-impact airbags or electronic stability control. Thus, it was important for IIHS to recommend the best older vehicles for teens, that way parents know what features to look for in potential vehicles.

“These IIHS recommendations will help guide our customers as they seek safe and affordable transportation for their young drivers,” said Alan Batey, executive vice president and vice president, GM North America. “The technologies that help inexperienced teen drivers in many cases avoid crashes are found on many of our late-model vehicles.”

The twelve GM vehicles chosen appeared in two categories—Best Choices and Good Choices. Best Choices were those models that were $20,000 and under while Good Choices were just $10,000 and under. Best Choices also received Good ratings in moderate overlap front, side, roof strength, and head restraint tests, as well as at least four out of five stars in National Highway Traffic Safety Administration (NHTSA) testing. They also offer electronic stability control to guard against rollover crashes. Meanwhile, Good Choices received a Good rating in the moderate overlap front test, as well as a good or acceptable rating in the side test. These models also received four out of five stars in NHTSA testing and offer standard stability control and a marginal or better rating for head restraints and seats.

Check out the results below.

No small or minicars were recommended.

“GM continues to strive for outstanding safety performance in our vehicles,” said Jeff Boyer, vice president of GM Global Vehicle Safety. “Safety technologies also need to be paired with good judgment on the part of all drivers, including teens – keeping their eyes on the road, hands on the wheel and distractions to a minimum.”