Donald Friedman believes that 143 deaths in Impalas across the 2003-2010 model years may have been caused by a faulty algorithm that renders air bags inoperative during a crash. 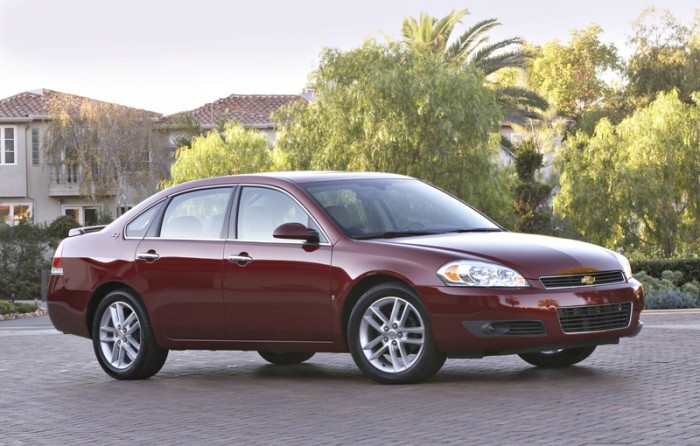 Today, the Center for Auto Safety sent a letter to U.S. regulators suggesting that the National Highway Traffic safety Administration (NHTSA) investigate 2003-2010 model-year Chevrolet Impalas for a possible defect that may lead to the air bags not deploying in the event of a crash. According to a government petition by a former GM researcher, faulty software can lead to a misread of the passenger’s weight and consequently render air bags inoperative.

According to Business Week, the consultant, one Donald Friedman, believes that at least 143 fatalities have occurred due to the Impala’s non-deploying airbags. Friedman cites NHTSA’s fatal-crash database as evidence, adding that 98 of those deaths occurred when the occupant was wearing their seat belt.

Alan Adler of GM and Nathan Naylor of NHTSA were unavailable for immediate comment.

Friedman is a former GM researcher who aided in transferring GM’s technology to the Lunar Rover and has spent the last 30 years consulting on product-liability cases. He believes that GM’s electronic algorithms could potentially inhibit airbag deployment, and he is calling for the NHTSA to open a probe to determine whether passengers being bumped out of their seats can cause the kind of faulty data that would lead to air bags failing in the instance of a crash.

“There’s a very serious indication something is wrong,” Friedman said.

Friedman became aware of the problem when he was hired by the family of Aurora Martinez, who was severely injured three years ago in her 2008 Impala when it was struck on the highway. The passenger-side airbag never deployed, and while Martinez survived the impact with a road barrier, her husband, Roberto, did not.

Friedman, using data from the Impala’s data recorder, determined that the air bag didn’t deploy because it had registered Roberto Martinez as a small adult despite being a 170-pound man. Friedman believes that the car being bounced and lifted by going over a road barrier may have led to the malfunction in the sensor reading his weight.

For more information on Donald Friedman and the Center for Auto Safety’s petition, stay tuned to The News Wheel.