BREAKING: You Can Buy $1.99 Gas in Oklahoma City 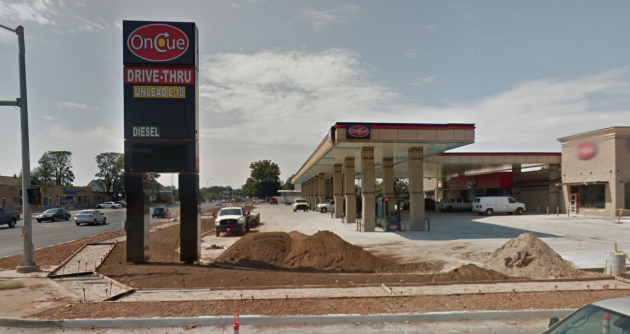 Looks like a normal ol’ gas station, right? No. Today, history was made at this here OnCue
Google Maps

Hold on to your hats people. This is a moment on par with the moon landing, “The Shot Heard ‘Round the World,” and Pam and Jim finally becoming a couple all rolled into one. It’s big. Very big.

Are you ready? Here goes: according to GasBuddy, an OnCue Express gas station in Oklahoma City is the first to sell $1.99 gas in five years. 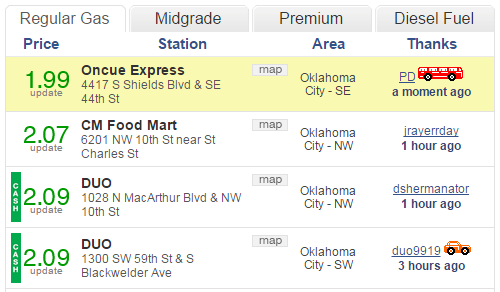 Our national nightmare is over. Let’s all go out and buy Hummers!

Also, this is as good enough an excuse as any to post this:

Okay, maybe it’s not that drastic. Naturally, the plummeting prices of crude oil have been leading to sub-$2 gas for a little while now, and today’s momentous occasion was foretold last month by industry analysis. Does it indicate that the national average will hit $2 any time soon? Not exactly.

According to GasBuddy, the last time the national average price for a gallon of gasoline was anywhere near the current $2.76 average was October 2010. The last time that average was below $2.00 was March 2009.

According to its blog, GasBuddy predicts similarly low prices for areas in Texas, South Carolina, and Missouri in the relatively near future, but it’s unlikely that the national average will approach $1.99 any time soon.