GM's terrible March just keeps getting worse. Is this latest move related to yet another safety-related issue? 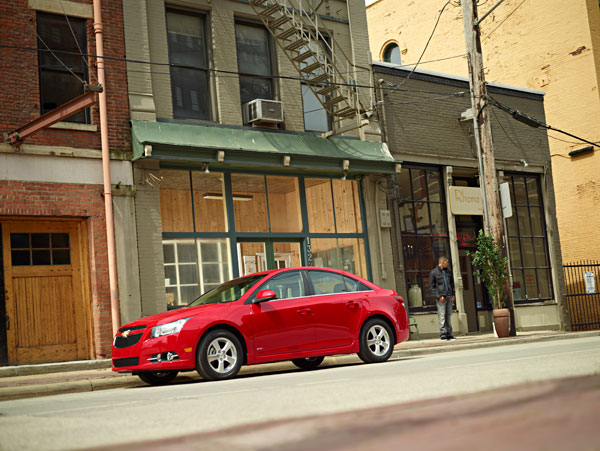 No, GM, suddenly warning dealers to stop selling 2013-2014 Chevrolet Cruze vehicles is in no way nefarious-sounding given your otherwise pristine record of transparity.

Boy, just when you start thinking GM couldn’t possibly have a worse March, there’s today’s news that General Motors has ordered dealerships to stop delivering 2013-2014 Chevrolet Cruze models equipped with 1.4-liter engines. That accounts for about 60 percent of all Cruzes on the market by the way. So what is the cause for this latest move? Is it safety related? Is yet another recall getting ready to go down? Has the 1.4-liter engine found in 2013-2014 Chevrolet Cruze models gained an appetite for human flesh?

GM won’t say why, according to USA Today.

“I have no details,” GM spokesman Alan Adler told USA Today. “I’m sure somebody knows.”

General Motors: a beacon of light shining on a high hill, a paragon of transparency, not at all comparable to a seedy black market operation that does business in an abandoned meat packing plant on the bad side of town.

Last August, GM recalled 292,879 2011-2012 Cruzes with—surprise—the very same 1.4-liter turbo engines because of the propensity for the power assist for the brakes to fail suddenly due to a faulty switch. Hmm…it’s almost like the order to stop selling 2013-2014 Chevrolet Cruze models might have something to do with another safety problem.

Dealerships speaking to USA Today say that stop-sale orders are almost always related to safety problems. So methinks that we could be seeing another recall by the time Mary Barra takes the stand to testify before Congress.

Don’t be surprised if on April 1, you are reading about a recall being issued for Chevrolet Camaros that have been found to have miniature black holes in the boot, which could lead to a rip in time space, the loss of personal property, and an increased risk of intergalactic invasion from Elder Gods.  And don’t be terribly surprised if nothing about that is an April Fools’ Day joke, either. At this point, who the hell knows what to expect from GM.