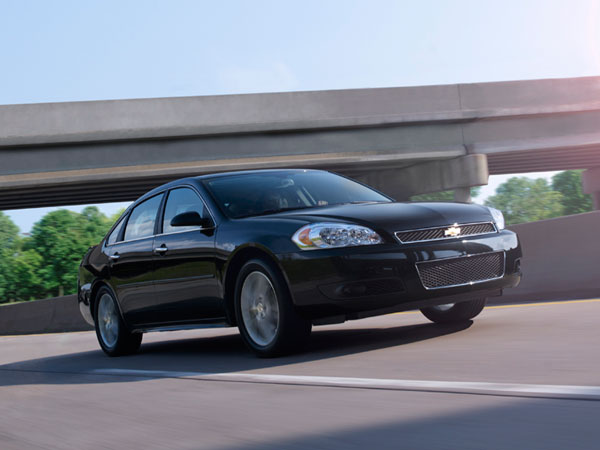 What’s New for the 2013 Chevrolet Impala

There are only a few minor changes for the 2013 Chevy Impala, including a new Luxury Edition package.

As Chevy’s flagship sedan, the Impala gives consumers an idea of what the American carmaker is about. A mixture of function and athleticism, the Impala’s streamlined body creates a silhouette that’s all sedan.

A 3.6-liter V6 engine powers every 2013 Impala, generating a robust 300 horsepower and 262 lb-ft of torque. A six-speed automatic transmission is standard, alongside a front-wheel-drive system.

EPA-estimated fuel efficiency for the 2013 Impala comes in around 22 mpg combined, a decent number for the large sedan.

While some people might appreciate the simplicity in the 2013 Impala’s cabin, it’s a bit behind the time when it comes to both technology and design, putting it behind a lot of its competitors. The sedan does have one thing that many of its competitors don’t though—the option for a front bench seat, which allows you to seat six passengers, rather than five. The trunk also offers plenty of cargo room, while the optional fold-down rear seatback expands that space for your bulkier items.

Standard safety features for the Impala include antilock brakes, traction and stability control, and multiple airbags, along with GM’s OnStar emergency communications system. In government crash testing, the Impala was rated four out of five stars for overall crashworthiness.