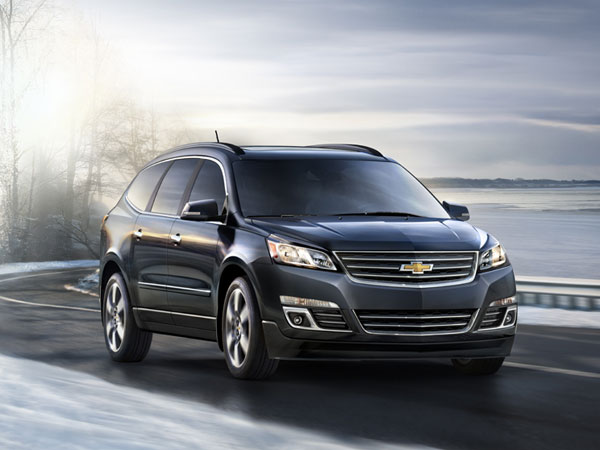 What’s New for the 2013 Chevrolet Traverse

The Traverse is Chevrolet’s large crossover SUV and looks almost completely redesigned for 2013. However, just a few moderate changes have done the trick. The signature split grille on the front is long-gone, a more slimming nose taking its place. Similarly, the rear has new defined taillights and angled lights.

The EPA estimates fuel economy for the front-wheel-drive Traverse to be 19 mpg combined driving and 19 mpg for the all-wheel-drive model, making it average for its class. 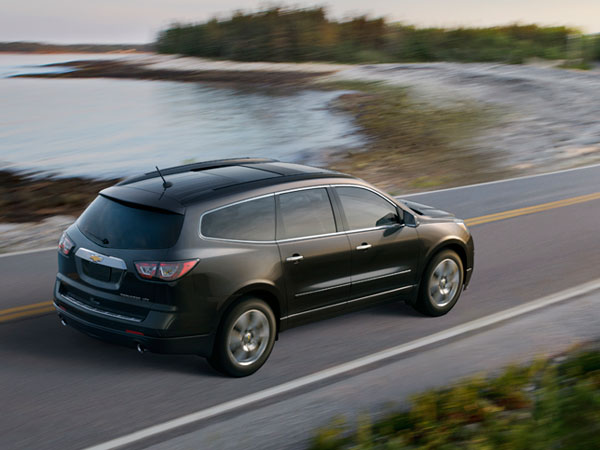 The Traverse’s interior has been updated, including a new electronic interface, upgraded materials, and a more sculpted design carried over from the exterior. Also standard is a rearview camera, Bluetooth, OnStar, USB/auxiliary audio inputs, and satellite radio.

Standard safety features include four-wheel anti-lock disc brakes, OnStar, rear-view camera, traction and stability control, front-seat side airbags and full-length side curtain airbags. Additional features available – depending on trim – include an in-board driver-seat airbag to keep the driver and passenger form colliding, as well as a blind spot and rear cross-traffic monitoring system.

In government crash tests, the Traverse earns the highest rating of five stars, and earned the Insurance Institute for Highway Safety’s top rating of “Good” in their tests.