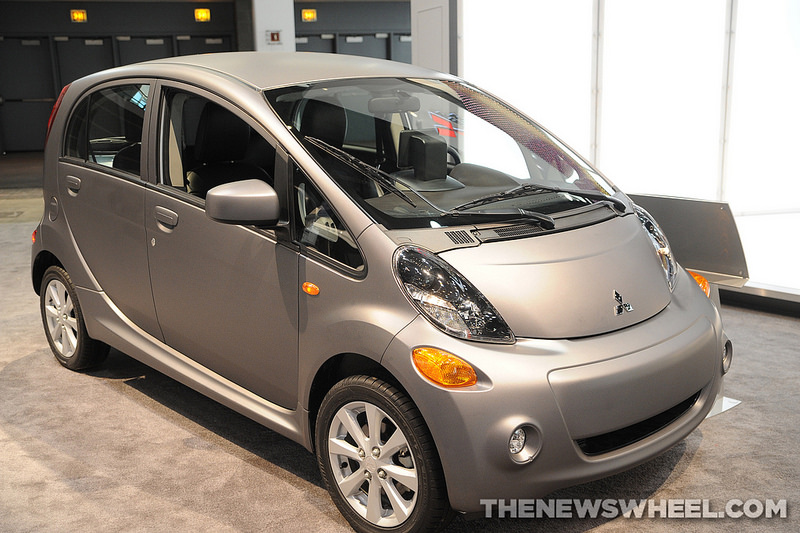 Not only is the 2013 Mitsubishi i-MiEV the least expensive electric vehicle on the market, but it is also one of the most stylish. The sleek design of the Mitsubishi i-MiEV is sure to be a hit with younger buyers, and standard 15-inch alloy wheels provide an athletic stance, which is uncommon in the EV class.

The 2013 Mitsubishi i-MiEV is powered by a 49-kilowatt electric motor that generates 66 horsepower and 145 lb-ft of torque that is paired with a 16-kWh lithium-ion battery pack. The hyper fuel-efficient powertrain travels from 0-60 mph in a little under 15 seconds.

Much of the 2013 Mitsubishi i-MiEV’s interior technology focuses on the hatchback’s electric capabilities, including a remote system that allows the driver to activate the car’s charging timer, but it also can turn on the Mitsubishi i-MiEV’s climate control. Other standard features include heated front seats, full power accessories, and a six-speaker sound system.

Standard safety features on the 2013 Mitsubishi i-MiEV include traction and stability control, antilock brakes, front seat and side curtain airbags, and an “Approaching Vehicle Audible System,” which alerts nearby pedestrians that the i-MiEV is nearby.