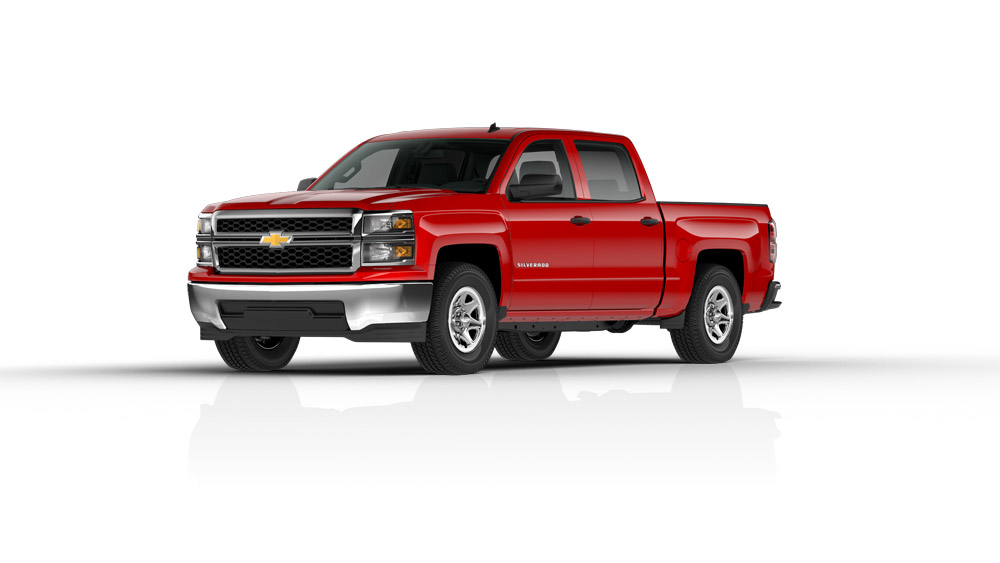 What’s New for the 2014 Chevrolet Silverado

Chevy’s flagship pickup truck was completely redesigned for the 2014 model year, but that wasn’t the only enhancement made for the 2014 Chevrolet Silverado. The all-new pickup also boasts a completely new lineup of more fuel-efficient engines.

Whenever a vehicle is redesigned, most of the attention will be paid to its new styling, and that holds true for the 2014 Silverado. The new Chevy flaunts a massive new front grille, revised front and rear bumpers, and more sculpted styling that is traditionally reserved for sport sedans. In addition to new styling, Chevy has added a new 6.5-foot cargo box as an option.

The most impressive aspect of Chevy’s EcoTec3 engines is not just their power, but how they marry it with fuel economy. The 5.3-liter EcoTec3 V8 is the most fuel-efficient gas V8 pickup engine ever, as it returns an unprecedented 23 mpg highway. The standard 4.3-liter EcoTec3 V6 returns 18 mpg city and 24 mpg highway.

The interior of the 2014 Chevy Silverado has also been completely redesigned, and no longer are premium materials exclusive to upper trims. Chevy also added additional storage throughout the 2014 Silverado, and technology played a key role in the redesign. In fact, certain trims of the 2014 Silverado boast as many as five USB ports for easy charging and access to electronic devices.

The 2014 Chevy Silverado features a slew of advanced safety features that helped it to earn a 5-Star Overall Vehicle Safety Score from the NHTSA, including emergency braking assist, crash avoidance, StabiliTrack, Trailer Sway Control, Rear-Vision Camera System, and Lane Departure Warning, among others.