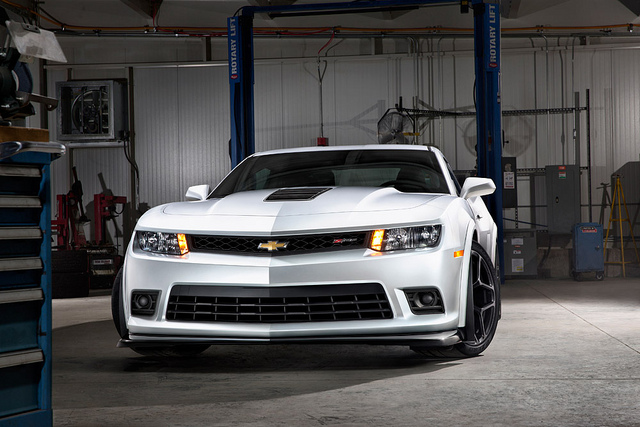 As a special edition of the 2014 Camaro, the Z/28 is the perfect option for Camaro lovers that want a bit of an extra punch when they hit the pedal.

At first glance, there doesn’t appear to be much of a physical difference between the traditional Camaro and the Z/28, a closer look gives you a glimpse into just how performance-oriented the Z/28 is. Its front splitter reduces drag, while its Pirelli Pzero tires reduce the special edition’s weight, to make it faster than ever before. In addition, the fender flares, side skirts, a trunk-mounted spoiler, and functional air diffuser add the flair you would expect from a car built for speed. 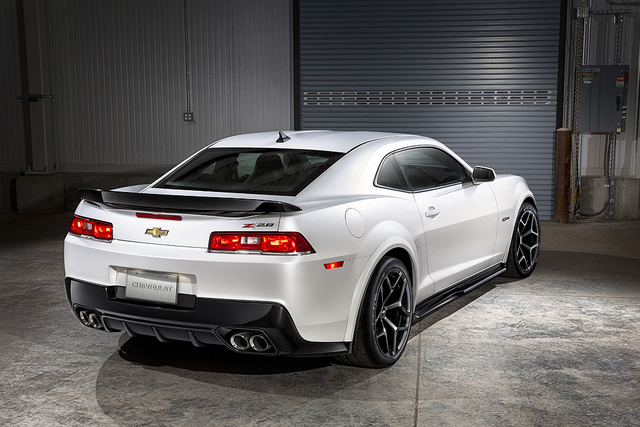 Because the latest edition of the Z/28 is considered the fastest, street-legal Camaro ever built in a Chevy factory, it’s got one heck of a performance package. The car offers a 7.0-liter V8 engine, which packs a 500 horsepower punch. A Tremec TR6060 six-speed manual is the only available transmission, as a tribute to the original Z/28 back in the 60s. This transmission comes standard with a limited-slip differential, something that definitely would not have been available on the original. 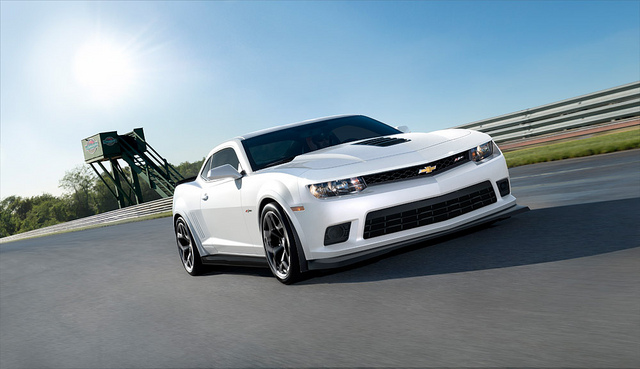 For such a powerful engine, the EPA fuel economy is surprisingly high with 15 mpg city and 25 mpg highway.

Just like other cars that are focused on performance, the 2014 Camaro Z/28 has a minimalist cabin. Its rear seats are tight when it comes to legroom, though they’re nine pounds lighter than before thanks to the use of high-density foam. The Recaro bucket seats come standard, along with a four-gauge instrument cluster. There is no infotainment system to speak up, since it would add weight to the car, though it does have Bluetooth connectivity.