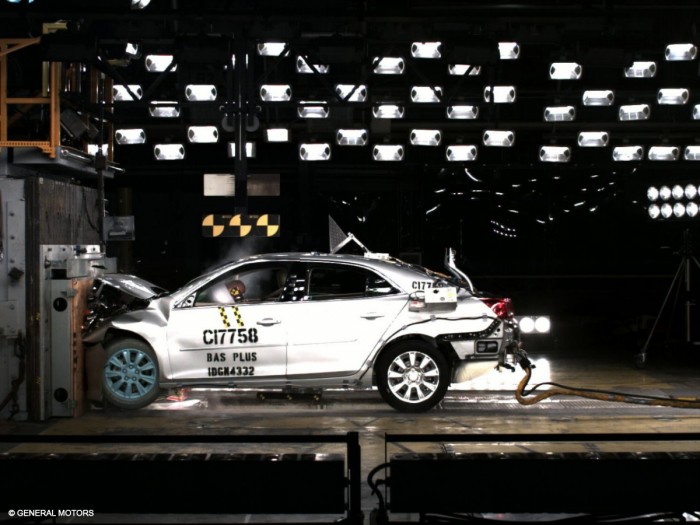 The National Highway Traffic Safety Administration (NHTSA) has announced that the 2014 Chevrolet Malibu has earned the highest-possible 5-star Overall Vehicle Score as part of its New Car Assessment Program. The 2014 Malibu’s 5-star safety status was earned primarily due to a litany of available and standard active and passive safety features.

“Safety is an increasingly important consideration for new vehicle buyers, especially for those in the midsize segment,” said Gay Kent, General Motors general director of Vehicle Safety and Crashworthiness, in a press release. “The customer is at the center of our day-to-day operations and when we design vehicles, it’s their safety that we have in mind.”

In order for a vehicle to achieve the top 5-star Overall Vehicle Score, it must score high enough marks in frontal and side crashworthiness tests as well as a rollover assessment. The Silverado 1500, among others, also earned the top score from the NHTSA earlier this month. The 2014 Malibu’s 5-star safety rank puts it in league with the Sonic, Cruze, Volt, Impala, Traverse, Camaro Coupe, and the Silverado, meaning that Chevrolet has more top NHTSA-ranked vehicle than any of its competitors.

“We are committed to offering advanced safety technologies on a broad range of models, not just on the most expensive vehicles,” Kent said in a previous statement. “All of our vehicles are designed to provide continuous protection for customers before, during and after a crash.”