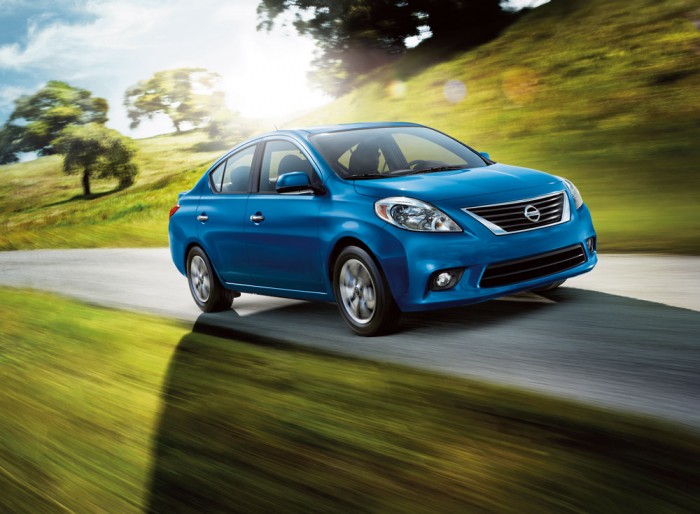 The 2014 Nissan Versa is targeted at the practical car-buyer that needs to get from A to B affordably, but that doesn’t mean they can’t do it in style.  The 2014 Versa takes design cues from the flagship Altima, and has sculpted lines and a sleek exterior to show for it.

All 2014 Nissan Versas are powered by a 1.6-liter four-cylinder engine that produces 109 horsepower and 107 lb-ft of torque.  A continuously variable transmission (CVT) is standard on every 2014 Nissan Versa.

You can tell by those performance figures, that the emphasis of the 2014 Nissan Versa is efficiency.  The standard four-cylinder engine returns 31 mpg city and 40 mpg highway for an impressive combined rating of 35 mpg.

The 2014 Nissan Versa is an affordable buy, but its interior is far from cheap.  The roominess alone makes passengers feel like they’ve entered a much larger car and the available tech is sure to entertain win Bluetooth connectivity, a navigation system, 5.8-inch touchscreen interface, rearview camera, and steering wheel-mounted controls.

The 2014 Nissan Versa’s standard safety features include stability and traction control, front seat side airbags, and full-length side curtain airbags.  Nissan’s pioneered tire pressure alert system is also available, which uses the car horn to notify the driver when the proper psi is reached when filling up the tire.