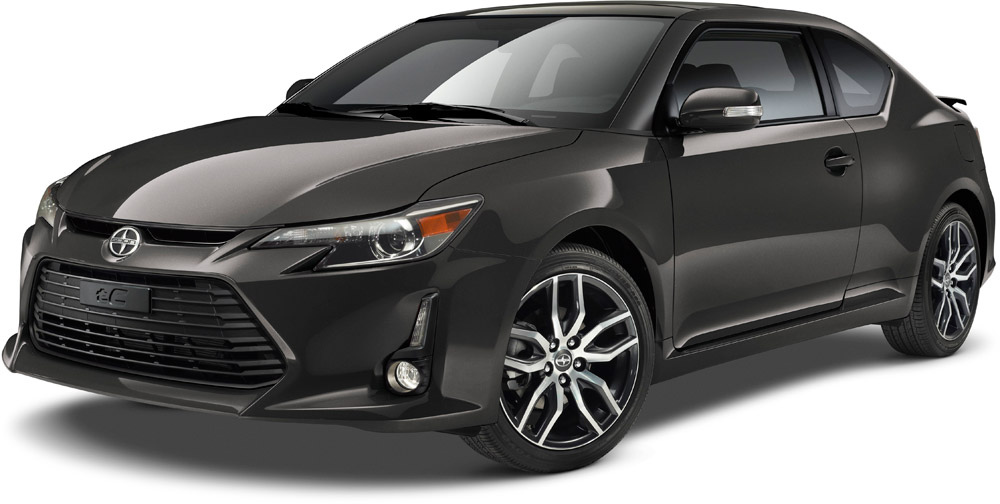 The 2014 Scion tC has all new styling cues, along with upgraded interior features and an improved automatic transmission.

An aggressive front fascia, sculpted hood, and new wheels all work together to create a sporty presence for the 2014 Scion tC that lets you know there’s a whole lot of power lurking under the hood. The headlights add to this feeling with an unexpected, uniquely designed shape. Add the integrated rear spoiler, and you’ve got yourself a sexy car with a whole lot of sporty flair.

A 2.5-liter four-cylinder engine powers the 2014 tC with 179 horsepower and 173 lb-ft of torque. A six-speed manual transmission is standard, along with front-wheel drive, while a six-speed automatic is optional.

EPA-estimated fuel economy for the 2014 tC comes in at 26 mpg combined.

The interior design of the 2014 Scion tC can be described best in one word—sporty. With a thick, flat-bottom steering wheel, seat bolsters that cradle you tightly, and driver-oriented controls, the cabin has a pure high-performance sports car feel. Legroom is plentiful throughout the interior, while the folding rear seat allows for additional cargo space, making the tC a practical choice.

According to government crash testing, the tC was safe enough to warrant five out of five stars for overall crash protection, while the Insurance Institute for Highway Safety rated the tC the highest score of “Good” in the moderate-overlap frontal-offset, side impact, and roof-strength tests. Standard safety features include stability and traction control, antilock brakes, front knee airbags, front side airbags, side curtain airbags and active front headrests.