When Toyota introduced the 2013 Avalon, the heavily revamped sedan made a huge splash in the premium mid-size segment. With the 2014 model year, Toyota plans on making an even bigger impact by introducing more standard features to the Avalon than ever before, making it a big contender.

The 2014 Toyota Avalon will keep a similar exterior design as the 2013 model with a dramatic, low riding profile and a larger grille.  Craftsmanship is the word that comes to mind when it comes to the Avalon’s interior, which features sculpted surfaces and an instrument panel that looks richer than Swiss chocolate.  The 2014 model will come with a standard backup camera, a three-blink turn signal mode, and a dashboard with ambient lighting in the Limited grade models, giving it a touch of luxury that the Avalon hasn’t seen before.

With the attention to detail the 2014 Toyota Avalon displays, not to mention the fact that it offers both a V6 and Hybrid Synergy Drive powertrain, there’s no doubt that it will make itself known across the premium mid-size segment. Do you agree? 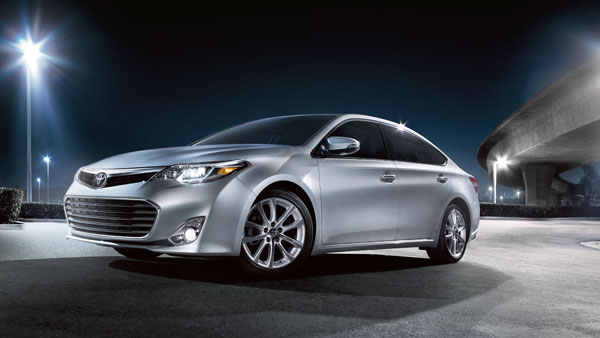 Brought to you by Don Moore Toyota in Evansville, Indiana.