2014 Toyota Highlander Profile: The Gift that Keeps on Giving 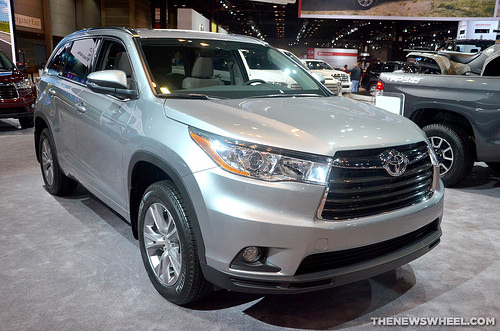 Every child that celebrates Christmas would likely give anything for a ride in Santa’s sleigh. While it might be difficult to get a hold of one during the holiday season, we’ve got something even better for you—the 2014 Toyota Highlander. While it might not be as fuel-efficient as Santa’s sleigh nor as magical, the all-new Highlander could still be the perfect choice for your active family this Christmas.

Now available with a Hybrid powertrain, the mid-size, three-row SUV is untouchable, offering everything a family could want, including a sleek design that puts Santa’s sled to shame, technology that would make even anyone jealous, and safety you could never get with reindeer pulling you (talk about unreliable!). With a refined interior that uses premium materials to add a bit of an upscale touch, along with a new sleek, yet strong exterior, you can’t go wrong with the 2014 Highlander. Add the 2014 Toyota Highlander Hybrid option and its ability to get best in class 28 mpg combined, and there’s really no reason why the SUV isn’t right for you.

Though it won’t arrive in dealer showrooms until mid-February 2014, the 2014 Toyota Highlander is still the perfect present for the entire family.