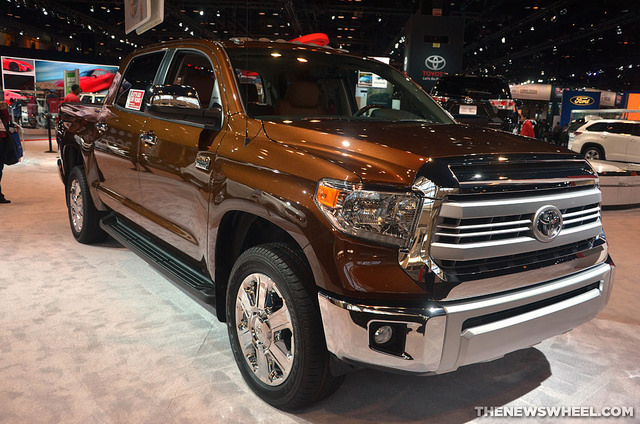 The Toyota Tundra 1794 Edition is a special version of the 2014 Toyota Tundra that pays tribute to founding of JLC Ranch, the ranch that used to be where Toyota’s San Antonio, Texas plant now stands.

Related: Design and Engineering Feats behind the All-New 2015 Toyota Camry 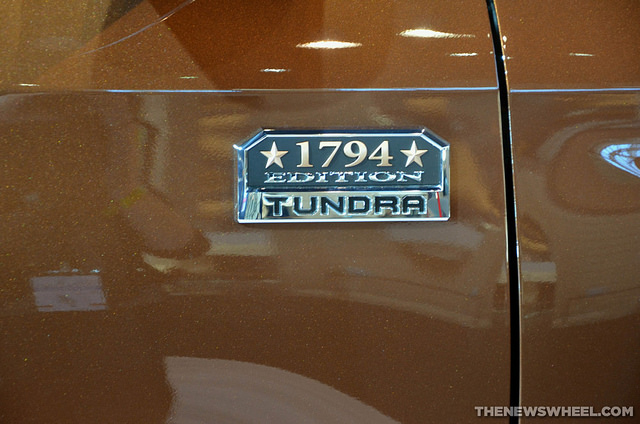 The 1794 edition Tundra doesn’t look much different that the traditional Tundra with its beefy lines and smoothly rounded edges. Unique 20-inch alloy wheels and the 1794 Edition badges set it apart though, warning consumers that they’re about to enter the Mecca of Wild West living.

The 1794 Edition gets the Tundra’s top-of-the-line 5.7-liter V8, which pumps out the most power with 381 horsepower and 401 lb-ft of torque. A six-speed automatic transmission is standard, though it offers both front-wheel- and four-wheel-drive. When properly equipped, this setup allows the 1794 to tow up to 10,400 pounds.

The EPA-estimated fuel economy for this special edition pickup isn’t that great, only returning 13 mpg city and 17 mpg highway, making it a bit on the lower end compared to the fuel-efficient Ford F-150.

Toyota brings the Wild West to live in the 1794 edition Tundra’s cabin, with a Western-themed design that includes saddle-brown leather trim and rustic looking wood accents, creating a rugged, yet luxurious interior. That’s where the Western-theme stops though, thanks to the tricked-out technology that the 1794 Tundra has, which would never be seen in the rugged Wild West. Heated and cooled power front seats, a power moonroof, parking sonar, and an available blind-spot monitoring system are just some of the little goodies this interior has, along with Entune premium. The cab offers plenty of room with comfortable seats, bringing function and luxury together under one roof.