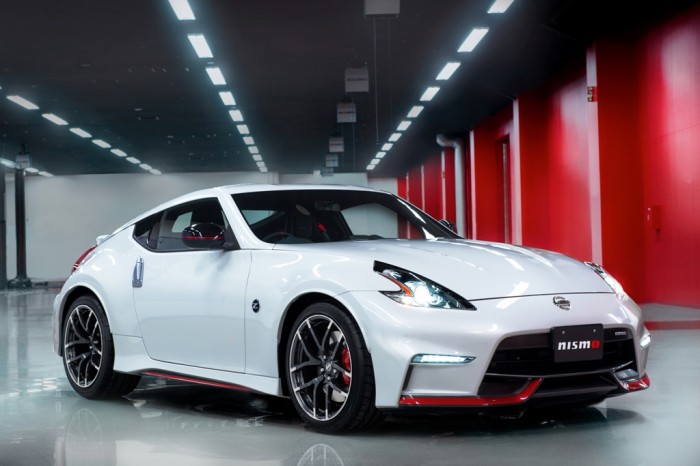 “NISMO is the heart and soul of Nissan performance, both for the track and on the street, so it’s fitting that we are showing the dramatic new 2015 370Z NISMO for the first time at a gathering of our most loyal and enthusiast owners,” said Nissan Chief Planning Officer and Executive Vice President Andy Palmer. “The new 370Z NISMO joins the recently introduced Nissan GT-R NISMO and Nissan JUKE NISMO RS, giving performance fans a range of fresh, factory tuned NISMO models to enjoy.” 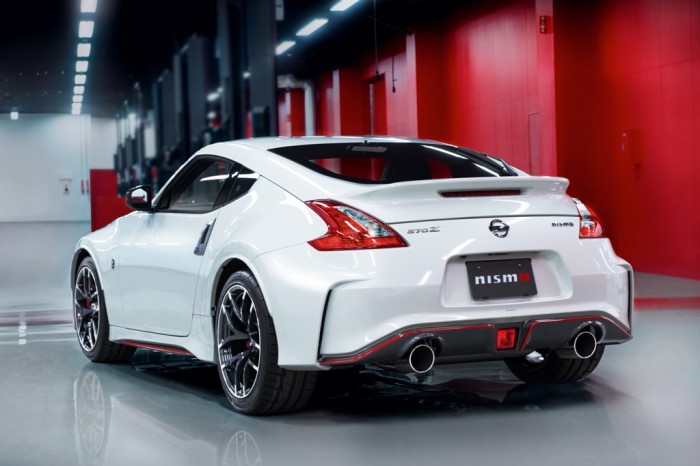 As the teaser released earlier indicated, the 2015 370Z NISMO has undergone some substantial design changes. The red front lip spoiler, LED daytime running lights, and reworked front fascia previewed in the image are significant contributors to the new-look 370Z, as is red trim along the side sills, black sideview mirrors, and rear fascia; restyled 19” NISMO twin-five spoke wheels; and reoptimized rear spoiler.

The engine will be unchanged from 2014 with the 3.7-liter DOHC V6 with VVEL remaining in place, but the 2015 370Z NISMO will get for the first time the close-ration six-speed manual with SynchoRev Match® and the seven-speed automatic with DRM, Adaptive Shift Control, and paddle shifters. 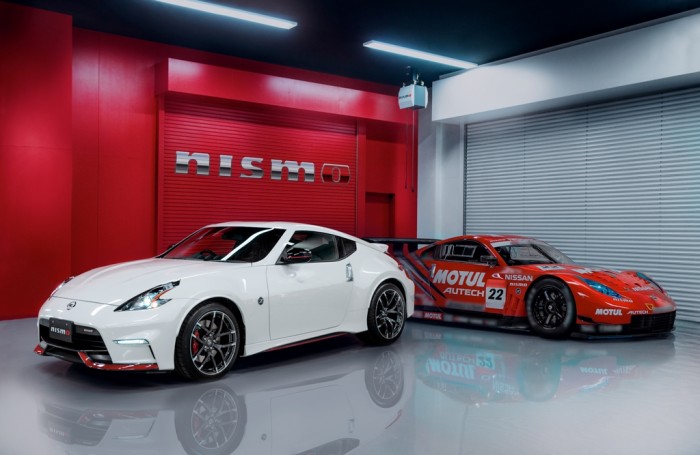 The 2015 370Z NISMO will only be available in Solid Red, Magnetic Black, Brilliant Silver, and Pearl White. It’s set to hit dealerships, looking all fine and whatnot, in July.

Stay tuned to The News Wheel for more details between now and then!