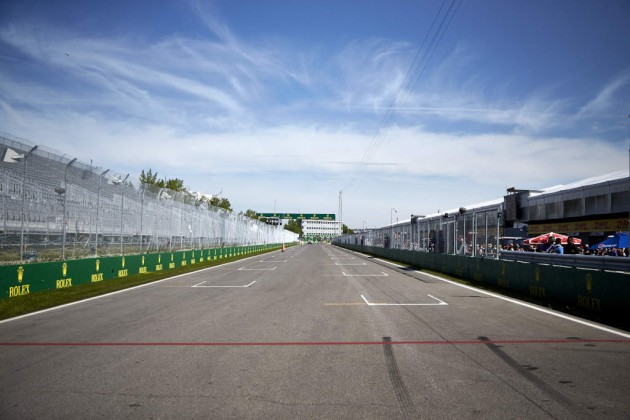 The 2015 Canadian Grand Prix was set to be a good one even before it had started—partly because it has that reputation and partly because two drivers were bound to give us a show.

Saturday, an issue with his Ferrari’s energy recovery system prevented Vettel from qualifying any higher than 16th. Then he got slapped with a penalty for passing Mehri under red flags in practice and dropped further down to 18th. Meanwhile, a turbocharger wastegate problem caused Massa to start only 15th.

That meant two fast drivers in fast cars would be making the climb through the pack on Sunday. Regardless of how things would go down out front, we’d at least have that to look forward to.

And a good thing too, because the race did turn out to be relatively uneventful otherwise. As per usual, Hamilton and Rosberg sped away without difficulty, and both drivers seemed to have a reserve pool of speed from which they could draw should anyone start to threaten their position, even though they regularly needed to save fuel.

Rosberg was never able to get close enough to truly snatch the win away from Hamilton, but it wouldn’t be fair to say he didn’t offer a challenge. As previous races have shown, it can be extremely difficult to overtake cars that aren’t significantly less competitive, and Rosberg was constantly running into brake heating problems whenever he got too close to his teammate. 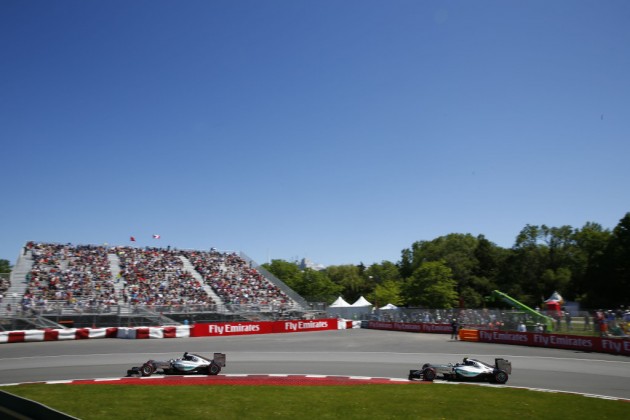 Rosberg couldn’t ever quite catch Hamilton

Behind, Räikkönen seemed set to join them on the podium, but an odd surge in power as he exited the hairpin made him spin out of control. Although he recovered, he lost several seconds during the crucial mid-race pit phase, allowing Bottas to grab 3rd place. Ferrari was disappointed as Williams celebrated its first podium of the season.

Vettel made up several positions in the first few laps and then pit unusually early to undercut Massa, who was also making his way through the field. He then had several close brushes with long-time rival Alonso, who didn’t make his life easy despite driving a slower car. He eventually finished 5th after an excellent run that saw him gain 13 places.

Massa offered fans the best moment of the race when overtaking Ericsson, at times so close to contact that it made these drivers’ enormous salaries seem almost justifiable. He finished 6th after making up 9 positions. Behind him, Maldonado scored his first points of the year with 7th place.

It was more drama and frustration than success down the rest of the field. Grosjean misjudged his distance to Stevens when attempting to lap him, instead driving over his front wing and instantly puncturing his rear tire. Although he was able to dive straight into the pits, he had to settle for 10th instead of the 5th place he had been poised to achieve before the incident. 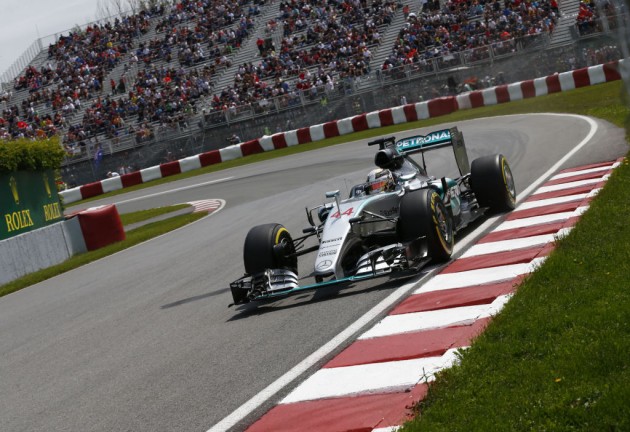 Hulkenberg spun when attempting to defend his position from Vettel. Kyvat was able to score a mere 2 points for Red Bull, but Ricciardo expressed extreme disappointment in the team’s performance.

There is no doubt, however, that the biggest source of disappointment and frustration was once again McLaren-Honda team. Alonso openly complained about the car on the radio and eventually both he and his teammate were forced to retire. I’ve said it before but will again: it’s a shame to see such talented drivers waste away at a team that made empty promises. The worst part is that by the time McLaren will be competitive, both Alonso and Button are likely to retire.

The next Grand Prix will take place in Austria at the new Red Bull Ring. It’s one of the most beautiful races in terms of its locale, so look forward to that! See you in two weeks!