The brief and less-than-wondrous disappearance of the Chevrolet Colorado midsize pickup in America has ended after the unveiling of the 2015 Chevy Colorado at the Los Angeles Auto Show this past Tuesday. The automaker says that the new Colorado will redefine what consumers think of the midsize truck segment by offering full-size capability and versatility when it arrives in the fall of 2014. 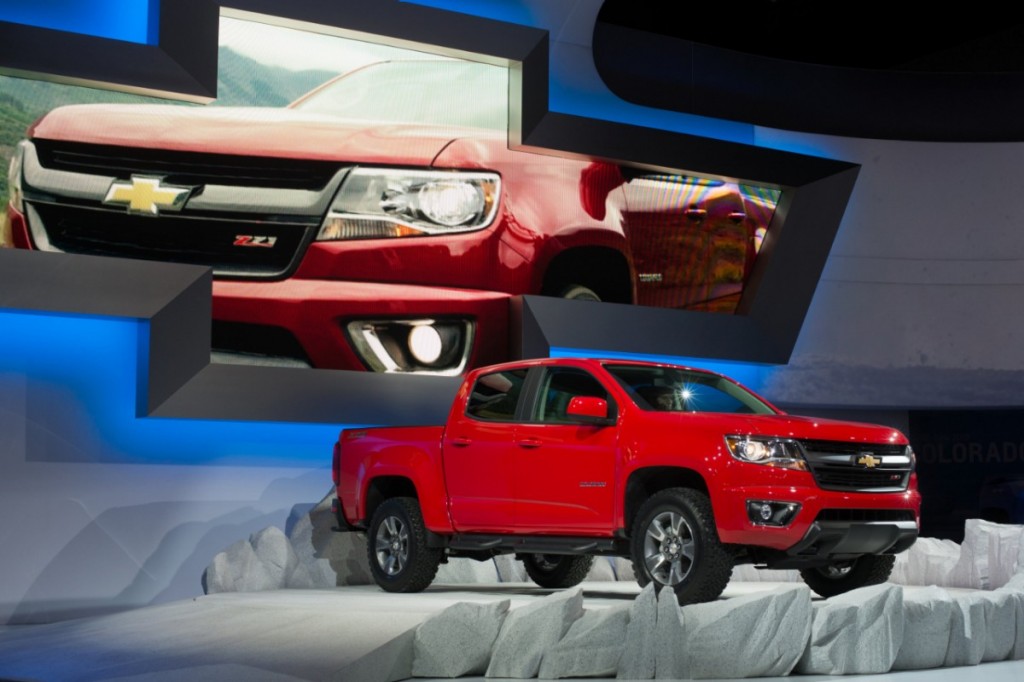 “Our strategy is simple: meet the needs of the broadest possible customer base, and let them choose precisely the right truck to meet their needs,” said Mark Reuss, General Motors executive vice president and president of GM North America, in Chevrolet’s press release. “The all-new Colorado benefits from the solid foundation established by the Silverado, and it reinvents the midsize truck while reinvigorating the segment at the same time.”

It is anticipated that the Colorado will be the most powerful truck in the midsize class with a 2.5L inline-four standard and a 3.6L V6 available.  What might be even more exciting is the expected addition of a Duramax 2.8L inline-4 turbodiesel, which is already offered globally on the Colorado and will be the only one of its kind in America.

The 2015 Chevy Colorado is also expected to deliver class-leading payload and trailering capacity at more than 6,700 pounds.  According to Chevrolet, the Colorado will also boast the following features:

The 2015 Chevy Colorado will also feature a unique look that sets it apart from its big brother, the Silverado, and from all other trucks on the market.  Interior styling and various connectivity, control, and safety features will make the Colorado a must for anyone looking for big truck performance in a midsize package.

Stay tuned to The News Wheel as more information about the 2015 Chevy Colorado becomes available and for more coverage of the 2013 LA Auto Show.