Now with an 8-speed transmission, Chevy challenges you to find a new flaw in the Stingray.

There are not many vehicles faster than the 2014 Chevy Corvette Stingray.  The massive 6.2-liter LT1 V8 engine pumps out 455 horsepower and 460 lb.-ft. or torque, which propels the legendary sports car from 0-60 mph in less than four seconds.

Not only will the eight-speed boost for the 2015 Chevy Corvette transmission enhance the driving experience, but it will also make it more fuel-efficient.  The 2014 Corvette is already the most fuel-efficient performance vehicle on the market with its impressive 29 mpg highway, and the new transmission could push the mark over 30 mpg.

Do you think the all-new eight-speed automatic transmission that will be placed in the 2015 Chevy Corvette is a big deal?  Share your thoughts in the comments below! 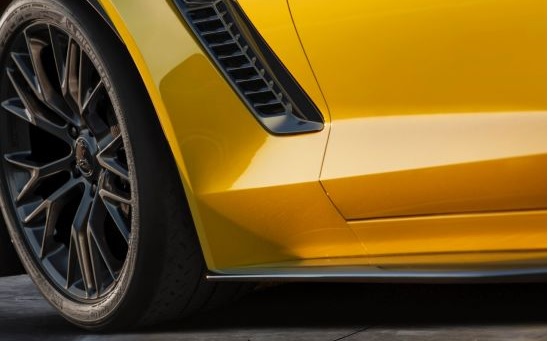