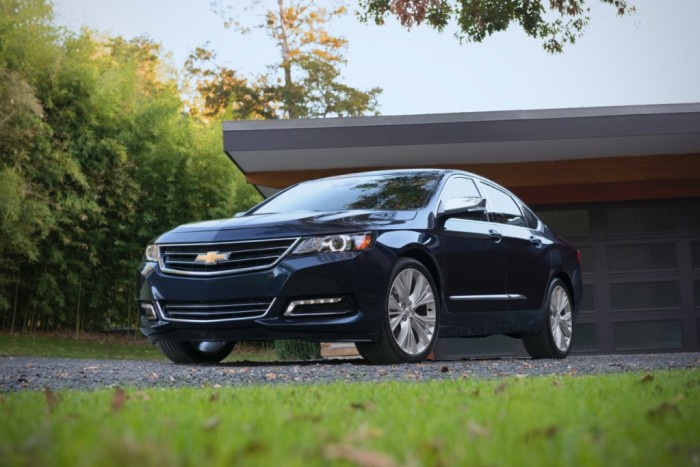 The 2.5-liter four-cylinder offers an EPA-estimated 25 mpg city and 36 mpg highway, while the more powerful 3.6-liter V6 gets an estimated 29 mpg highway. 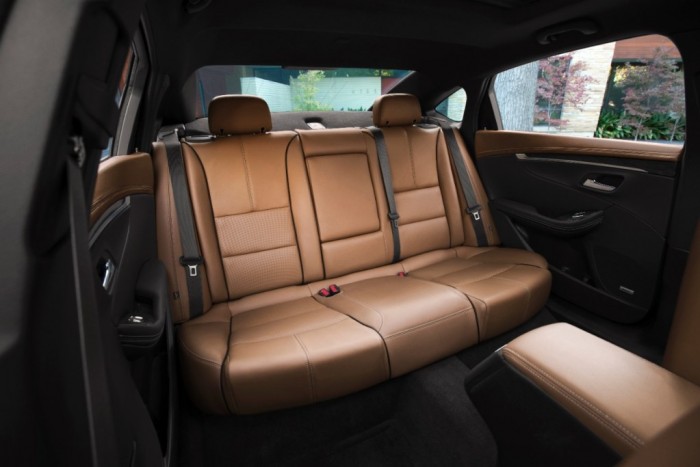 The large Impala features more interior space than most of its competitors, comfortably seating five adults. Quality materials accent the flowing instrument panel, which is well laid-out and easy to read. The available eight-inch diagonal touch-screen display goes up and down with the touch of a button, revealing and concealing a lockable compartment with a USB port for discreetly charging your phone.

Cabin noise has been drastically reduced with Bose® Active Noise Cancellation, triple-sealed doors, and acoustic-laminated glass. Passengers will be comfortable and connected in the Impala’s modern and welcoming cabin.

The Impala comes standard with ten airbags and can be fitted with adaptive cruise control, blind-spot monitors, parking sensors, and a rearview camera is an option on all but the LTZ. The 2015 Impala has earned the top overall rating of five-stars in government crash tests, including five-star ratings in the frontal and side impact tests.