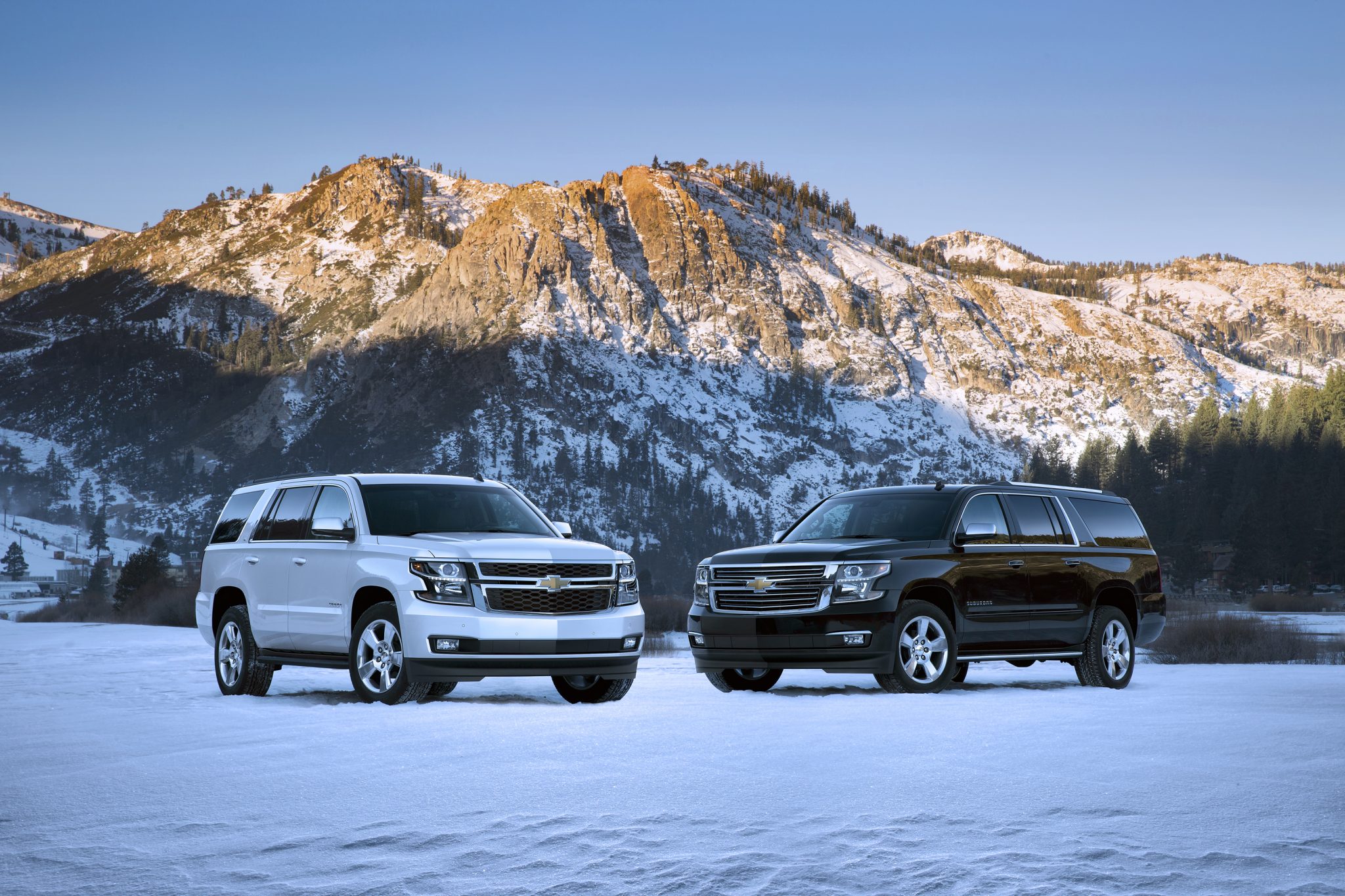 The 2015 Chevy Tahoe and Suburban, in front of Lake Tahoe. (See what they did there?) ©GM

The 2015 Chevy Tahoe and Suburban SUVs were recently launched, but those who had held off on purchasing one of the two new models can opt for some added goodies in a few months. Beginning in October, production of the Tahoe and Suburban will include models with several new features: OnStar 4G LTE with a built-in Wi-Fi hotspot, wireless phone charging capability, and a hands-free liftgate. 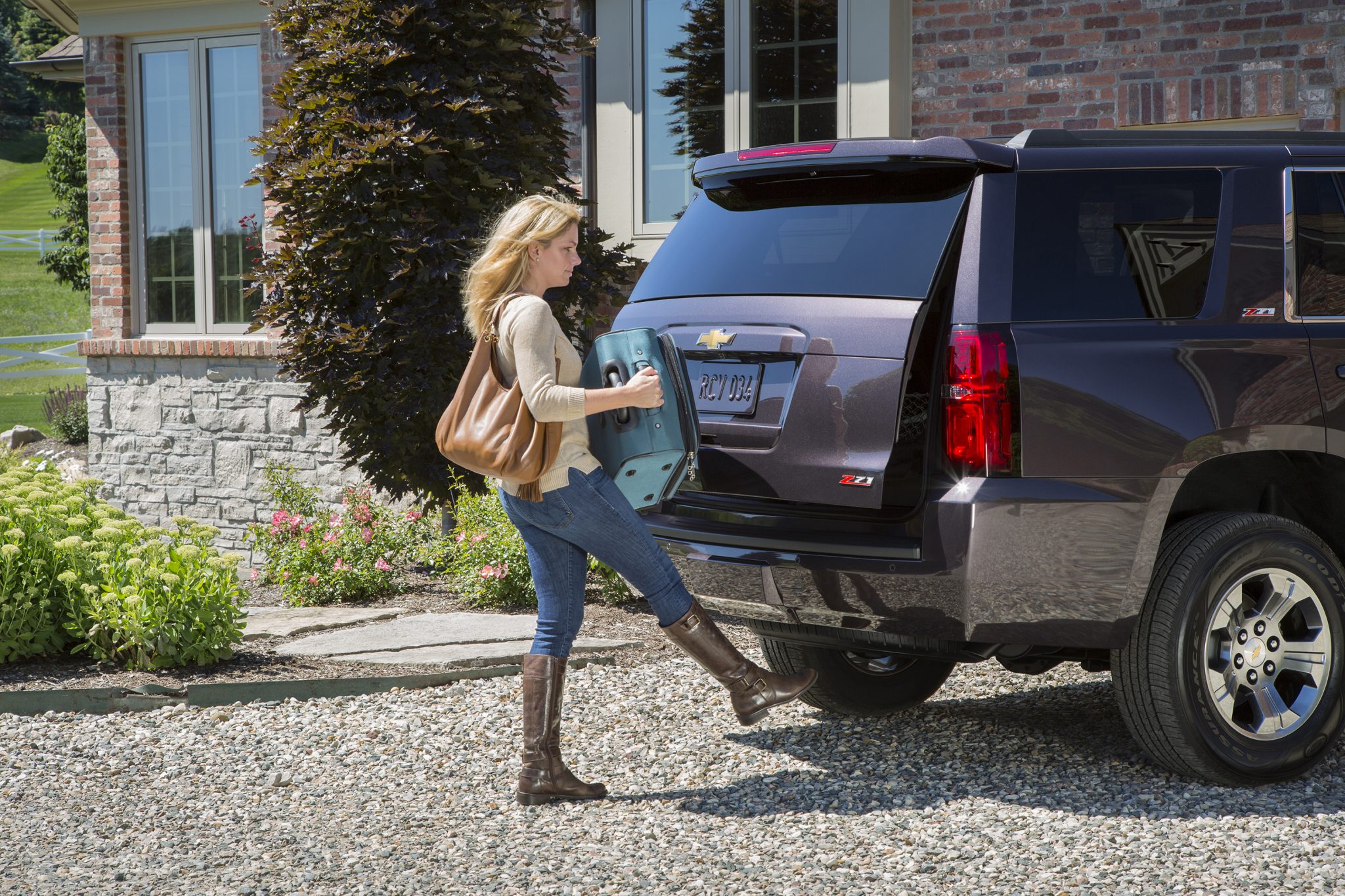 The hands-free liftgate on the 2015 Tahoe

“The 2015 Tahoe and Suburban have resonated with families who want maximum capability combined with comfort and efficiency,” commented Sandor Piszar, the director of Chevrolet Marketing. “These new technologies make Chevrolet’s class-leading full-size SUVs even more attractive as the go-to vehicles for active lifestyles.” 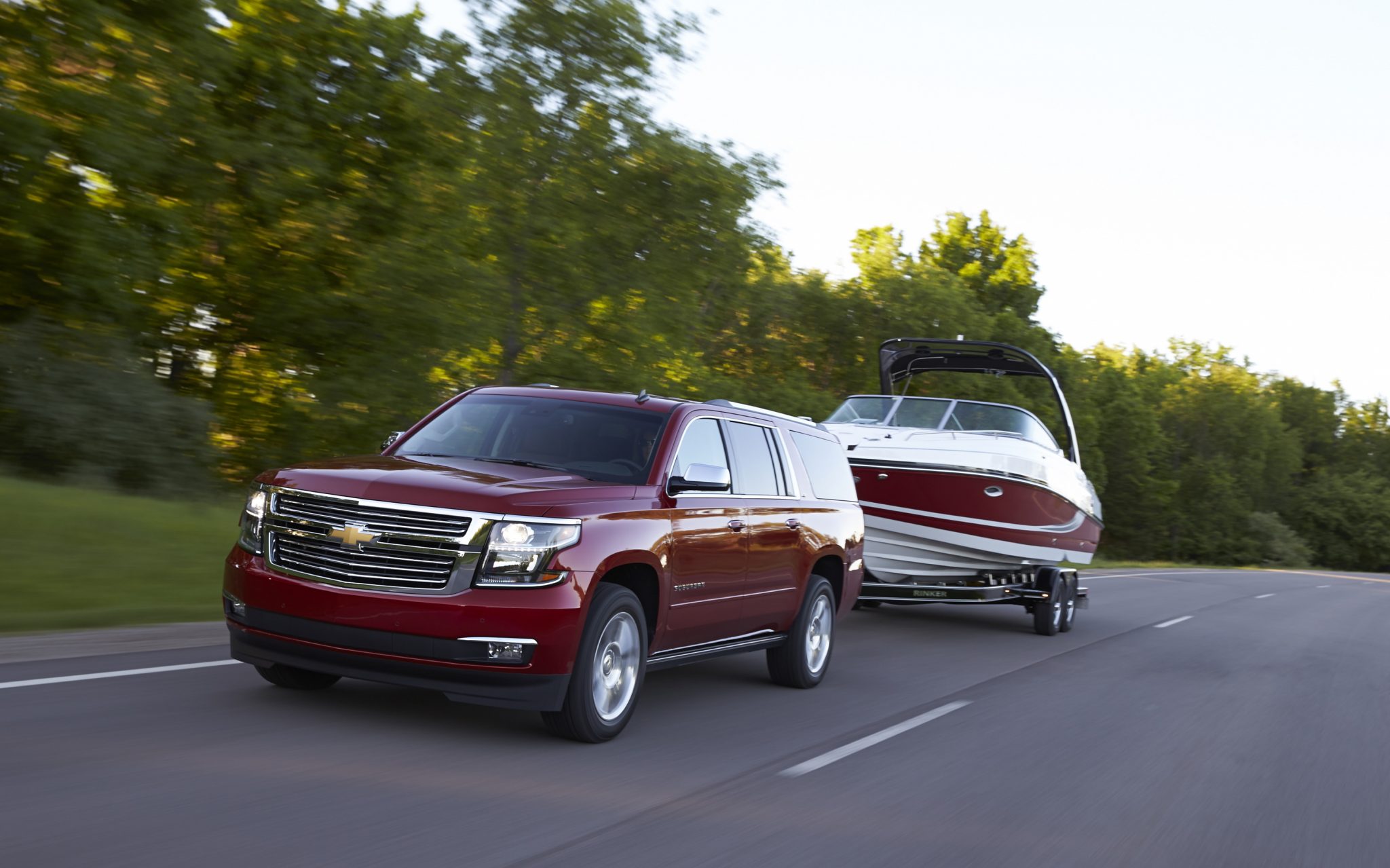 Even without all this new tech, both the 2015 Chevy Tahoe and Suburban bring a lot to the table. For instance, the SUVs boast up to six USB ports and six power outlets, keyless entry and push-button start, and fold-flat second- and third-row seats. They also offer an available rear-seat entertainment system with Blu-Ray, up to 94.7 cubic feet of cargo room (Tahoe) or 121.1 cubic feet of cargo room (Suburban), a conversation mirror, and the segment’s only Front Center Air Bag, which inflates the space between the driver and passenger.

Both the 2015 Chevy Tahoe and Suburban sport a standard EcoTec3 5.3-liter V8 engine and are offered with a two-year/24,000-mile scheduled maintenance package, along with the three-year/36,000-mile vehicle warranty and the five-year/100,000-mile powertrain warranty.