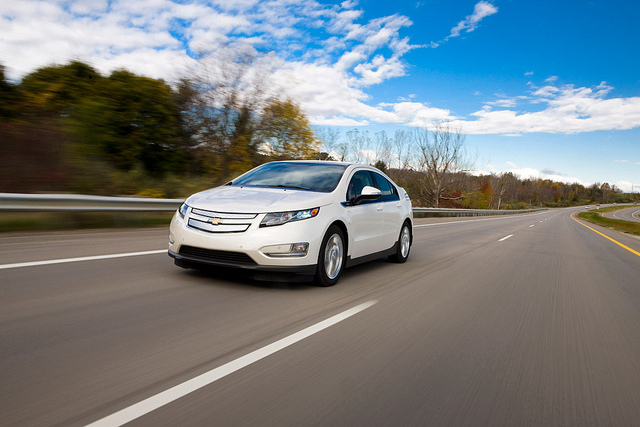 We’re going to see very few 2015 Chevy Volt updates, and that’s likely because it’s very near the end of its cycle. We should expect a major refresh for the Volt in the coming years. For now, however, we’re just going to see a handful of changes—a few new features and one simple deletion.

Of course, the 2015 Volt will be getting the OnStar 4G LTE Wi-Fi hotspot, like most of the GM lineup. In addition, it will be getting an all-new Navigation and Bose Premium Audio package. Finally, a new exterior color option will be added (at an extra cost): Iridescent Pearl Tricoat.

While we do get the Iridescent Pearl Tricoat added to the exterior color lineup, it comes at a cost. For the 2015 model, we’ll be saying goodbye to the popular White Diamond Tricoat.

Keep checking in for more information on the 2015 Chevy Volt.