Last week, Chevrolet announced two distinct 2015 Corvette design packages: the Atlantic luxury convertible and the Pacific performance coupe. (I must say, though, as someone who lives much closer to the Atlantic coast than the Pacific, I would much prefer to have a convertible out west, where they actually sometimes see the sun.) These design packages will go on sale later in the year, along with the rest of the Stingray lineup.

“One of the design goals for the Corvette Stingray was to provide customers with the flexibility to tailor the car to their personality,” said Kirk Bennion, Corvette exterior design manager. “The Atlantic and Pacific Design Packages were originally designed to showcase how the Stingray could be configured as a luxury sport GT car or as a high-performance motorsport car.”

If these 2015 Corvette design packages look familiar, that’s because they debuted as concepts last fall at SEMA in Vegas. The Atlantic and Pacific Corvettes aren’t the first SEMA concepts to make it into production, however; Chevy has already launched several Camaros, including the Hot Wheels Camaro, and the Sonic Dusk. 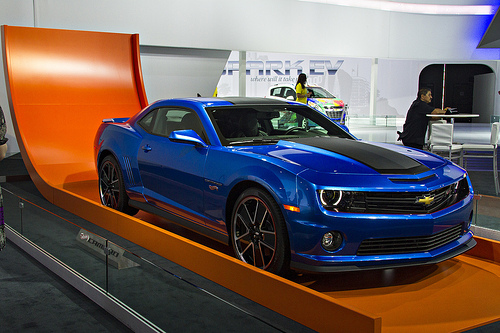 “We plan to make news with the Corvette Stingray every year, in part by offering special-edition models that offer a unique, personal ownership experience,” commented Todd Christensen, Corvette marketing manager. “Our customers have told us they appreciate these limited-edition models, which have become an important part of the Corvette’s legacy.”

Standard for both models is a seven-speed manual gearbox. Available, however, is an eight-speed paddle-shift automatic transmission, as well as the new Performance Data Recorder. 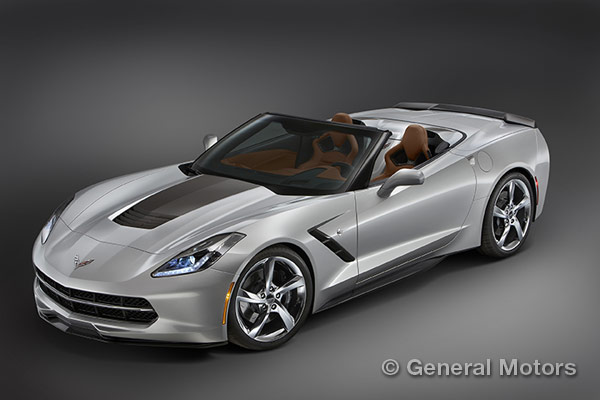 The Atlantic Design Package will be offered exclusively on Z51-equipped convertibles on just the 2LT or 3LT trims. According to the official press release, designers of the Atlantic Stingray took cues from private jets at European vacation destinations, mirroring their luxury and their performance. (Except, you know, they can’t fly.) The 2015 Corvette Stingray Atlantic will be offered in all colors for the traditional Stingray. 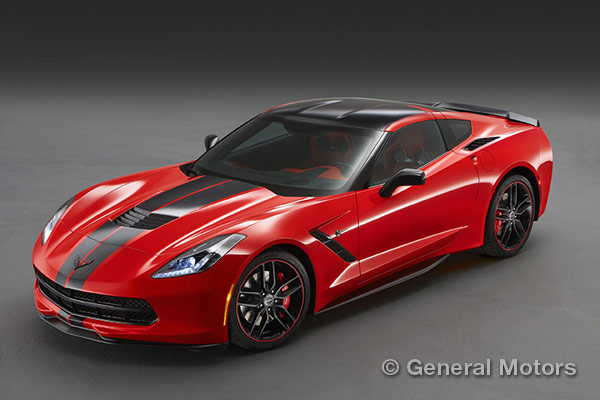 Whereas Chevy describes the Atlantic as focused on luxury, the Pacific is all about performance. As such, designers got their inspiration from West Coast drivers going to track events. Like the Atlantic, the Pacific Design Package is available on Z51-equipped models on the 2LT and 3LT trims only.

Other unique features for the Pacific Design Package include the following: