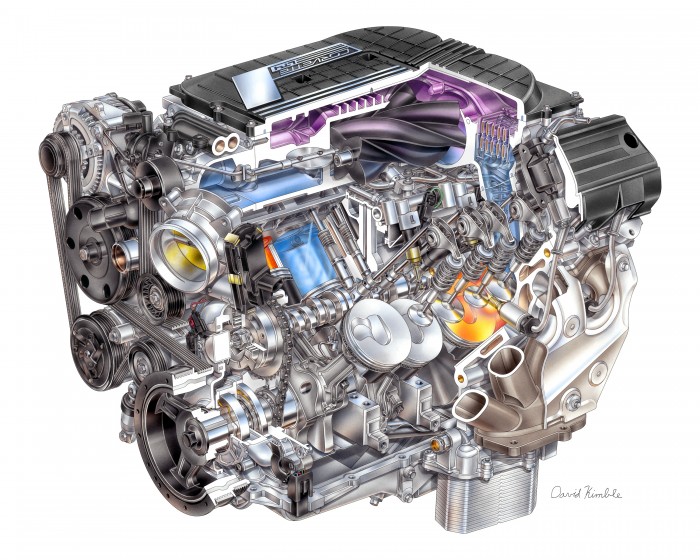 Yes, you read that correctly. The all-star 2015 Corvette Z06 engine—the LT4 supercharged 6.2-liter V8—is SAE-certified at 650 horsepower. This makes next year’s Z06 the most powerful production model ever to come out of General Motors and one of the elite few production cars in the U.S. to top out at more than 600 horsepower.

“The LT4 Small Block sets a new benchmark for power and torque at GM,” said Steve Kiefer, vice president, GM Powertrain Engineering. “The engine also puts the new Corvette Z06 on par with the most powerful supercars offered in America, while delivering performance with impeccable manners that make it suitable for daily driving.”

“Torque is the pulling power of an engine and the LT4’s abundance of it at every rpm in the engine’s speed range helps the 2015 Corvette Z06 accelerate quicker and respond nearly instantaneously,” said Jordan Lee, chief engineer for Small Block engines. “It’s the very definition of power on demand.” 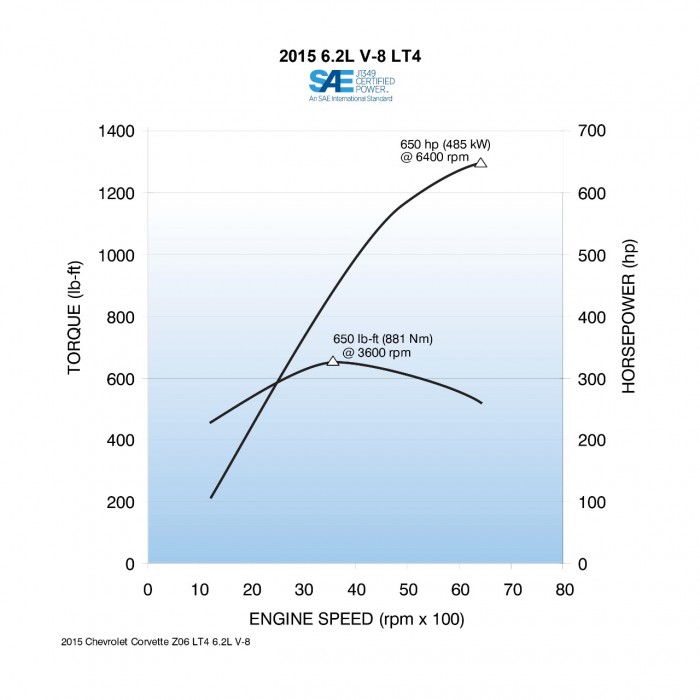 Check out the numbers for hp and torque.

“It’s also worth mentioning that the LT4’s supercar performance numbers are achieved with an engine that is nearly the same size as the very compact LT1 engine introduced in the 2014 Corvette Stingray,” Lee continued. “The power density of the LT4 makes it one of the smallest and lightest 650-hp engines in the industry.” 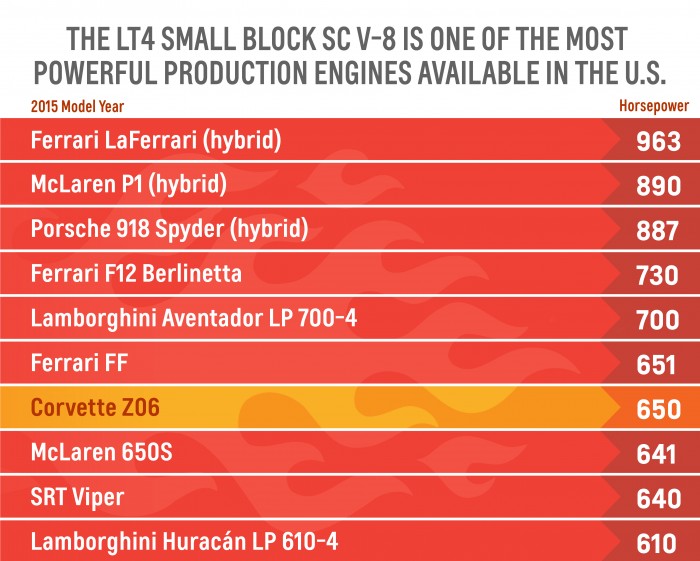 The LT4 supercharged 6.2-liter V8 is assembled at two locations here in the States: GM’s Bowling Green Assembly Plant and GM’s Tonawanda Engine Plant. The seven-speed manual transmission (standard) and the paddle-shift eight-speed automatic transmission (available), to which the engine can be mated, are built in Toledo, Ohio.