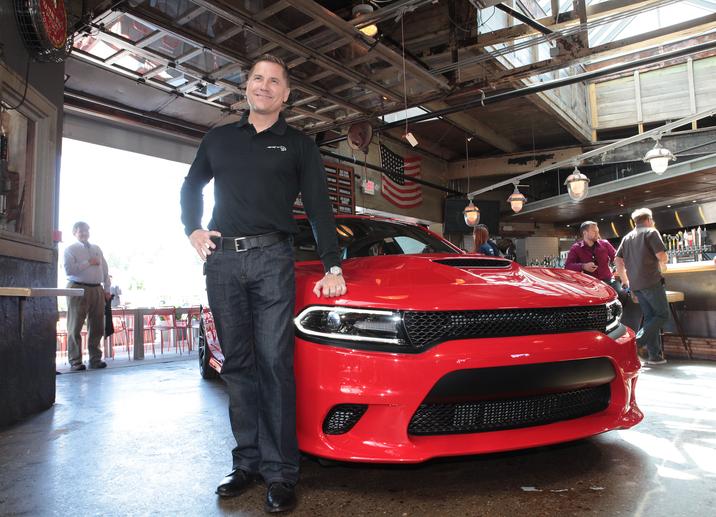 We’ve been perpetually drooling in awe since May, when the Challenger SRT Hellcat was first announced. Since then, Dodge has been teasing us with burnout videos, impressive stats, ringtones, engine growls, and more. But as if that weren’t enough, Dodge had to give use more. Today, the world saw the 2015 Dodge Charger SRT Hellcat unveiled in Royal Oak ahead of the Woodward Dream Cruise, which starts tomorrow. 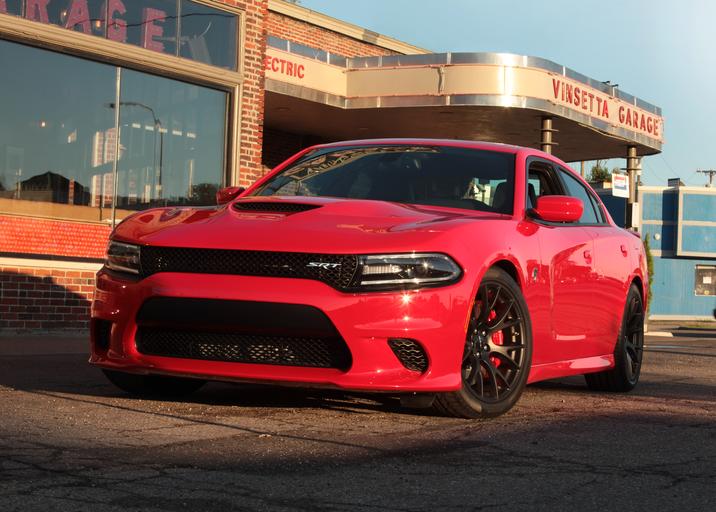 Powered by a 6.2-liter HEMI® Hellcat V8 engine, the 2015 Dodge Charger SRT Hellcat throws down 707 horsepower and 650 lb-ft of torque, earning it the title of the “quickest, fastest, most powerful production sedan in the world.” Impressively, its power ratings match up with the Challenger SRT Hellcat that demanded our attention a few months back. 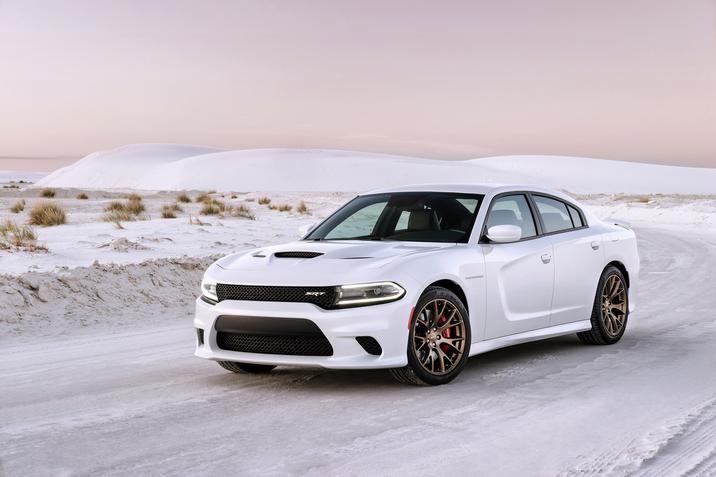 “For the last eight years, a large part of the Dodge Charger’s successful formula has been its many personalities. It’s a muscle car, a performance sedan, a family capable sedan; its success is that it can be any or all of those things, depending on how the customer chooses to equip their car,” said Tim Kuniskis, President and CEO, Dodge and SRT Brands. “And now, with a NHRA-certified quarter mile time of 11.0 seconds and a 204 mph top speed, the new 2015 Dodge Charger Hellcat redefines itself again, as the quickest, fastest, most powerful sedan in the world!”

The HEMI Hellcat V8 is mated to a TorqueFlite 8HP90 eight-speed automatic transmission. The Charger (and its Challenger sibling) Hellcat also gets the largest front-brake package ever offered in a Chrysler Group vehicle: 390-mm Brembo two-piece rotors with six-piston calipers. All told, the 2015 Dodge Charger SRT Hellcat can sprint a quarter mile in just 11.0 seconds, reaching 100 mph in less than 13.0 seconds, and topping out at 204 mph. 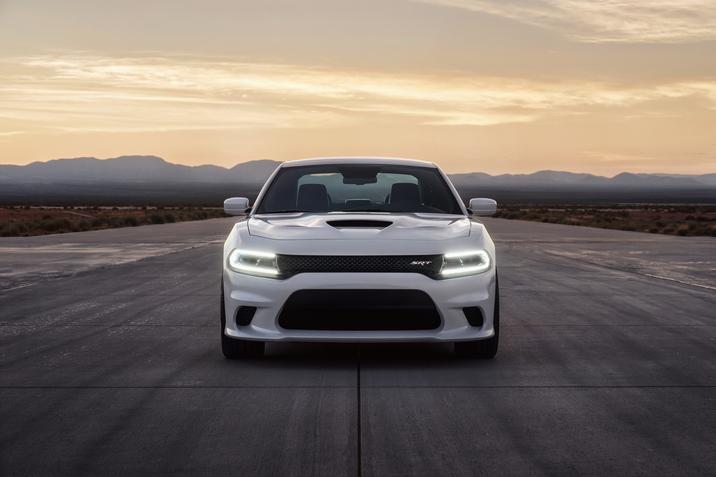 Like the Challenger SRT Hellcat, the Charger SRT Hellcat comes with two key fobs—one red, one black. The black key fob is for “everyday driving” (as if there is such a thing in a Hellcat) while the red key unleashes the full potential of the Charger. The Charger can be put in “Valet Mode,” limiting what the driver can do and has access to. 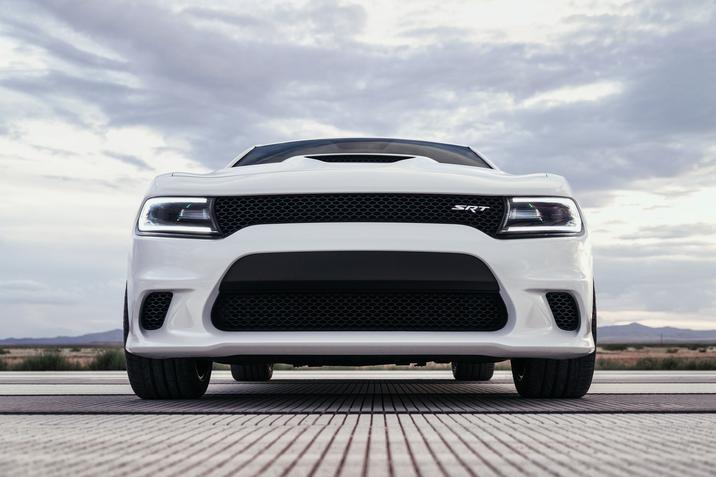 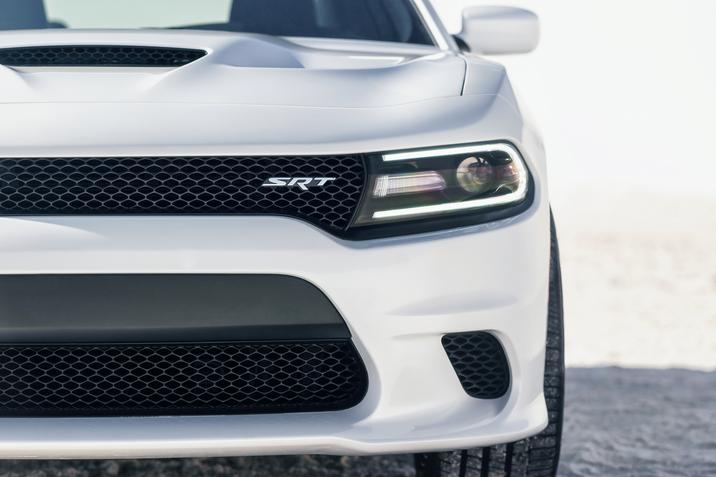 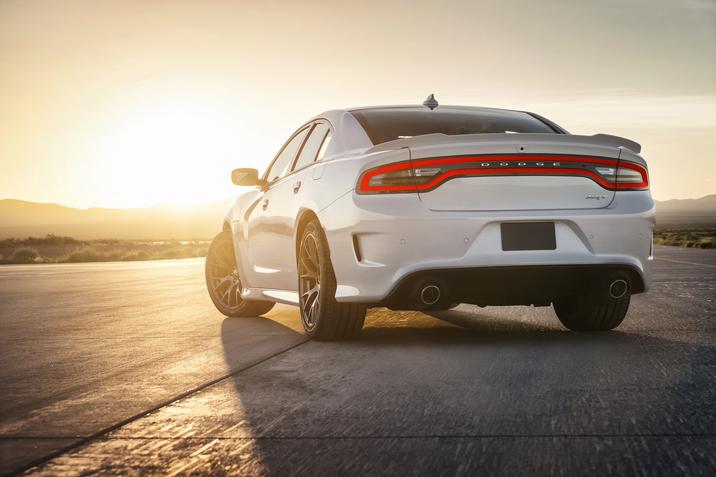 The 2015 Dodge Charger SRT Hellcat made its public debut at the 20th Annual Woodward Dream Cruise. 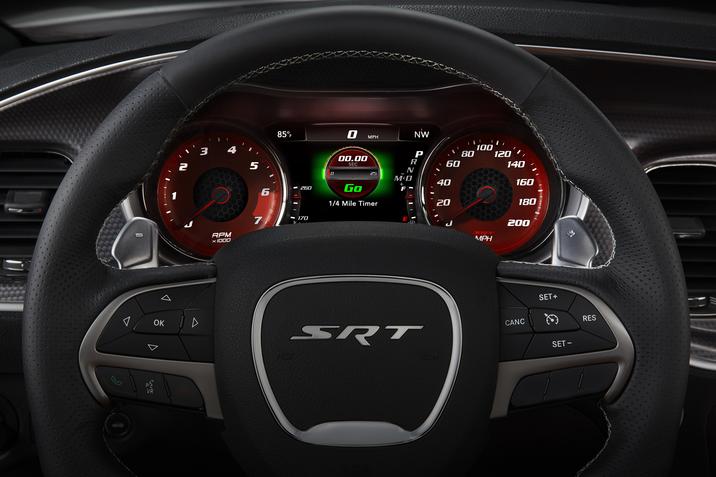 Gear selection is intuitive with the class-exclusive electronic shifter with driver-oriented T-handle. The steering wheel is, of course, heated, with paddle shifters behind the upper spokes. The seats were redesigned with better cushioning; heating and ventilated front high-performance seats and heated rear seats are standard. 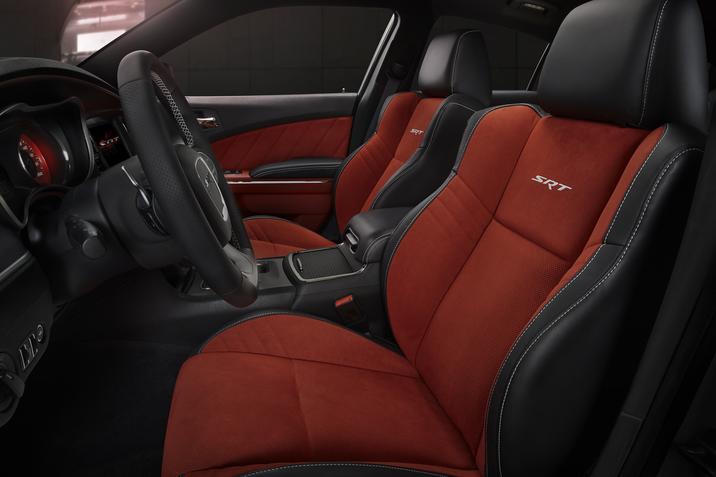