July proved to be a promising month for prospective 2015 F-150 buyers. First, they learned the specs of the new additions to the pickup’s powertrain lineup. Then, they learned about the available models and just how much they can expect to pay for them. Finally, they got their first glimpse at various unique faces of those models with the 2015 F-150 Appearance Guide. 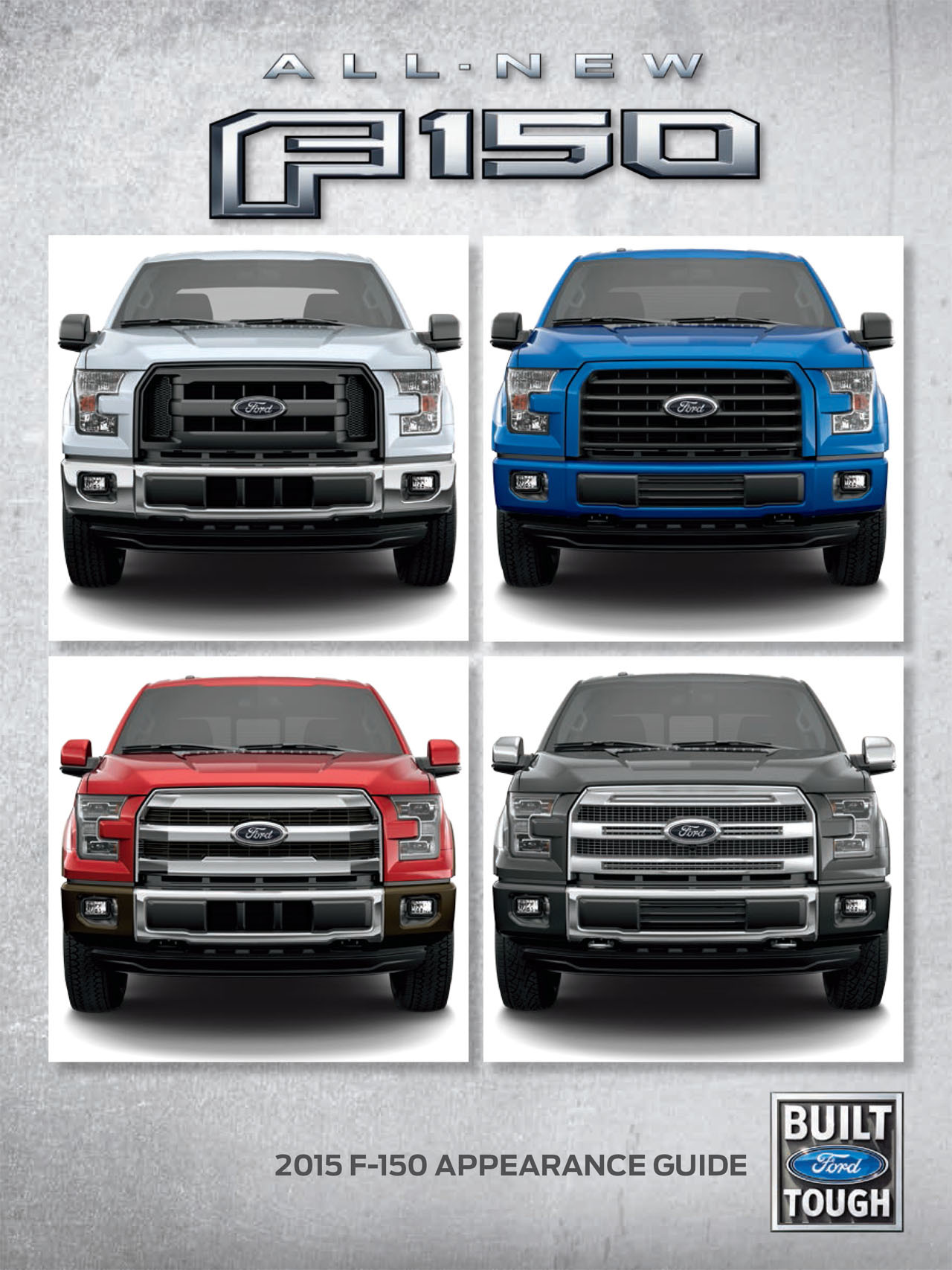 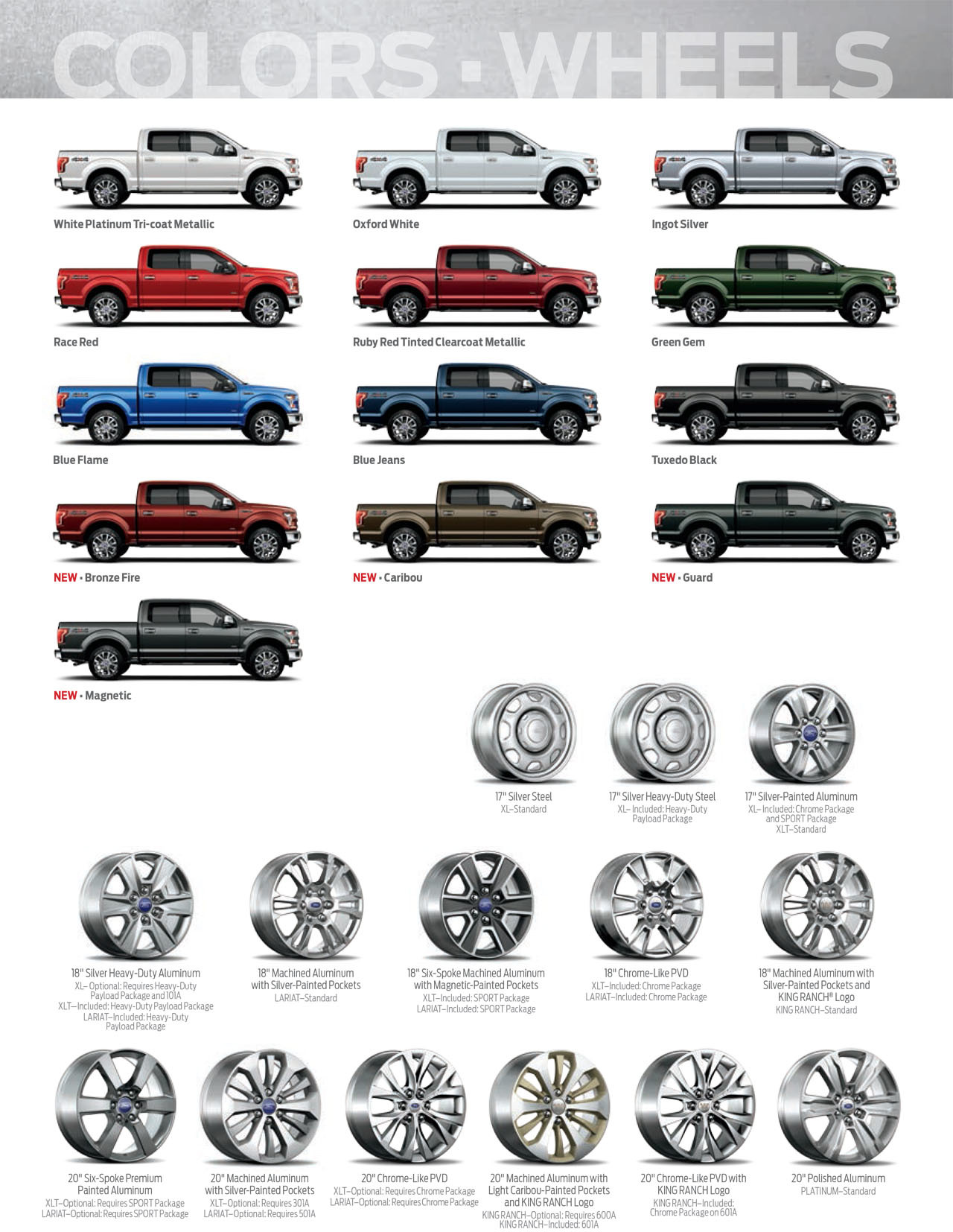 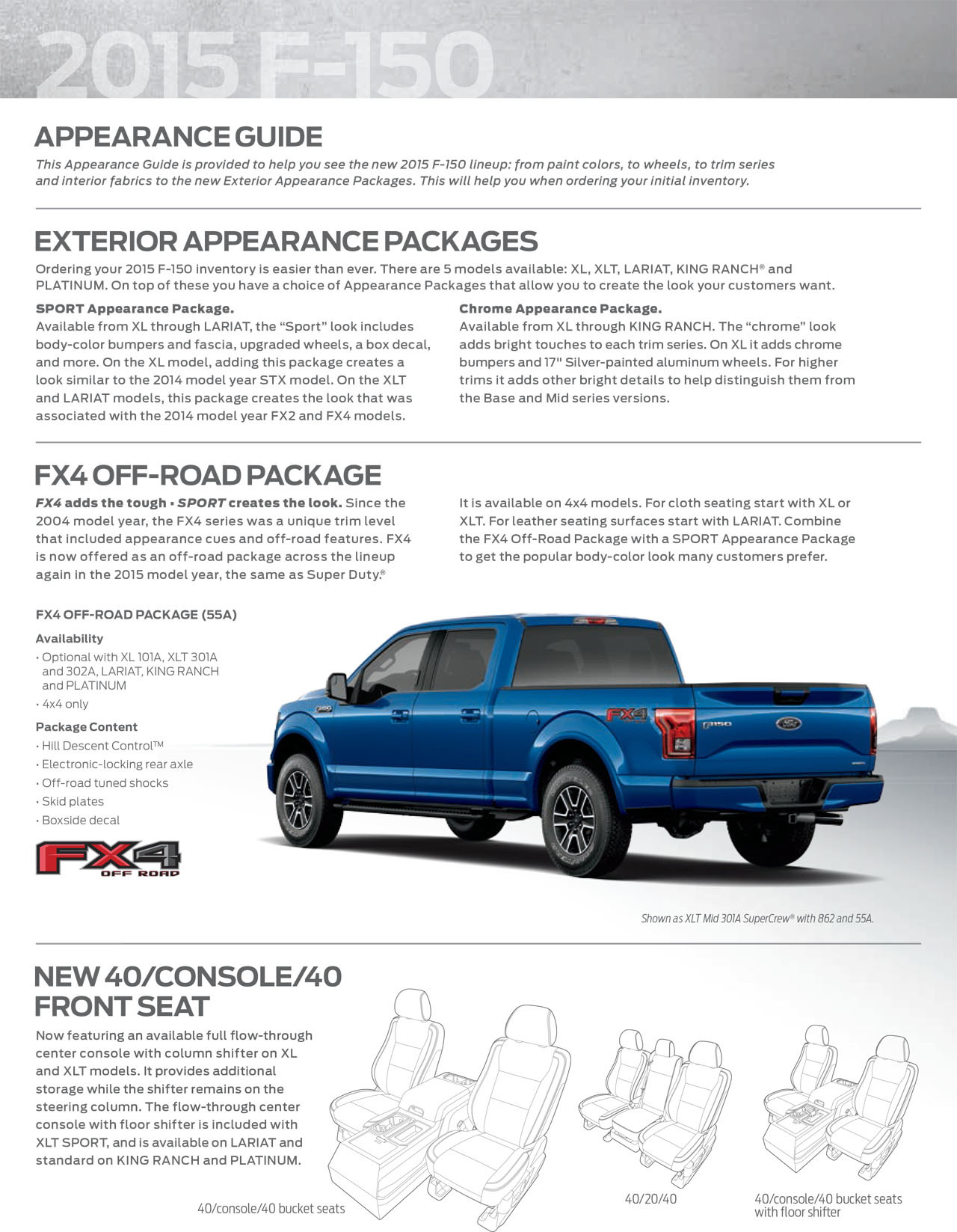 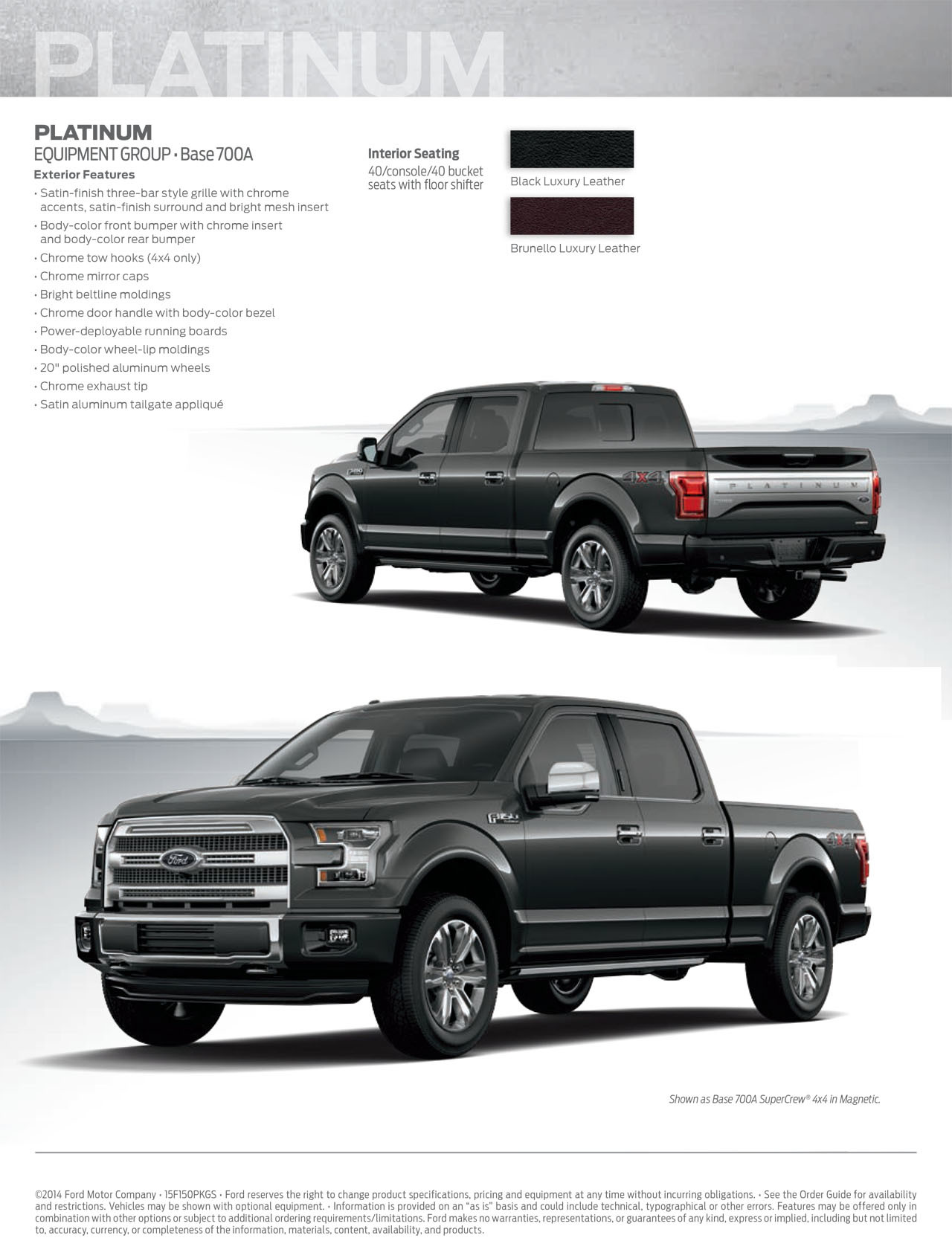 There are so many different permutations that it’s unlikely that the 2015 F-150 you buy will be exactly like anyone else’s. For our money, though, the Lariat Sport 4×4 in Tuxedo Black looks mighty handsome. The Platinum looks fancy, indeed, but something about the word “PLATINUM” written across the tailgate reminds us just a bit too much of those stupid JUICY-butted sweatpants. Nobody likes JUICY-butted sweatpants.