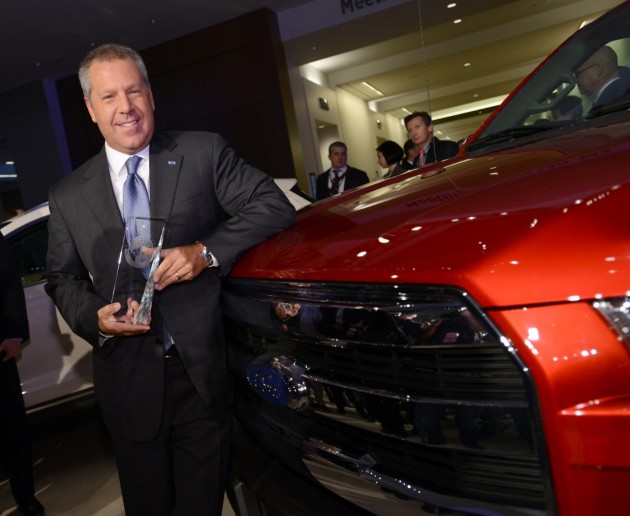 Joe Hinrichs, Ford president of The Americas, accepts the award for North American Truck of the Year

It came as little surprise to most that the 2015 Ford F-150 was named the North American Truck of the Year today at the 2015 North American International Auto Show (NAIAS). It may have been somewhat surprising that the ceremony was held at 7am Monday morning (because sleep is overrated?), but the result was almost universally expected.

“Ford is honored to be named the best among such a strong field of competitors,” said Joe Hinrichs, Ford president of The Americas. “Ford employees and customers have a lot to be proud of with the innovative and award-winning F-150.” 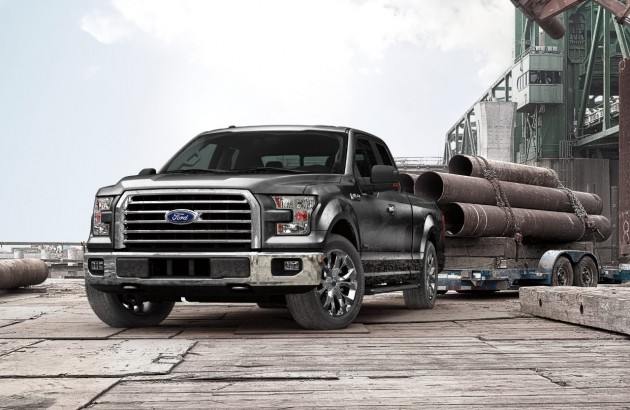 The F-150 defeated the Lincoln MKC and Chevy Colorado to earn the honor, both of which have received numerous awards and accolades since releasing last year. The F-150, however, has been considered a clear-cut favorite since it was first revealed a year ago.

The 2015 F-150’s win marks the eighth time that a Ford model has won the Truck/Utility in the award’s 22-year history. The award is handed out to the vehicle deemed most worthy based on the votes of more than 50 veteran automotive journalists.

The Volkswagen Golf was named North American Car of the Year, beating the Mustang and Genesis.

Ford calls the 2015 F-150 the smartest it has ever built, and it has taken the automotive world by storm with its aluminum-body construction—contributing significantly to fuel efficiency and performance.