If you needed a good race to revitalize your interest in Formula 1, the 2015 Hungarian Grand Prix is a must-watch. Ferrari snatching the lead from Mercedes, a dramatic safety car restart, crashes and contact all around, unexpected upsets, and penalties handed out generously have no doubt made the race at the Hungaroring one of the most exciting in the last few years. 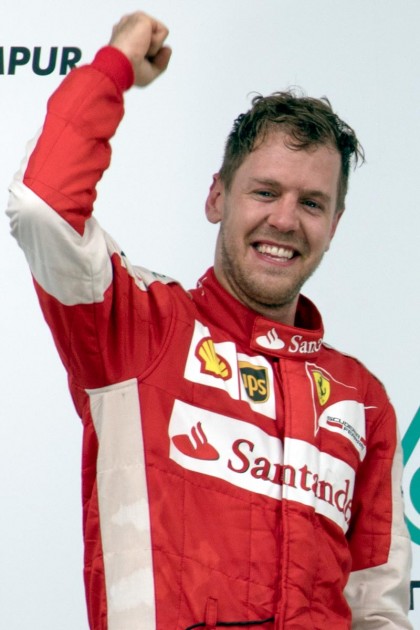 Sebastian Vettel managed to get the edge over the Mercedes duo this time around
Photo: Morio

Let’s start at the beginning. Hamilton on pole with a dominant time, trailed by Rosberg and Vettel. Already, the race looked like it might end in a repeat of this year’s most common podium.

But as in Silverstone, Mercedes was caught off-guard just as the lights went out. Vettel squeezed by Hamilton and then so did Räikkönen, who had started 5th. Worse yet for Hamilton, this allowed Rosberg to overtake and in his desperate attempt to get past his teammate, the Brit lost control and dropped even further down the order to 10th.

It wasn’t getting any better for Mercedes, either. Both Ferraris were driving away from Rosberg, with no reason to believe they would eventually slow down. By lap 42, Vettel was 8 seconds ahead of his teammate, nearly 12 seconds ahead of Rosberg, and 26 seconds in front of Hamilton, who had steadily made his way back up to 4th.

Then things got all shuffled around again. Räikkönen’s MGU-K—a crucial part of the hybrid system—failed, leading to significantly reduced engine performance. Shortly after, Hulkenberg’s front wing popped off from under him, covering the track in debris and sending the car into a wall of tires (no one was injured, fortunately). The safety car came out and brought everyone close together again.

This was a great opportunity for Mercedes to get back to their customary 1-2 positions, but fate had decreed otherwise. When Ricciardo attempted an overtaking move around Hamilton’s outside at Turn 1, the latter understeered into the Aussie and damaged his own front wing. Back to the pits it was for the World Champion, who simply could not catch a break that afternoon. Nor was he about to, as he was handed a drive-through penalty for causing the collision.

Back in front, it was disaster for Räikkönen. With the MGU-K gone, his car simply couldn’t compete on the straights, and the safety car had brought everyone right back behind him to make it easier for them. Eventually the problem got bad enough that he was forced to retire, after what had originally looked like a sure podium.

The race to the checkered flag was on, then. Vettel led the charge, followed by Rosberg, who in turn was under attack by Ricciardo. Though he struggled to get closer than within a second of the four-time champion, the afternoon had been going grandly for Rosberg, who was about to make up a lot of championship points on his teammate.

But the race wasn’t over yet, and it still had plenty of drama in store for us. Ricciardo went for a risky dive on Rosberg’s inside and, upon exiting the corner, found the latter’s rear tire with his front wing. Rosberg almost immediately suffered a puncture and had to limp back to the pits. Just like that, in spite of all that had happened, he was once again behind his teammate. 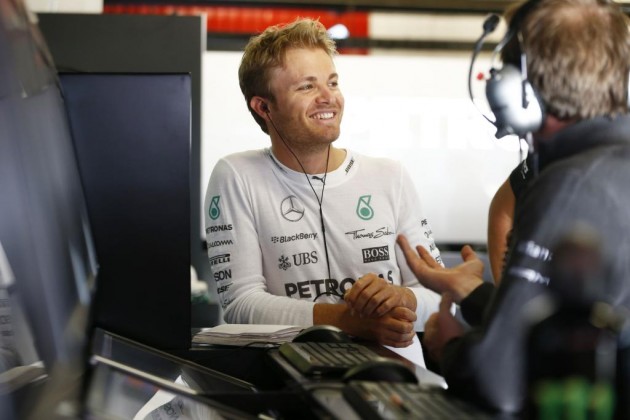 “Racing is very tough sometimes,” he said after the race, visibly upset. “It’s an awful feeling to lose it at the end. [The incident with Daniel] destroyed my race, which is a real shame as I could have gained a lot of points on Lewis. At the moment I’m not looking forward to the summer break. I just want to be back in the car and racing again tomorrow.”

It also hurt Ricciardo’s race, but just a little. He eventually finished 3rd, just behind his teammate Kvyat, who enjoyed a career-first podium and became the second youngest podium finisher in F1 history at just over 21 years old. Perhaps even more impressive than this fact was that Verstappen finished 4th, marking Toro Rosso’s best-ever result while aged only 17.

There was plenty going on in the lower positions, too. Alonso, who had been edging near the top 10 all race long, benefited from the chaos to grab a surprising 5th place, helping McLaren to achieve its best result this year. Button contributed as well with a 9th place finish.

For Williams, the race was a disaster. Massa received a five-second penalty for being out of grid position and then struggled with his car’s handling after a slow pit stop. Bottas was looking stronger but was tagged by Verstappen while taking care to avoid the squabble between Kvyat and Hamilton during the first lap. The tire blew and though he was able to nurse the car back to the pits for a replacement, he had to contend himself with 13th place, just behind his teammate.

Grosjean managed to survive all this and snagged 7th for himself, just a fraction of a second ahead of Rosberg, who was catching dangerously fast. His teammate, on the other hand, set a new kind of record with a hat-trick of penalties: one for tapping Perez into a spin, one for speeding in the pit lane (while serving the previous penalty, of all things!), and one for overtaking under the safety car.

All through this, Vettel relentlessly held on to 1st place with a vice grip, just as he has always done whenever given the lead throughout his career at Red Bull and earlier this year in Malaysia. Watching him stay ahead of all the chaos was a bit like watching one of those silly Japanese reality TV shows.

The only drama I could have been happy without was Rosberg’s puncture. Had he remained 2nd, the championship fight would have been reinvigorated, but instead Hamilton’s lead only grew. That being said, if the 2015 Hungarian Grand Prix has taught me anything, it’s that anything can happen (as the drivers like to say), and there are still nine races to go this season.

The next one will take place in a month on August 23rd at the iconic Spa-Francorchamps track in Belgium, after the drivers get their summer break. I’ll see you then!