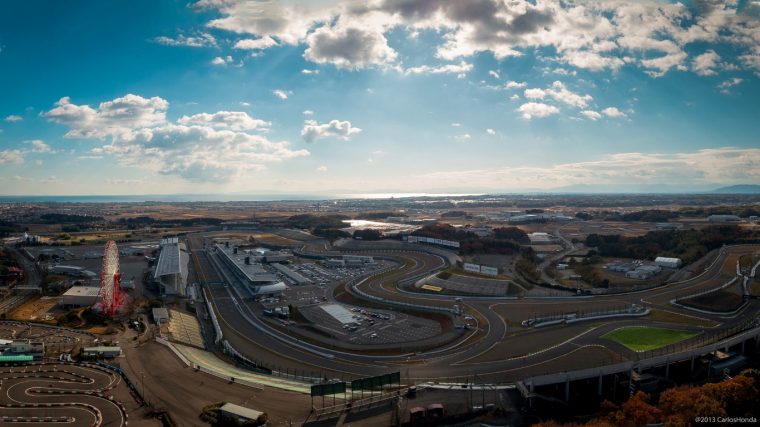 This recap will be a shorter one, but before I go on—put away your tinfoil hats, everyone, because Mercedes is back on top.

After the last Grand Prix, where Mercedes was down about 1.5 seconds in pace after spending nearly the whole season 1.5 seconds ahead of everyone, some people were wondering what happened. Was it just a one-off? Did the tire pressure drama at the Italian Grand Prix reveal that Mercedes had been running an illegal setup all along? Would Mercedes continue to dominate?

Read More: Relive the drama of the 2015 Singapore Grand Prix 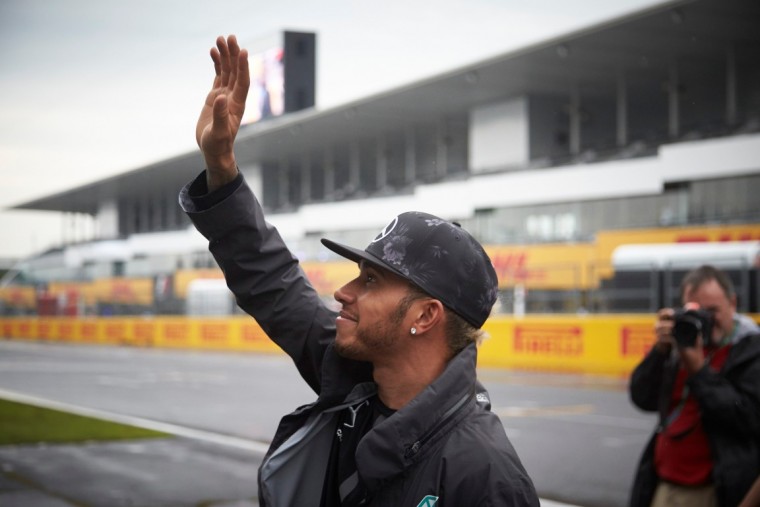 To answer all of those quickly: yes, no, and yes. Mercedes dismantled every tinfoil conspiracy theory by being back to its usual untouchable form for the Japanese Grand Prix in Suzuka, an old-school track with fantastic corners that suits their car far more than hot, slow Singapore.

Thanks to a red flag in qualifying following Kvyat’s terrible crash, Rosberg found himself on pole for just the second time this season, ahead of his teammate. He sorely needed it, because Hamilton had a 41 point advantage in the championship with just six races to go.

Would that Hamilton were not Hamilton. Just two corners later, the World Champion was back in the lead and Rosberg in the grass. Hamilton won comfortably and though Rosberg was able to make the most of his car’s sheer power to recover 2nd place, he lost another 7 points to his teammate in the overall standings. 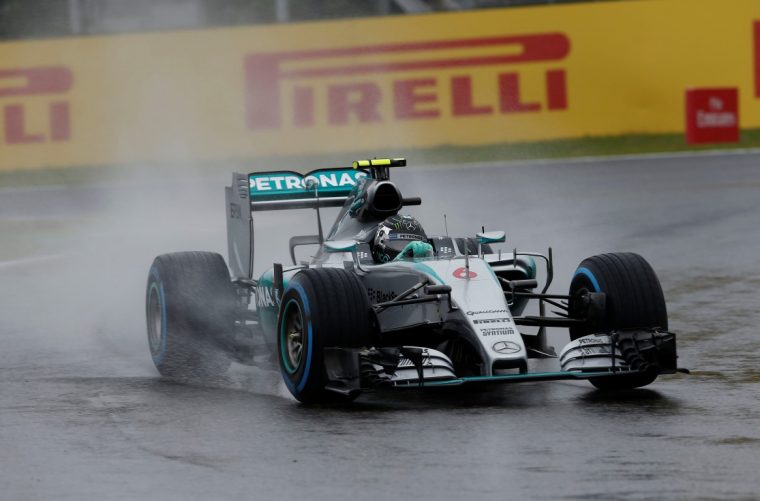 Other than that—and the reason for the short recap today—the race was exceedingly uneventful, with only a few exceptions. Contact between Ricciardo and Massa at the start set both drivers back so far as to have no chance to get any sort of decent result, while the Ferraris proved too quick for Bottas to challenge, even though the latter had qualified 3rd.

Looking Back: Check out this recap of the Italian Grand Prix

The most interesting part of the weekend was the drama surrounding Alonso and Honda. As the owner of the Suzuka circuit, the automobile giant had several big wigs attending the Grand Prix, not to mention thousands of fans—making it all the more insane that Alonso publicly came on the radio to say that their engine was an embarrassment and, at a later instance, compared it to that of a GP2 car. 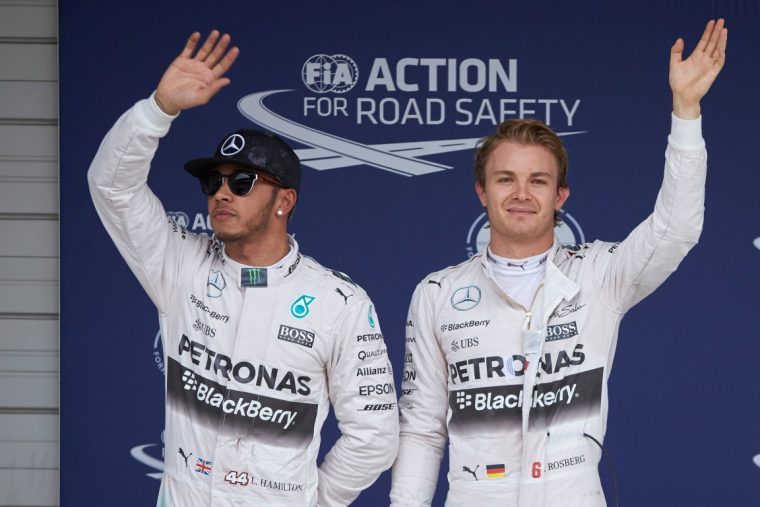 Hamilton and Rosberg celebrate their win

Still, McLaren team boss Ron Dennis said he understood his frustration, even if it wasn’t the best way to go about communicating it, and added that Honda was utterly committed to Formula 1.

Let’s hope that’s true, and let’s hope McLaren Honda gives its two world-class drivers a car that can actually make use of their considerable expertise.

The next Grand Prix will be in Russia at the Sochi circuit, which celebrated its inaugural race last year. See you in two weeks!