Retweeting Nissan Europe's image will lead to a clearer view, hopefully of something that's actually kind of different.

If you want to get a look at the 2015 Nissan Juke ahead of next week’s Geneva Motor Show, you can apparently do just that—provided you are willing to look through a sheer black veil that is being set on fire. At least that’s what the suggestion seems to be with the first official 2015 Juke teaser. 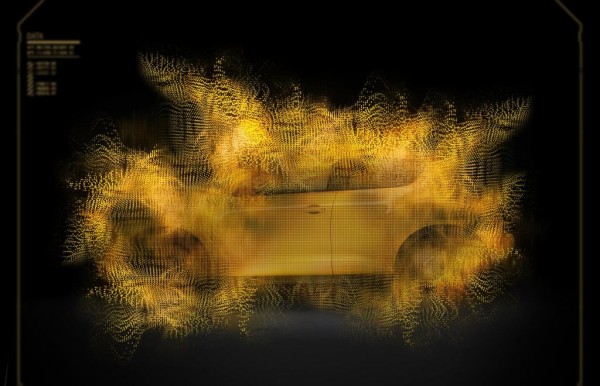 Of course, what we’re not seeing here in the new Juke’s facelift. What we can see: this looks…uh…kind of like a Juke. The 2015 Juke teaser seems to suggest that side styling for the new model is going to be pretty much the same as the current model year. Nissan is boasting “improved efficiency and enhanced refinement,” but then again, isn’t everybody these days?

You heard ‘em, folks. Want a clearer 2015 Juke teaser that doesn’t look like it’s come from Nicholas Cage’s perspective at the end of The Wicker Man? Start retweeting!

So what do you think: are a fancy new front and rear enough to get you onboard with the idea of the 2015 Juke, or do you think it looks perfectly crazy/lovely just the way it is?