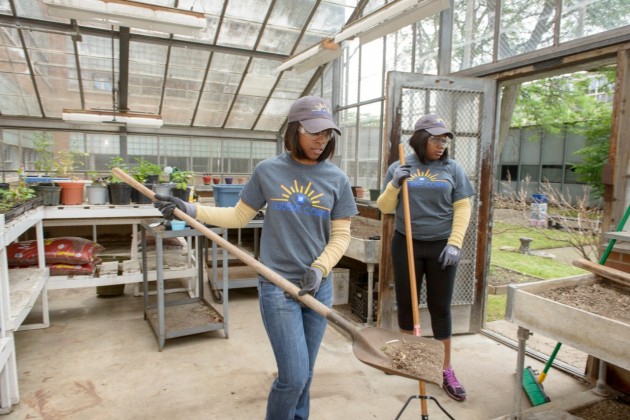 Ten students from Osborn High School in the Detroit area are participating in this summer’s GM Student Corps paid internship initiative. As a result, they will be participating in the clean-up and remodeling of their school in an effort to help beautify their community.

The students will be teaming with retired General Motors employees from the area, all of whom are contributing to a community makeover project that is expected to draw more than 12,000 volunteers in August.

“The students are very interested in leaving a legacy,” said Osborn GM Student Corps team retiree Deborah Easternhall. “They want to look back on their work and say ‘We did that.’”

The students and retirees will take part in Life Remodeled 2015 from August 3rd-7th. This year’s iteration of the project focuses solely on Osborn High, and more than 3,000 GM employees have pledged their assistance. The effort will use $5 million in funds donated by GM to renovate the school’s courtyard, build benches, install solar panels, repair a pond, and rebuild an old greenhouse. Using the greenhouse, students will learn the fundamentals of growing vegetables.