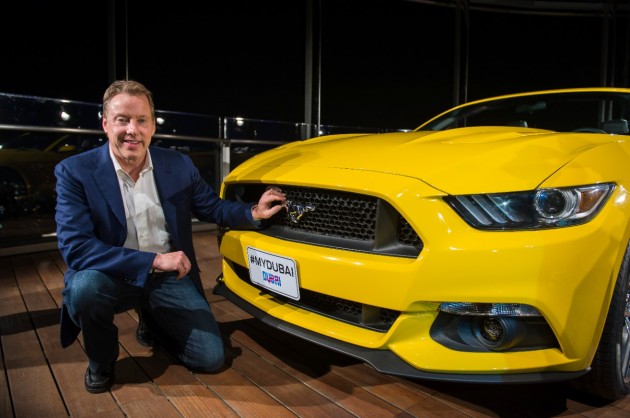 2015 Mustang Arrives in Middle East and Africa (and Bill Ford, too)

Whether you thought Bill Ford’s 18-minute-long Tom Cruise fantasy was one of the more ridiculous marketing stunts you’ve ever seen (and, let’s face it, it was really all kinds of bad), the significance of the 2015 Mustang landing in the Middle East and Africa cannot be understated.

Watch: The 2015 Mustang Arrives in Middle East and Africa

Ford attempted to emulate its iconic 1965 World’s Fair stunt by putting a bright yellow 2015  Mustang on the 112th floor of the Burj Khalifa on Wednesday, signifying that the sixth-generation pony car had arrived at long last in one of the world’s most vibrant automotive markets. While the stunt…well, left quite a lot to be desired…the message was clear: the Mustang is here, and it means business.

Auto sales in the Middle East and Africa are projected to grow by as much as 40% by the year 2020, and Ford’s pledge to introduce 25 new vehicles in the region by the end of 2016 demonstrates its commitment to being a major player on the scene. 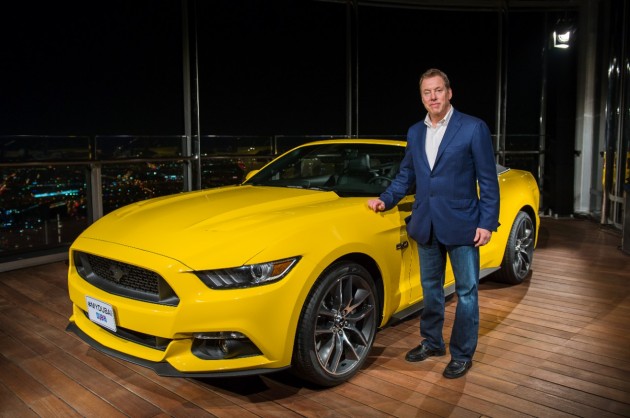 “Today we planted the Ford flag in the Middle East & Africa, an exciting, vibrant region that represents the final frontier for growth in the auto industry,” Bill Ford said. “We also sent a message to the world that Mustang is going global after 50 years as America’s greatest motoring icon.”

The Mustang will join the Ford Focus, Ford Fusion, and Lincoln MKC in the Middle East and Africa sometime next year.