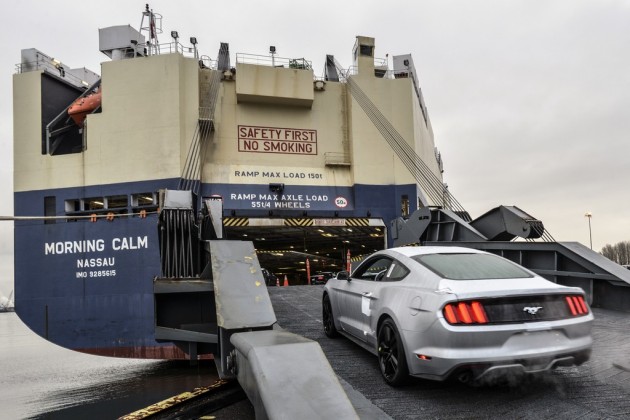 2015 Mustang being exported to Asia

The global launch of the 2015 Ford Mustang is officially underway, with the first shipments boarding freight ships headed for Asia. The Mustang is also now officially on sale in the UK, where it can be had from £28,995.

“Henry Ford exported the sixth Model A assembled in 1903 and we continue this legacy today,” said Joe Hinrichs, Ford president of The Americas. “The success of our One Ford plan presents opportunities for growth in global markets. Exporting Ford and Lincoln vehicles to Asia Pacific and beyond is an important part of Ford’s global growth story. Mustang is just one more example of the international demand for Ford cars and trucks.”

Ford launched the Lincoln brand to China in November, making the MKC and MKZ its first forays into the world’s largest automotive market. The redesigned 2016 MKX and eventual MKS replacement are scheduled to follow over the next two years.

Ford says that it has added 100 new jobs at the Port of Portland in order to support its exporting efforts.

“Serving as a gateway for exports of new Ford vehicles to China and Korea has helped boost employment and bolster our local economy,” said Bill Wyatt, executive director for the Port of Portland. “Auto exports and imports support more than 500 jobs at our marine terminals, and they have been an important part of our diverse cargo portfolio since 1953.”

Though it won’t arrive until later this year, the 2015 Mustang is available for order in the UK as of today. The recommended “On the Road” prices are as follows:

This puts the price of a new Mustang in the UK significantly above prices for the same vehicle in Germany. Like Germany’s availability, the base 3.7-liter V6 model is not making the trip across the Atlantic. 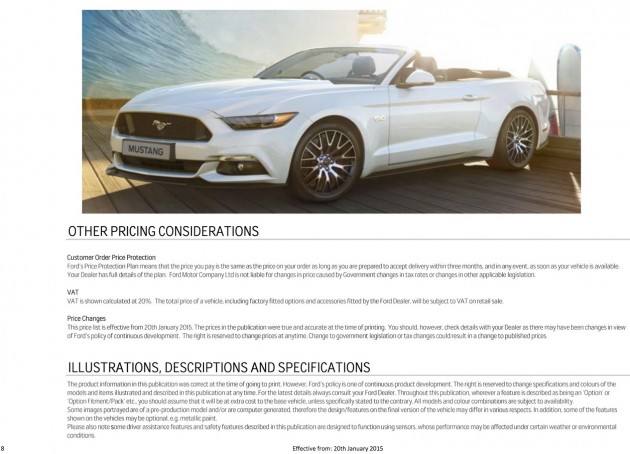