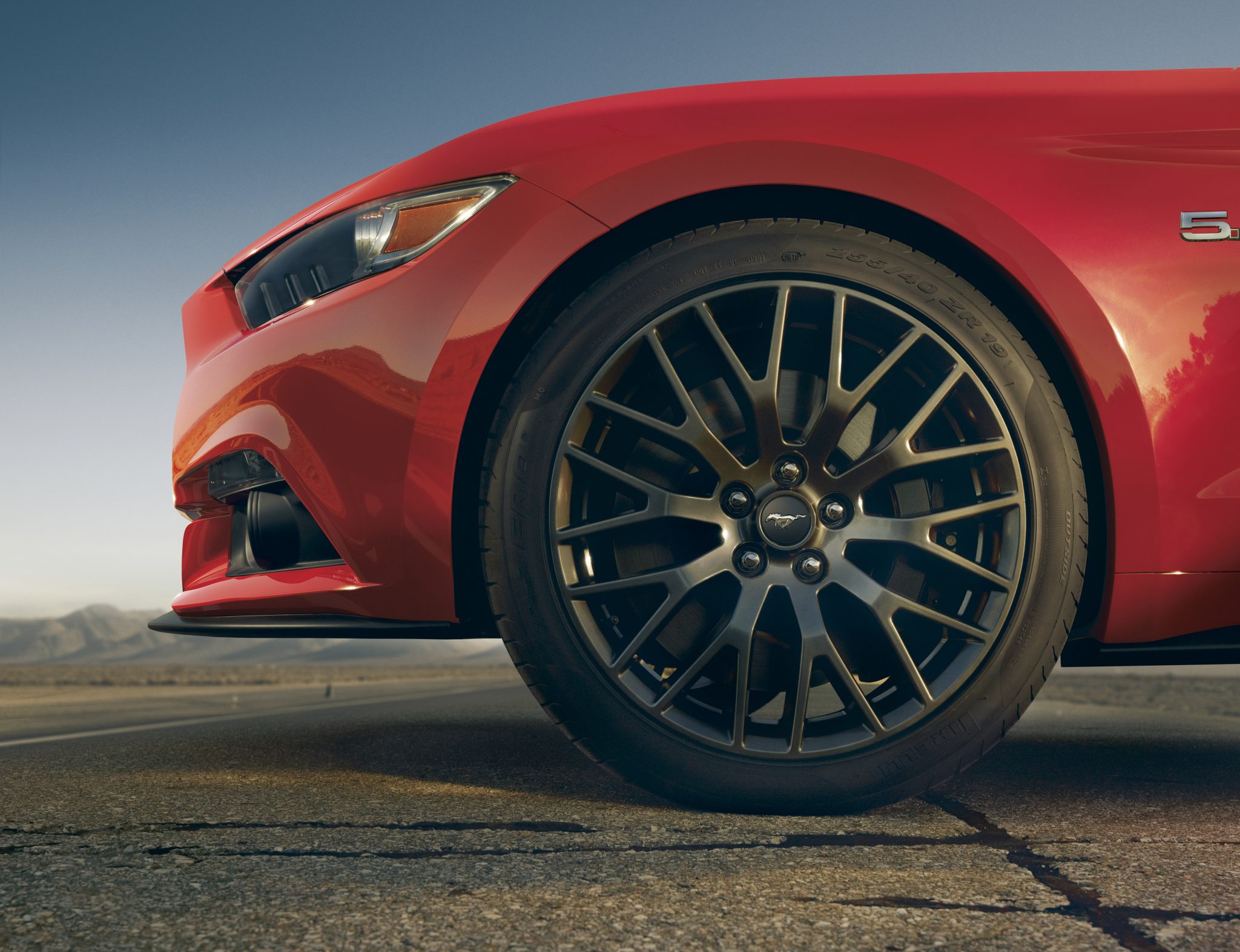 Ford has detailed the 2015 Mustang performance packs available for the EcoBoost fastback and convertible and GT fastback models. We hope you all like bullet points, because there are about to be bullet points. If this was The Matrix, and you were Neo during the rooftop scene, you’d be dodging bullet points. Except you probably wouldn’t be dodging them, probably, since bullet points are inherently harmless and you’ll probably want to read the information they organize.

Yeah. Well, on to the bullet points.

More from Ford: The All-New Ford Edge: Fully Loaded and Ready to Drive

The 2015 Mustang is going to come with three available brake packages:

So the Mustang V6 and the EcoBoost will come standard with the exact same braking package, and the GT will come with double the pistons; larger, fixed calipers in the front; and larger rotors in the front and rear.

The EcoBoost performance pack upgrades it to essentially the same level as the GT and adds 19”x9’ Ebony Black alloy wheels with Pirelli 255/40R19 Y-speed-rated tires in both the front and rear. Performance package equipped EcoBoost Mustangs will have a 3.55:1 final drive ratio.

It’s worth noting that Ford says that the GT performance pack gets you 255/40R19 tires in the front, but the picture above depicts a GT with 255/40ZR19 tires. We’ve reached out to Ford for clarification.

More from Ford: Ford is the Best Global Green Brand 2014

In any case, Ford says that a 2015 Mustang GT with performance package handily bests the performance of the 2013 Boss 302. Yeah, that’s pretty good.

“We set out to create an all-new Mustang that would go, handle, and stop better than any previous Mustang, while also being a better all-around daily driver,” said Dave Pericak, Mustang chief engineer.

If we could be so bold as to jump the gun, we’ll call this a job well done.