2015 Shelby GT Shows Up in Scottsdale 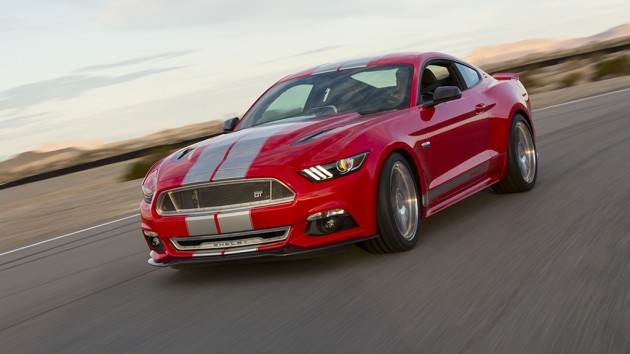 Shelby American decided that it wanted to take up a platform all of its own to show off the 2015 Shelby GT, so it opted to pass over the coldness of the D for the warmth of Arizona.

The 2015 Shelby GT made its world premiere at the Barrett-Jackson Auction in Scottsdale, breaking cover at the Ford Motor Company’s booth. And, really, it’s a smart enough move. If Ford’s NAIAS presentation had been, “First, here’s a more track-capable Shelby GT350R. Now, here’s a brand-new F-150 Raptor. Oh, what’s this? Why, yes, it’s the Ford GT you have all been wanting for so long. And, hey, just for kicks, here’s a 627-horsepower Shelby GT that is available for order right now,” then it’s entirely possible that every head in the front two rows of the COBO Center would have looked like Louis Del Grande’s from Scanners. 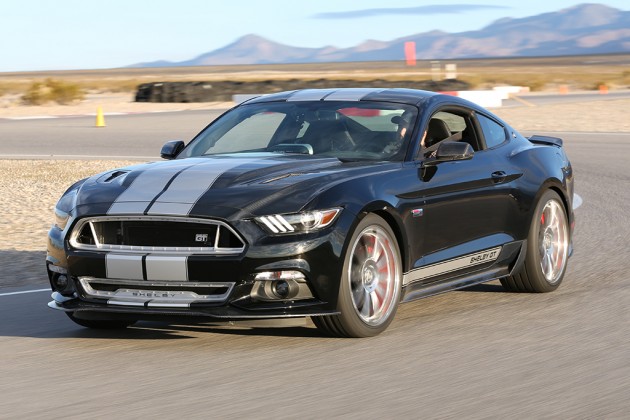 Shopping for a 2015 Mustang? Check Out Ford’s 2015 National Incentives

The new Shelby GT will come standard with a 627-horsepower supercharger and a performance handling kit with Wilwood six-piston front brakes. Those wanting just a little bit more can tack on upgrades that include the Shelby Extreme Cooling system, an adjustable track suspension package, front and rear brake upgrades, and a performance boost that results in more than 700 horsepower.

Base mod price will start at $39,995 and can be built upon any Ford Mustang GT—be it fastback or convertible, manual or automatic. You can build one online at www.shelbyamerican.com/2015shelbygt.asp and place your order today; deliveries are scheduled to start in Q2 2015.

Need a Quick Quote? Get a Credit Estimate from Black Book 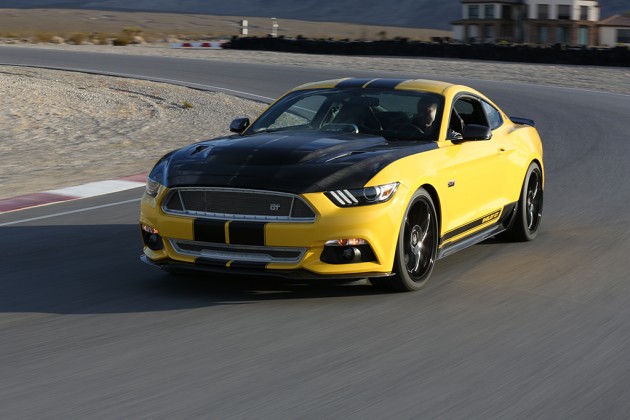