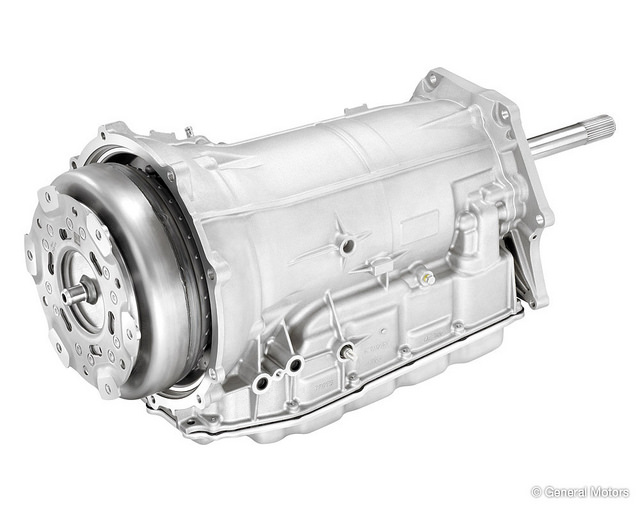 Perhaps you are one of those who thought that Chevrolet was done tinkering with their world-beating 2014 Corvette Stingray, opting to apply the logic of “if it ain’t broke, don’t fix it,” only appending it in this instance to say “if it wins pretty much every automotive award out there, you’re good, brah.” Well, if that is what you thought (specifically, if that is exactly what you thought), you’d be wrong. So terribly, terribly wrong. That’s because the 2015 Corvette Stingray is poised to get even better with the announcement that it will come equipped with an all-new eight-speed paddle-shift automatic transmission.

“Corvette Stingray’s new eight-speed automatic delivers the comfort and drivability of a true automatic transmission, as well as lightning-fast shifts and the manual control that enhance the performance-driving experience,” said Bill Goodrich, assistant chief engineer for eight-speed automatic transmissions, in a press release. “It was designed to enhance the Stingray’s driving experience, with performance on par with dual-clutch designs, but without sacrificing refinement.”

You may remember information about the eight-speed paddle-shift automatic leaking last December, and it turns out that it’s pretty much everything we’ve expected…and more.

The 8L90 will give the 2015 Stingray up to 5-percent greater fuel efficiency than the outgoing six-speed, thanks in part to an 8-pound weight reduction. While the 8L90 is very much the same that will be available with the 2015 Corvette Z06, it will get distinctive clutch and torque converter specs to mesh seamlessly with the Stingray’s naturally-aspirated LT1 6.2-liter.

So you know how they say that too much of a good thing can become bad? Whoever they are, they clearly haven’t seen what Chevy is doing with the Stingray.