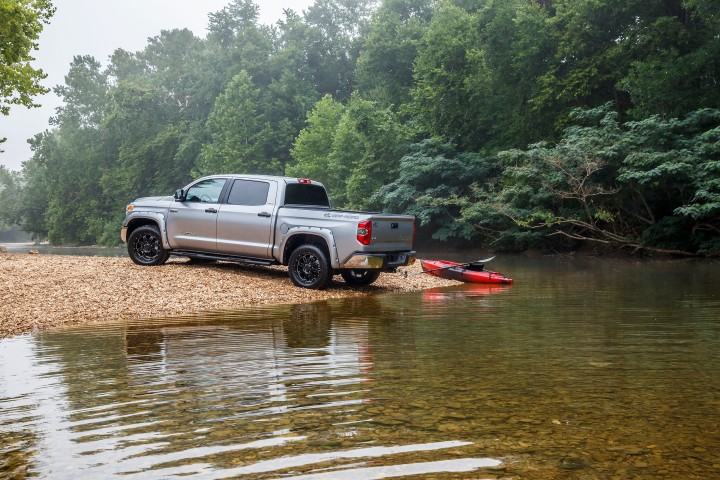 Tomorrow, September 26th, marks day one of the much-anticipated 2014 State Fair of Texas. We’ve already heard that Chrysler Group will be making waves at the fair by showing off its various impressive vehicles, but why should Chrysler Group have all the fun? Today, ahead of the fair’s opening, the 2015 Toyota Tundra Bass Pro Shops Off-Road Edition was unveiled, proving that the saying is true—everything really is bigger (or at least more tricked-out) in Texas. 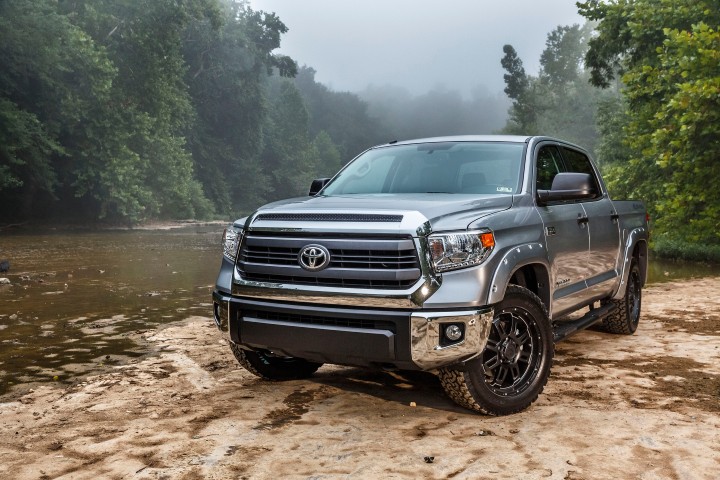 Bass Pro Shops is well-known to those who enjoy various activities of the outdoor kind, such as fishing, camping, boating, and hunting. Now, for the first time ever, the retailer is joining forces with Toyota to create a Tundra pickup truck that will appeal to its core audience. Although the truck is only available in silver, which just sounds like it would get dirty in five seconds flat, it’s packed with enough features and accessories to make it a worthy competitor to other off-road trucks.

The 2015 Toyota Tundra Bass Pro Shops Off-Road Edition is based on Toyota’s 4×4 CrewMax SR5 configuration, which in and of itself is more than capable off-road. The package adds 20-inch black wheels, custom Bass Pro Shops carpeted floor mats, 5-inch oval black step tubes, a spray-on bedliner, pocketed fender flares, and a stainless steel exhaust tip. The collaboration truck is powered by a 381-hp 5.7-liter V8 engine mated to a six-speed automatic transmission, and includes a tow package designed with the outdoorsman in mind.

Fancy getting your hands on one of these bad boys? Unfortunately, the limited edition model will only be offered for sale at Toyota dealerships in the Gulf States region—that it to say, Arkansas, Louisiana, Mississippi, Oklahoma, and Texas. But it might be worth the drive if you live close enough, because every purchase also comes with a lifestyle package worth $1,000 that features either fishing, hunting, camping, or marine outdoor gear from—where else—Bass Pro Shops.