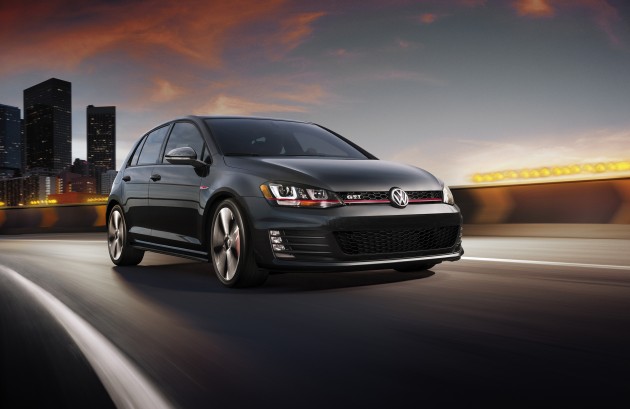 After bestowing the title upon the Tesla Model S in 2013 and the Chevy Corvette Stingray in 2014, Yahoo has now selected the Volkswagen Golf GTI as the 2015 Yahoo Autos Car of the Year. The GTI’s victory represents a significant step down in pricing from the Stingray and Model S, as both models retailed for more than twice the cost of the VW Golf, which starts at around $24,000. Yet the relatively cheap GTI still performed to the Yahoo Auto editors’ liking in the categories of performance, efficiency, value, design, and engineering. See their judging process in the video below:

“This car goes above and beyond what’s expected within its segment,” says Yahoo Autos editor and racer Alex Lloyd, when explaining the reason for the GTI’s selection. “The Hellcat and the Z/28, for example, truly nailed what each machine is designed to be. But with the GTI, there was never an environment where it felt out of place. It was at home on the highway, at home getting groceries; it was even at home on the racetrack, producing lap times similar to that of the mighty Mustang.”

The 2015 Volkswagen Golf GTI has a few more inches in cargo space than its predecessor, with improved styling and an upgraded cabin that now “brings Audi-level refinement” to the compact, according to contributing editor Steve Siler. 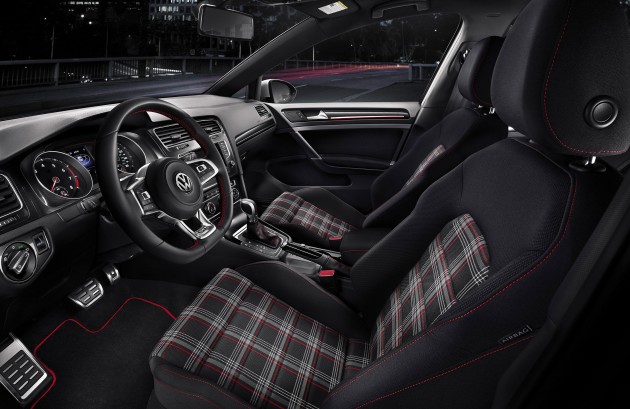 The interior of the 2015 Volkswagen Golf GTI, which possesses “Audi-like refinement”

The GTI is powered by a 2.0-liter turbo four-cylinder engine, which now yields 210 horsepower, 258 lb-ft of torque, and a respectable 25 mpg city and 33 mpg highway fuel rating.

The Golf GTI that the Yahoo Autos crew tested was equipped with a $1,495 performance pack, which becomes available next month and adds on another 10 hp, a new limited-slip differential called VAQ, and better brakes. With that added muscle, the GTI scored a 44.9 second lap time, putting it right behind the Ford Mustang.

According to Lloyd, the Yahoo Autos Car of the Year “constantly delivers more than you expect.” The 2015 Volkswagen GTI is “a lovely cruiser, nippy and fun during city driving, and downright magnificent for a front-wheel drive machine on the autocross.”