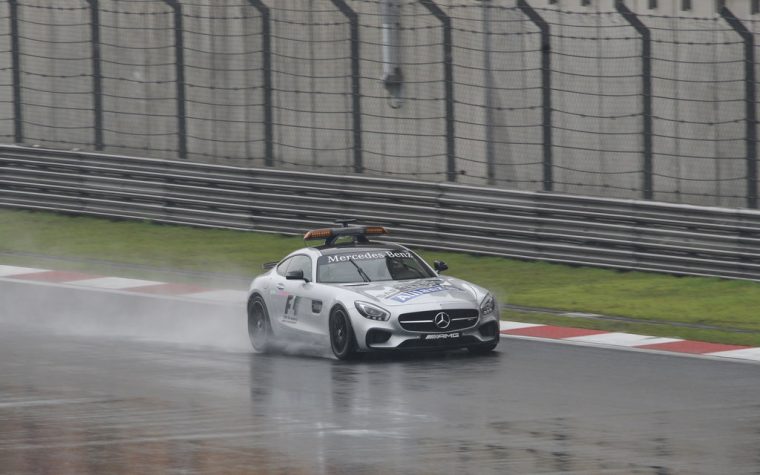 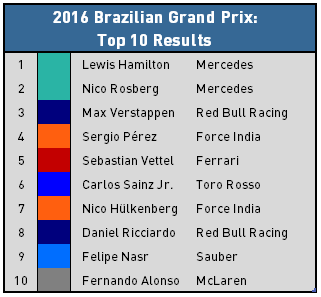 Even as a Formula 1 fan, the 2016 Brazilian Grand Prix was a bit of a drag. It was raining, as it often does at the Interlagos circuit in Sao Paulo, which on its own is not a problem. What was a problem was that even though the full wet weather Pirelli tires can dispel up to 65 liters of water per second, they still couldn’t handle of all of the standing water, which led to numerous aquaplaning events.

This led to numerous accidents, causing the safety car to come out five times and the race was even red flagged twice. Several cars retired and we had hours of listening to the drivers argue over the radio over the best tire choice (full wet vs intermediate) and whether it was even safe to drive.

Despite the chaos and the unpredictability, the final result perhaps should have been expected, with Lewis Hamilton leading the charge from the get-go and Nico Rosberg somewhat casually strolling to second place, not willing to compromise his championship with an unnecessary crash. Max Verstappen was easily the most impressive driver of the day, finding grip where others slipped and making several ballsy overtakes throughout the race. He made driving a car at 150 mph around a drenched circuit look easy.

What’s Better? Air conditioning or driving with the windows down? 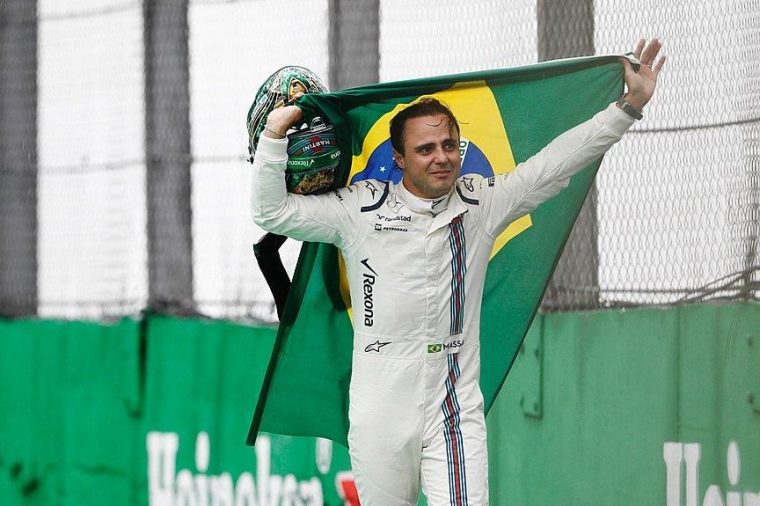 The Brazilian Grand Prix also marked Felipe Massa’s final home race before his retirement at the end of the season. After crashing his Williams, Massa walked back to the pits under the rain while carrying the Brazilian flag, to the cheer and tears of the crowd that has watched him race in F1 for the last 15 years.

It will all come down to the final race in Abu Dhabi now, where Rosberg will attempt to become a Formula 1 World Champion for the very first time. Thanks to his 12 point lead, all he needs to do to guarantee this is finish in the top three, or lower if Hamilton doesn’t win the race. In theory, this should be easy for any driver behind the wheel of a Mercedes, but there’s no telling what will happen. Last-race upsets have occurred many times in the past and Rosberg could easily see the championship slip from his grasp at the very last moment.

In fact, it was at the 2008 Brazilian Grand Prix that Felipe Massa came ever so close to winning the championship. He did everything he needed by crossing the finish line first in his Ferrari while Hamilton was failing to get into the point window he needed. But a surprise shower at the end of the race allowed Hamilton to get past a few struggling cars and just narrowly get the position he needed at the very last corner of the very last lap. That’s how close it can get. 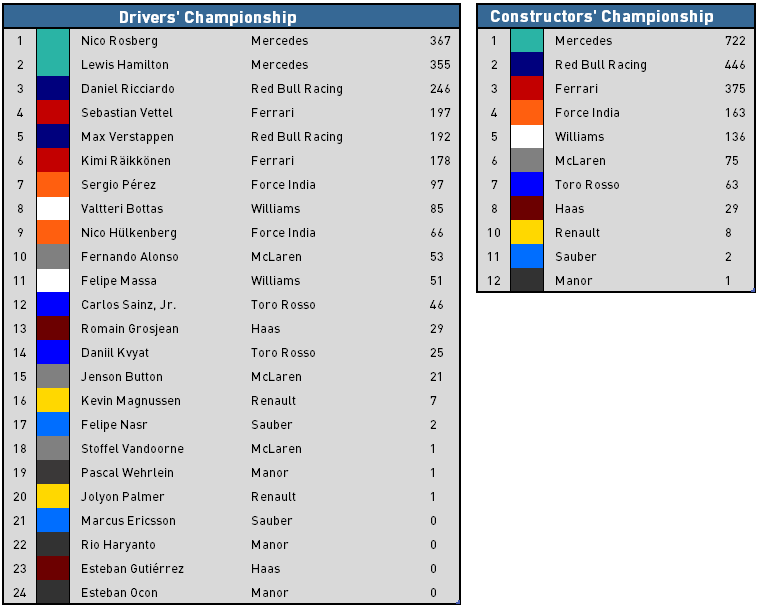