Boy, does that badge ever look familiar
© General Motors

Two months. 61 days. More than 1,400 hours. Around 87,000 minutes. Just shy of 5,250,000 seconds. That’s how long you have to wait from the moment you read this until you lay eyes on the sixth-generation Camaro, which has been officially announced for a May 16th reveal.

Chevy will unveil the 2016 Camaro during a day-long event on Belle Isle that will also serve as a precursor to the May 29-31 running of the Chevrolet Detroit Belle Isle Grand Prix. It’s expected that about 1,000 people will be in attendance; space is limited for the free event, and pre-registration is required. Good news for Camaro owners everywhere: you will be given priority if you agree to bring your Cammy.

The event will include a “Camaro Museum” display, available laps around Belle Isle Grand Prix in a 2015 Camaro Z/28, meet-and-greet opportunities with 2016 Camaro’s designers and engineers, and Camaro-only parking. 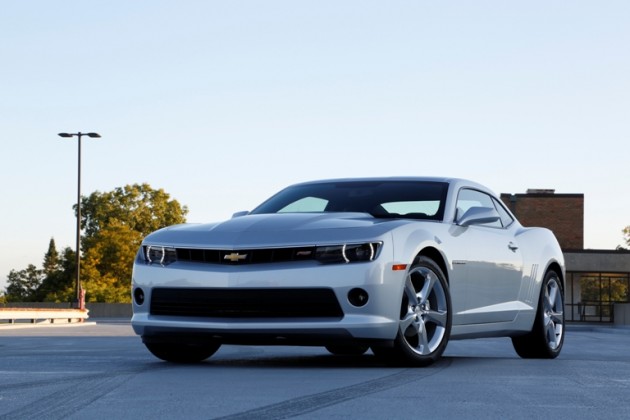 “This will be an event Camaro fans will not want to miss,” said Todd Christensen, Camaro marketing manager. “This is only the sixth time we have introduced an all-new Camaro. We wanted to share the moment with the customers and fans who have helped make Camaro both America’s favorite performance car for the past five years, and a cultural icon since 1967.”

You can register at www.thecamarosix.com, where you’ll find—among other things—a wall of huge text, your link to RSVP, and the sound of the 2016 Camaro’s engine available as a downloadable ringtone.

Even better, it’s revealed that the new Camaro will be revealed in increments “from the inside out.” Expect two new pieces of the puzzle to be revealed on each of the following days: March 19th and 30th; April 9th, 20th, and 30th; and May 11th. The first hint we have comes in the form of the badge displayed in the teaser image at the top of the page, which is a reinterpretation of the famous red/white/blue Camaro badges of old.