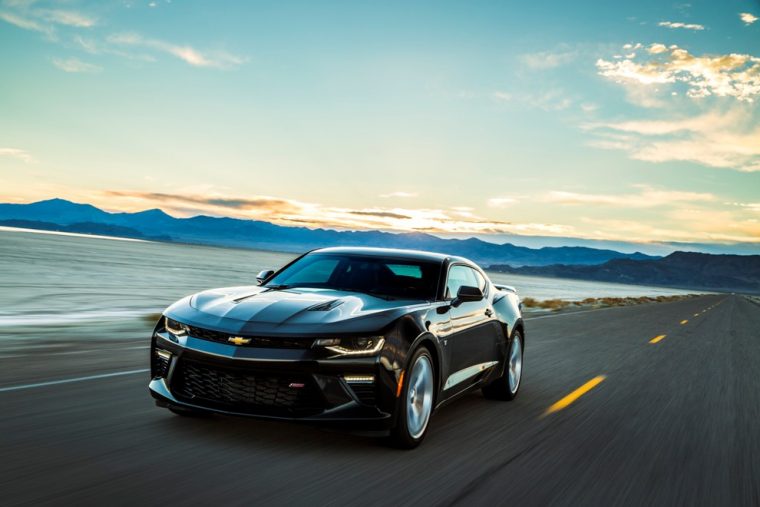 There is no question that the 2016 Chevrolet Camaro has been one of the most anticipated cars of the year. Since its unveiling, car fans around the country have asked when it would available for ordering with the same regularity of a bored toddler in the backseat of the car on a long road trip asking “Are we there yet?” I know that I did a little dance in The News Wheel office when we finally got word late last month that the production models were not only rolling off of the assembly line but were shipping to dealerships nationwide.

It should come as no surprise to anyone, then, that the new Chevrolet Camaro has been named the Motor Trend Car of the Year. It was up against some stiff competition, including the all-new (and equally as anticipated) Mazda MX-5 Miata and luxurious BMW 7 Series. The Camaro’s incredibly fun and dynamic drive, coupled with its cutting-edge engineering, helped push it to victory over the competitors. Reviewers loved their testing time in the Camaro, with Motor Trend’s Jason Cammisa saying things like “Hallelujah, Jesus Christ, and holy stuff this thing is fracking incredible! I could have lapped it for the next 10 years. I am absolutely in love with this car’s limit handling.” *

According to reviewers around the country, all of the anticipation for the new Camaro is completely justified. With three engine options and trim levels for every type of driving enthusiast, the Chevy Camaro is a great American muscle car. The newly sculpted exterior also gives the vehicle just a little bit more drama while still giving tribute to the original model. You can learn more about the all-new Chevrolet Camaro’s details and features in our model overview. While the car is currently shipping to dealerships, high demand might make this new generation difficult to find. Congratulations to the team at Chevrolet on their well-earned achievement.

*I’m pretty sure Motor Trend edited that quote, because if I was test driving the new Camaro my language might be a little less safe for work.