2016 Chevrolet Cruze to Be Lighter, Get Seven-Speed Dual-Clutch Gearbox 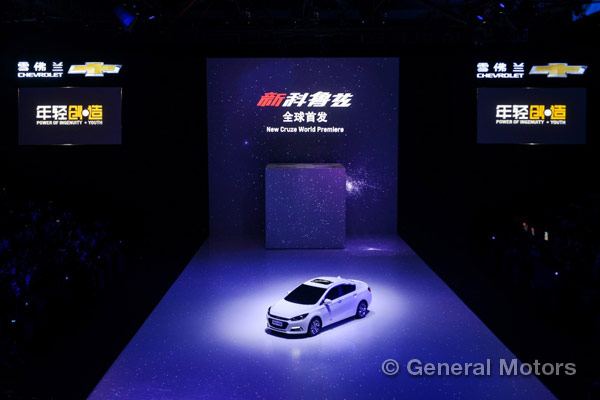 The 2016 Chevrolet Cruze ushers in the second generation for the model (2015 in the Chinese market). When it arrives, the Cruze will be the only sedan in its class to be available with a seven-speed dual-clutch transmission. In fact, only a few vehicles in the Cruze’s class offer any kind of dual-clutch gearbox—the Ford Focus, the Mazda3, and the Dodge Dart. All three, however, rely on a six-speed transmission.

Of course, Chevy’s competitors could very well react and tack on seven-speed dual-clutch transmissions to their offerings as well, but for now, the Cruze stands alone.

We are also learning that the 2016 Chevrolet Cruze will be much lighter than models of the previous generation. The first-gen Cruze was on the heavier side in its class, hovering around the 3,000 lb mark. While GM Authority couldn’t yet confirm the weight of the new generation, its sources promised that the 2016 Chevrolet Cruze will be “significantly lighter,” even with that all-new seven-speed dual-clutch transmission.