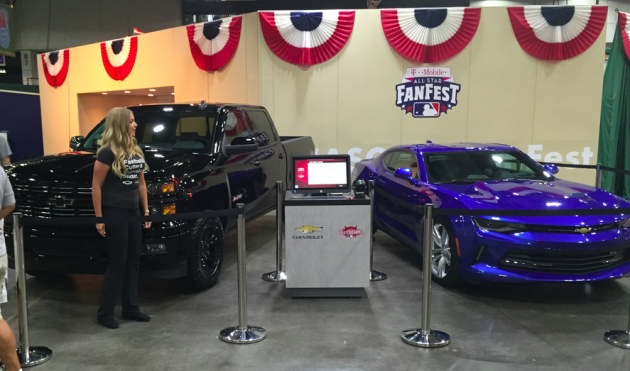 After the 2016 Chevy Camaro debuted in Detroit this past May, the bowtie brand promised that the all-new sixth-gen model would go on a cross-country promotional tour so that those of us outside of the Motor City could still check it out.

This week, the newest version of the classic American muscle car made its way to Cincinnati, Ohio, where it’s currently being displayed at the 2015 T-Mobile All-Star FanFest in the Duke Energy Convention Center downtown.

Check out our gallery of photos:

Related info: The 2016 Camaro Will be Assembled in Michigan

The new Camaro is sharing the spotlight with the 2015 Chevy Silverado Midnight Edition, a special edition of the pickup truck that’s been limited to no more than 5,000 units.

On Tuesday night, whichever player is chosen as the MVP of the 2015 Major League Baseball All-Star Game will get to pick whether he would like the Silverado Midnight Edition or the 2016 Camaro as his prize (and then, presumably, donate it to charity). 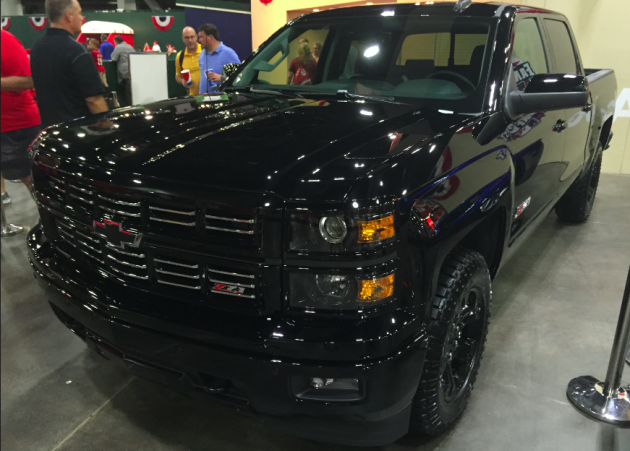 Visiting Cincinnati? The Most Thrilling Rides at Kings Island

Thousands of baseball lovers from all over the world have stopped into the FanFest, and Chevy’s been asking them to vote for which vehicle they think the MVP should choose. As of today, the race is a dead heat: 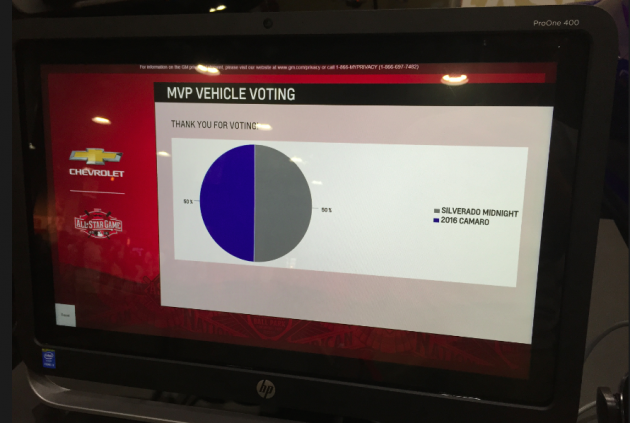 For the record, we voted Camaro. And we also plan to #VoteFrazier when it comes time for selecting MVP honors.