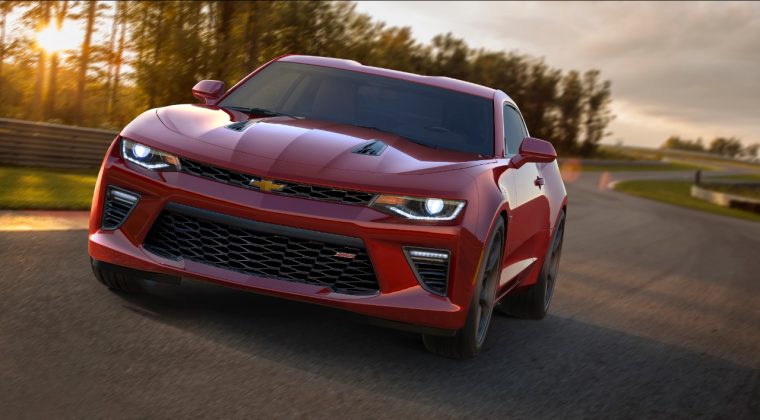 Car and Driver has released its 2016 10Best list, an annual roll call of the publication’s 10 favorite sub-$80,000 automobiles. Making the cut for this year is the new sixth-generation 2016 Chevy Camaro, which the magazine praised for “elevating the entire genre” of the American muscle car.

“Quick electric-assist steering and excellent front-end grip mean that you fire the Camaro into corners,” Car and Driver editors wrote after taking the all-new Camaro SS for a test drive. “There is no extraneous steering input necessary as the Camaro exhibits excellent path control. Body motions – roll, pitch, and squat – are all tightly controlled. What little body motion that is allowed is meted out in a perfectly progressive fashion. A trustier back-road companion is hard to come by. It’s not the muscle-bound brute some might be expecting and that its body might suggest – it’s a fully modern sports coupe.”

The new Camaro also earned a 5-star review from Car and Driver, placing it first in the automotive publication’s rankings of muscle cars, above its longtime rival and fellow 10Best honoree the Ford Mustang.

“The fifth-gen Camaro was America’s best-selling performance car for five consecutive years,” said Chevy Marketing Director Steve Majoros. “To build on that success, the team delivered an all-new sixth-gen model with even greater levels of performance, efficiency, and technology. Being named one of the 10Best cars of 2016 by Car and Driver shows new Camaro is not only the best car in the performance-car segment, but is one of the best new cars on the market regardless of category.”