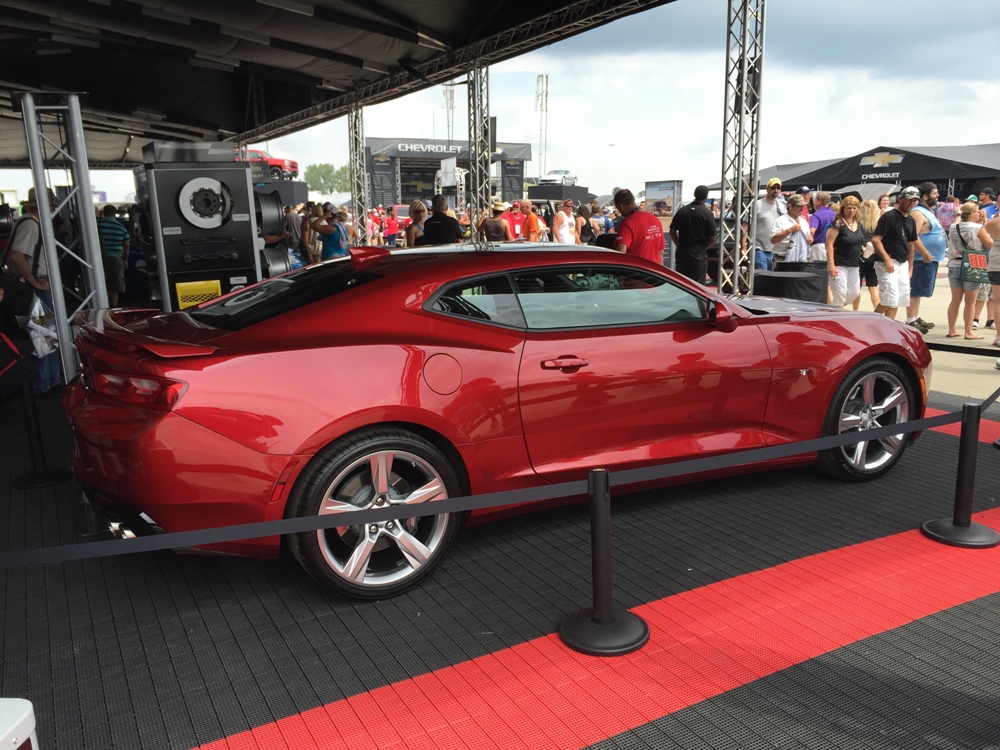 After its Detroit debut, the all-new sixth-generation 2016 Chevy Camaro embarked on a cross-country tour. Its first stop was at the Indianapolis Motor Speedway for the Indy 500, and then it made its way to Cincinnati for the 2015 MLB All-Star Game. Then this weekend, the Camaro made an encore appearance at Indy, this time for the 22nd running of NASCAR’s Brickyard 400.

The 2016 Camaro that bowed in Cincinnati was a blue convertible (which MVP Mike Trout snubbed in favor of a Silverado Midnight Edition), but racing enthusiasts in Indy were treated to a shiny red SS model.

Take a look at the photo gallery below:

Knowing NASCAR fans tend to care more about what’s underneath the hood, Chevy put the Camaro’s brand new LT1 6.2-liter motor on display, as well. Yielding 460 horsepower at 6,000 rpm and 465 lb-ft of torque at 4,600 rpm, the direct injection Gen V Small-Block V8 crate engine is the most powerful Camaro SS powertrain ever, and should provide the new muscle car with some significant get-up-and-go, considering the curb weight is about 200 pounds lighter than the previous model. 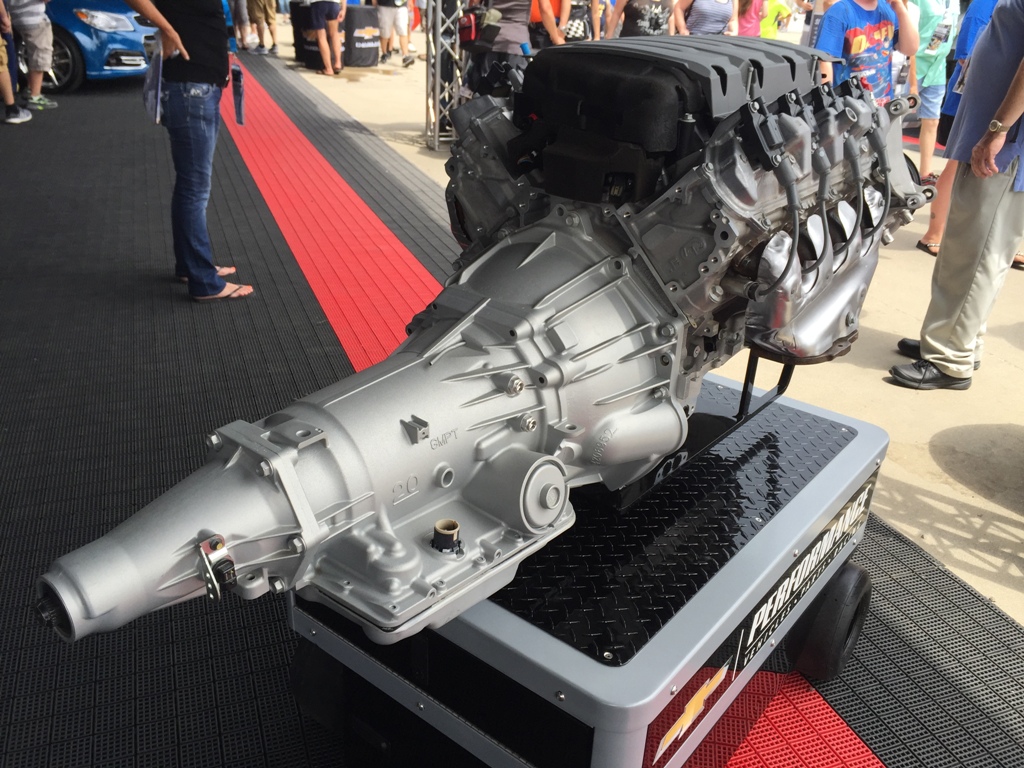 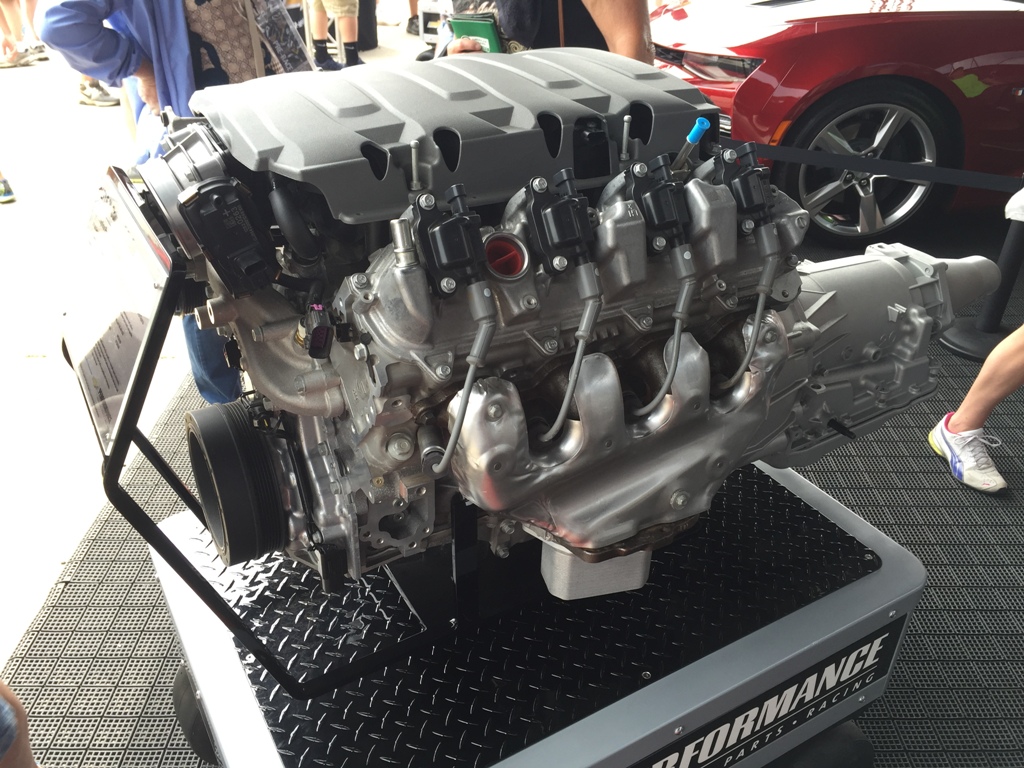 As usual, Chevrolet had a major presence at the Brickyard, displaying lots of other new 2016 models in addition to the Camaro. Before the race, NASCAR drivers were paraded around the track in Silverado pickup trucks, and there were several former Chevy pace cars in attendance, as well as this year’s Chevrolet SS pace car, which was driven by Women’s World Cup champ and Indiana native Lauren Holiday.

Ultimately, though, it wasn’t a great day for the automaker’s drivers, with Chevy fan favorites like Jeff Gordon and Dale Earnhardt Jr. having disappointing days at the track. The victory went to Kyle Busch, who has been dominant as of late, winning his third straight NASCAR race in the No. 18 Toyota Camry.